Global equity markets have staged a bit of a comeback in recent weeks, with a few having made new highs. Some of the concerns that troubled investors a month ago: Chinese property sector, fading global economic momentum, sharply rising bond yields, and inflation, continue to linger. But, they have largely taken a back seat to the third quarter earnings being reported by hundreds of companies around the world. We discuss key takeaways from the results, and address the logistical bottlenecks, and shortages of materials and labour that are plaguing many companies these days.

Corporate earnings have been on the rise ever since economies began to reopen over a year ago. Since then, research analysts that track companies very closely have largely been raising their quarterly earnings estimates for most stocks, driven by broadening economic momentum. But, that trend started to change a few months ago, with the pace of upward revisions to earnings estimates slowing markedly. In other words, expectations heading into this quarter’s earnings season were relatively low.

Nearly half of the earnings season is now complete. Encouragingly, results reported thus far have been good enough, and have served to reassure investors. More specifically, many companies have indicated that demand has been strong and that backlogs (indicative of future sales) are also healthy. But, many companies made it abundantly clear that the availability of materials and the logistical infrastructure required to move supplies and product is facing significant strain. Moreover, many of them are finding it increasingly more difficult to attract and retain workers.

Some management teams suggested the supply chain situation may deteriorate in the near-term, and may persist through the first half of the year. They are hard at work finding ways to manage their situations by sourcing materials and components from new suppliers, offsetting cost increases with price increases of their own, and in some cases going as far as reengineering their products. These measures helped many companies protect their profit margins this past quarter despite the challenges.

At the very least, some of these supply issues should get resolved over time. Factories forced to shut down are still in the process of reopening. Meanwhile, capital expenditures are ramping up in areas like the semiconductor industry which should eventually alleviate the stress on chip supply. And transportation bottlenecks may eventually improve as the trucking, rail, aviation, and shipping industries are working on a host of measures to hopefully ease the high levels of congestion at ports and railyards. It will undoubtedly take time, but these supply chain issues are not insurmountable.

The labour shortage is another conundrum. In essence, the pool of available workers in various regions seems to have shrunk. This has led to a high number of job postings that have yet to be filled. For example, in the U.S., there are just over 10 million job openings currently, well above the 7 million seen just a few years ago. It’s a similar issue in Canada. And it’s not clear how easy it will be to rectify the situation.

The pandemic likely caused some people to leave the work force for a host of reasons: early retirement, child care, concern for personal safety, or simply because the government assistance they received provided little incentive to look for work. Low immigration levels are also somewhat responsible for the elevated level of job vacancies. Some of this may reverse over time as life increasingly returns to normal. But, there is some risk that a labour shortage could result in sustained wage pressure as the market for workers becomes increasingly competitive. This would add to the inflation narrative that already exists in the marketplace today and present a potential headwind to company profit margins.

Overall, the third quarter earnings reports have been met with a sigh of relief from most investors. But they also confirmed that the supply-related pressures that have been so well documented of late are meaningful, and likely to persist to varying degrees next year. It is something we will continue to watch closely given the implications for central bank policy (i.e. interest rates) and corporate earnings, both of which underpin our positive bias towards equities.

The peak-to-trough numbers for the COVID-19 market decline and subsequent recovery are provided in the table below, as of yesterday’s (Thursday, October 28th) closing prices.

The new year has gotten off to a poor start. The main culprit has been government bond yields which have moved to highs not seen since before the pandemic. There continues to be some angst among investors that central banks may be aggressive in tightening... 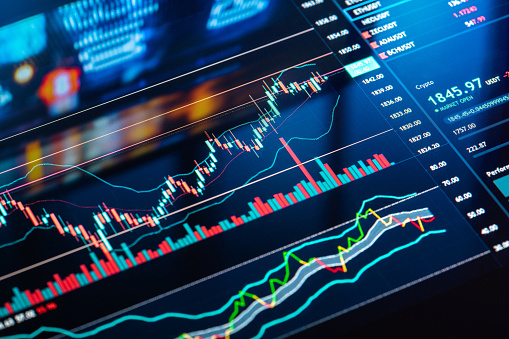 Market Review 2021: A Recovery Amid Challenges

KEY TAKEAWAYS Stock markets continued to climb higher in 2021, with the S&P 500 hitting a series of all-time closing highs and ending the year near a record. While COVID-19 continued to dominate headlines, concerns also focused on inflation and its potential...

Happy new year, sort of. If you’re experiencing a case of déjà vu, you’re not alone. Canada, and much of the rest of the world, is once again grappling with another wave of rising infections of COVID-19. It feels eerily similar to the beginning of last...