Happy New Year! Welcome back to our regular economic update.

In our first blog post of 2021, we provide you with your regular economic update that includes commentary on the recent events in the U.S., along with our thoughts on the meaningful shift in the dynamics of the next U.S. administration. We’ve also included a link to the article “What are the consequences of the growing government debt dilemma?”

Have you created an inventory of your digital assets? The Wealthy Barber shares his thoughts on digital assets in the recent, and very short, video below. Please take a couple of minutes to watch it.

As always, we end our weekly posts with a few good news stories from in and around our community.

Investors are looking past COVID-19 concerns and headwinds to near-term economic growth, with the view that the second half of the year will mark the beginning of a more permanent and sustainable global recovery once mass vaccinations have occurred. Over the past week, the global media was understandably focused on the chaos on Capitol Hill in Washington, DC. We believe the more meaningful political development from an investment standpoint took place instead in the state of Georgia, with U.S. Senate elections that proved to be surprising. We discuss the implications of the results and share an update on the state of the pandemic.

Georgia on our minds

It feels odd to focus on something as granular as a particular U.S. Senate race. Nevertheless, this week’s run-off election for two seats in the state of Georgia proved to be particularly important as it has meaningfully shifted the dynamics of the next U.S. administration.

If you recall, the U.S. elections in November 2020 were three-pronged: the Presidency, the House of Representatives, and the Senate. The Democratic Party won the Presidency and maintained control of the House, while the Senate elections resulted in 50 Republican seats, 48 Democratic seats, and 2 seats that were undecided. The latter were previously held by the Republican Party for the past 15 years in the historically conservative state of Georgia. No Senate candidate in the state had more than the 50 percent required to win last fall’s election. As a result, a run-off election was held this past week, and resulted in an outcome that seemed to defy all odds. The Democrats won both seats. With the Vice President holding the tie-breaking vote in the Senate, this week’s development now means that an upcoming “Blue Wave”, in which the Democrats control the Presidency and both chambers of Congress, has become a reality.

Why does this matter? A government largely controlled by one party – as the U.S. is about to have - faces less hurdles in passing new legislation. Nevertheless, we still don’t expect to see the kind of sweeping policy changes that some investors have feared, particularly as it relates to taxes, both corporate and personal, and regulation across sectors such as energy, technology, and health care. Instead, we expect the changes to be incremental and more benign in nature. The reasoning is that despite the fact the Democratic Party will effectively have control over the Senate, there are far more centrists that have been elected. A tied Senate has historically led to more bipartisanship, with coalitions forming among the so called moderates within both parties. This should help limit the extent to which any drastic policy measures get approved.

We expect the new U.S. administration to immediately pursue a larger and more meaningful stimulus program aimed at helping the U.S. economy through the year. This should underpin the positive investor sentiment that already exists today and be supportive for valuations in the more economically sensitive areas of the equity market.

On the surface, not much appears to have changed on the pandemic front in recent weeks. New daily infections continue to move higher as they have for some time across a range of countries: Canada, the U.S., South Africa, the United Kingdom, and Japan for example. But, there have been two noteworthy developments in recent weeks that are worth discussing.

First, at least one new strain of the virus has been formally identified. Unfortunately, its transmissibility has been reported to be much higher than the original pathogen, though no more deadly. This may help explain why the infection and hospitalization rates in the United Kingdom, where it was first discovered, have jumped significantly over the past month, forcing governments to undertake more restrictive lockdowns across certain parts of the region. That hasn’t been the case elsewhere in Europe, where case figures have yet to show the same kind of surge seen in the U.K. The new strain has been detected elsewhere, including in North America.

The second development is on the vaccine front as inoculations have begun. There has understandably been frustration with respect to the pace of vaccinations, with year-end figures falling short of initial estimates. But, it is worth remembering that the mere discovery of a successful vaccine – and approval within the past month - was a huge triumph in itself. Executing a mass program for billions of people was always going to prove to be an extremely complex logistical undertaking. The pace has begun to accelerate, with millions of people around the world having been vaccinated over the past week alone. Moreover, there may be additional vaccines available over the next few months with Johnson & Johnson and AstraZeneca each having candidates that are expected to apply for emergency use authorization.

Investors, and everyone for that matter, will have to remain patient. We continue to focus on the bigger picture: the vaccination process is underway, likely to accelerate, and should pave the way for an eventual relaxation of restrictive measures and reopening of the global economy later this year.

Read the full article online: What are the consequences of the growing government debt dilemma? 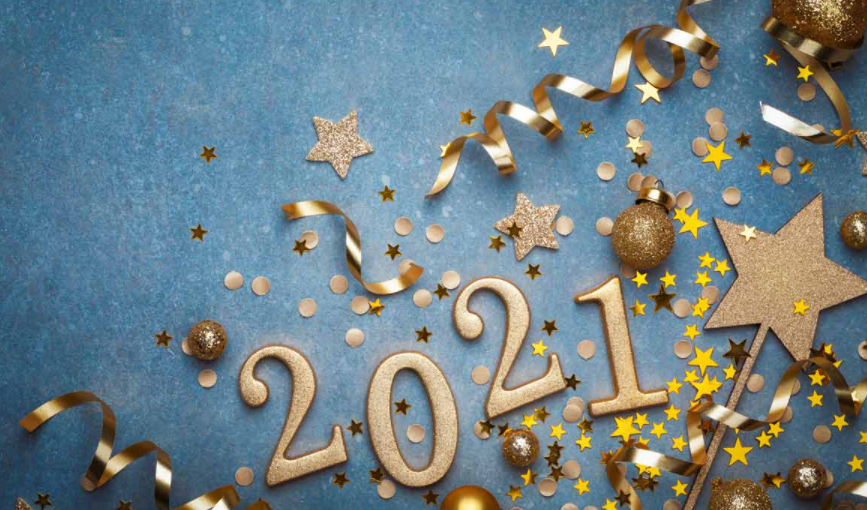 Each week, we like to end our blogs with a few good news stories from in and around the community. We hope that they brighten your day!

A tailwind for the Canadian stock market

Wishing you and your family all the best for a safe and happy holiday season. Our office will be operating on holiday hours between December 24 and January 4.

Reflections and learnings from the year that was

In our final weekly blog post for 2020, our featured commentary provides you with an update on the coronavirus, our reflections on 2020, and a look ahead to 2021.