Our insight into the recent additional spending announcement from the Government of Canada.

Global equity markets took a bit of a breather this week, with no meaningful gains or losses. The market narrative continues to be focused on COVID-19. The United Kingdom became the first country in the developed world to approve a vaccine. Meanwhile, new infections continue to rise across various parts of the world. In Canada, the focus over the past week was on the banks, whose results offered very few surprises and reinforced the view that the companies are well prepared to deal with credit losses. The challenge for the sector that now lies ahead is with respect to revenue growth. The bigger development in Canada came from the federal government, with their announcement of additional spending aimed at helping the country cope with a period of vulnerability.

Canada’s rate of growth of new infections neither accelerated nor decelerated over the past week. Its seven-day moving average of new daily infections is now just over 6,000, versus the 5,300 from the prior week. The East Coast was able to tame its apparent outbreak from a week ago and has seen few increases in the rate of new infections. Manitoba also witnessed a drop in its average of new daily cases, but other provinces were not so lucky. Ontario led the way with the highest growth rate in new daily infections, which is disappointing considering it had seen a moderation in growth rates recently. Elsewhere, most other provinces saw slightly lower rates of growth in new infections. None were necessarily alarming, but we have yet to see the declines that many are hoping for.

Europe continues to see a slowing in its second wave across countries such as France, the United Kingdom, and Spain, though other countries have seen less improvement to date. Elsewhere, other regions now appear to be grappling with their own second waves. Countries ranging from Turkey, to Japan, South Korea, Brazil, Iran and Russia are experiencing trends that are moving in the wrong direction. Given the potential impact of the U.S. Thanksgiving holiday, we will wait at least another week before taking a closer look at the case trends in the United States.

More spending from the Canadian government

The Canadian government unveiled an updated pandemic recovery plan over the past week. It contains close to $100 billion of additional new spending over the next three years. This adds to the more than $350 billion spent this year to help the country deal with the impact from the coronavirus.

The plan includes a variety of targeted measures, largely aimed at helping businesses and consumers. Some of the notable announcements include an extension of the Canada Emergency Wage Subsidy to June 2021. This plan helps pay for a portion of employee wages for companies that are eligible. The subsidy rate will increase to 75 percent until mid-March to help businesses navigate through a challenging winter season. Meanwhile, some of the hardest hit sectors, such as regional airlines, airports, arts and events, tourism, and hospitality will receive support through long-term low cost loans. And, families that qualify for the Canada Child Benefit program will see an increase in aid available to them. There are also investments aimed at supporting skills and training for youth, indigenous and people of colour, and women. With respect to the latter, an action plan will be worked on to lay the foundation for a national child care system that is expected to be unveiled in next spring’s budget. A federal fund will also be created and used to distribute money to provinces to make care homes safer for seniors. Finally, a new tax on multinational digital companies is being created to drive new sources of revenue.

The current environment remains challenging for many people and businesses, particularly in certain services oriented parts of the economy. As a result, the extension of further aid likely comes as a welcome relief. Some may understandably still see it as not being enough. It is difficult to gage the extent to which these programs will be impactful, but we believe most can appreciate that the action taken thus far has likely helped limit the extent of economic damage caused by the pandemic.

The record amount of spending in Canada has led to a weaker fiscal position. It is also getting noticed by those outside our country. According to the International Monetary Fund, no major economy will see as big a fiscal swing as Canada given it has embarked on one of the more ambitious plans to try to offset the impact of the virus. Canada’s deficit, which measures the difference between expenses and revenue, is forecast to be $381.6 billion this year. That figure represents 17.5 percent of our country’s GDP, or gross domestic product, which measures our country’s economic output. In 2019, the deficit relative to GDP was 1.7 percent. The deficit is forecasted to decline meaningfully in the years ahead given a more robust economic recovery that should drive higher government revenue.

Canada is funding this spending via debt. Its total debt (including the provinces) to GDP is expected to reach roughly 115 percent this year. This level is elevated, but is on par with some other developed nations who have also had to pursue similar action aimed at supporting their economies. While concerning, it is manageable given interest rates remain so low, leaving the annual burden to service the debt relatively benign. The key is whether the fiscal outlook improves over the next few years because the risk is that our government may not have the flexibility nor the capacity to help the economy in the event another challenging period emerges in the years to come. A more durable, sustainable, and prolonged period of economic growth would go a long way to improving the country’s fiscal outlook. We continue to expect that kind of an environment to begin to emerge in the second half of 2021.

There is no alternative to staying invested 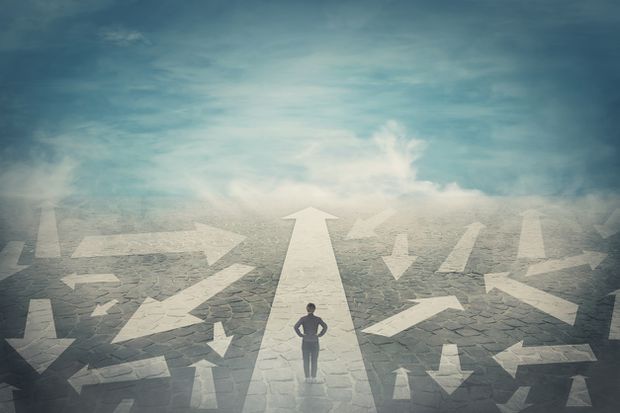 In addition to our weekly economic update, we encourage you to read this recent opinion article published in The Globe and Mail, There is no alternative to staying invested, written by Jonathan Durocher.

In it he shares some prudent steps that can be taken to get through these challenging times.

You can read the full article online: There is no alternative to staying invested

Holiday Shopping Tips: How to Safely Finish Your List While Supporting Local Business 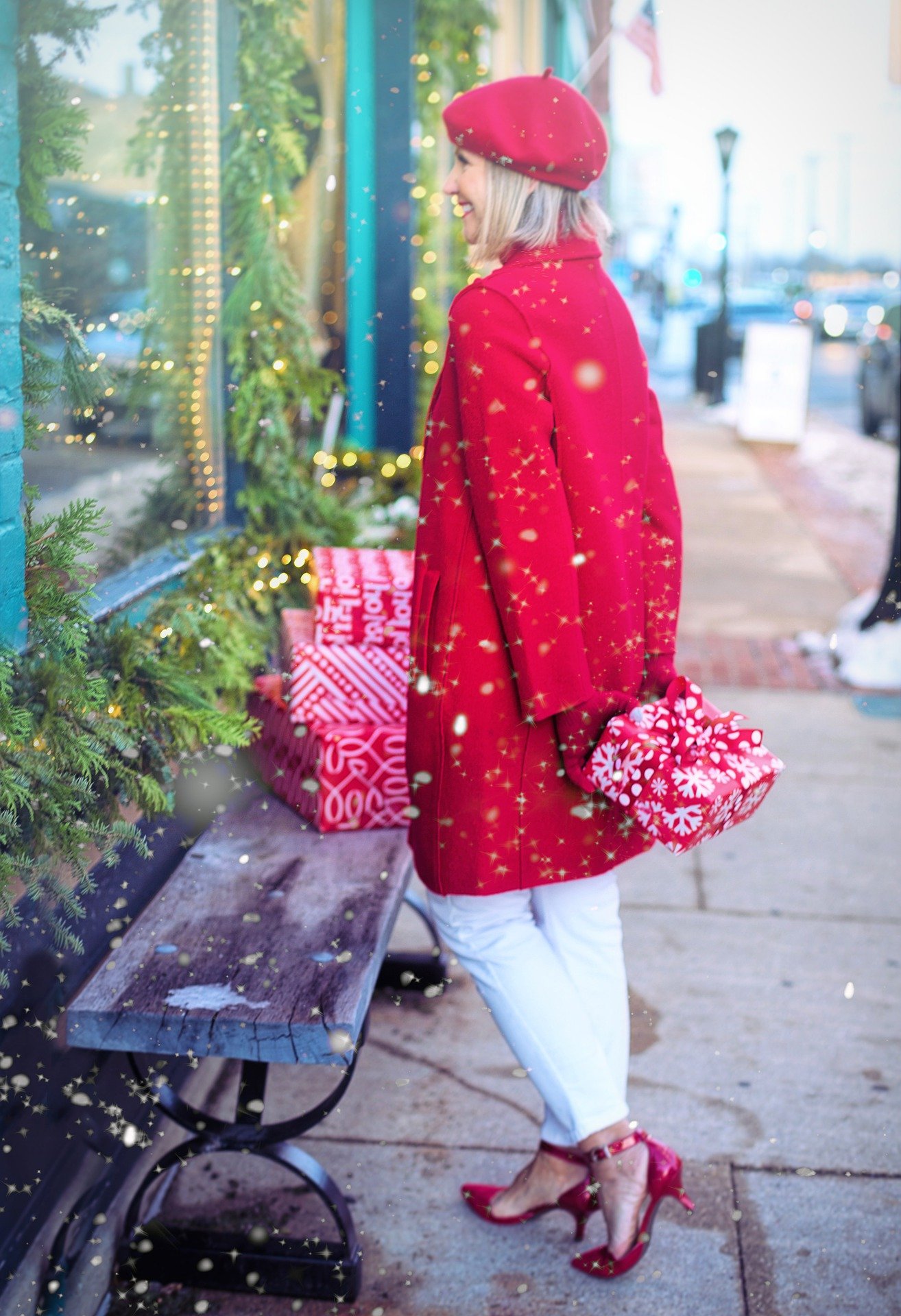 2020 will usher in a holiday season like no other — and a shopping season that will be just as unique. Here are tips to help you check all your items off your list, stay safe and support the local businesses you love — all at the same time.

If you’re used to shopping last-minute, it may be worth revisiting your approach. We’ve shared some shopping guidelines on our website that can help you check those important gifts off your list.

You can read the full article online: Holiday Shopping Tips 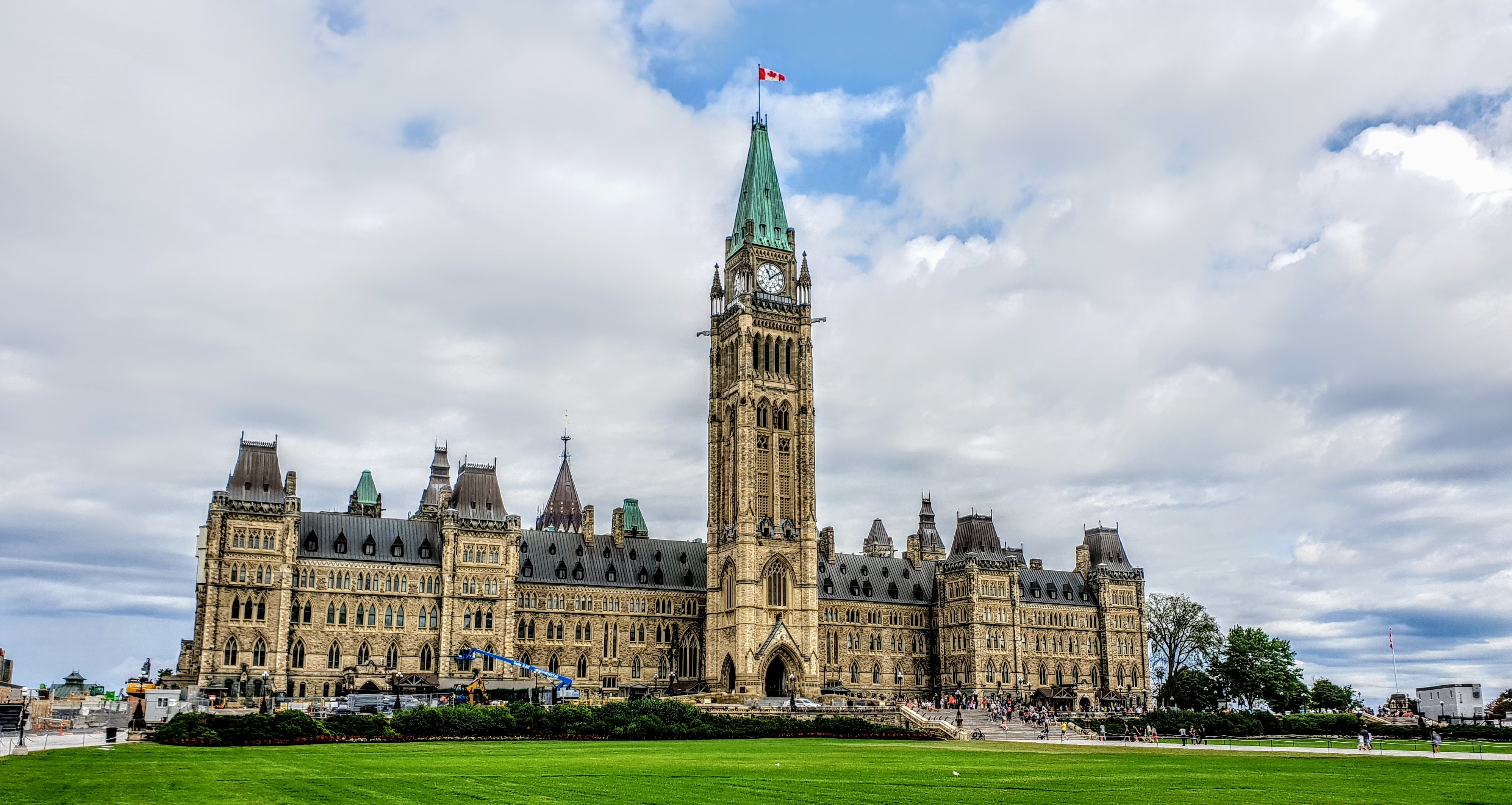 Canadian election results, economic updates, and a new way to schedule your next appointment with us!

In our blog post this week, we have included the most recent economic update video from Eric Lascelles, RBC Global Asset Management’s Chief Economist, What the election results may mean for markets. We’ve also included the event replay from the most recent... 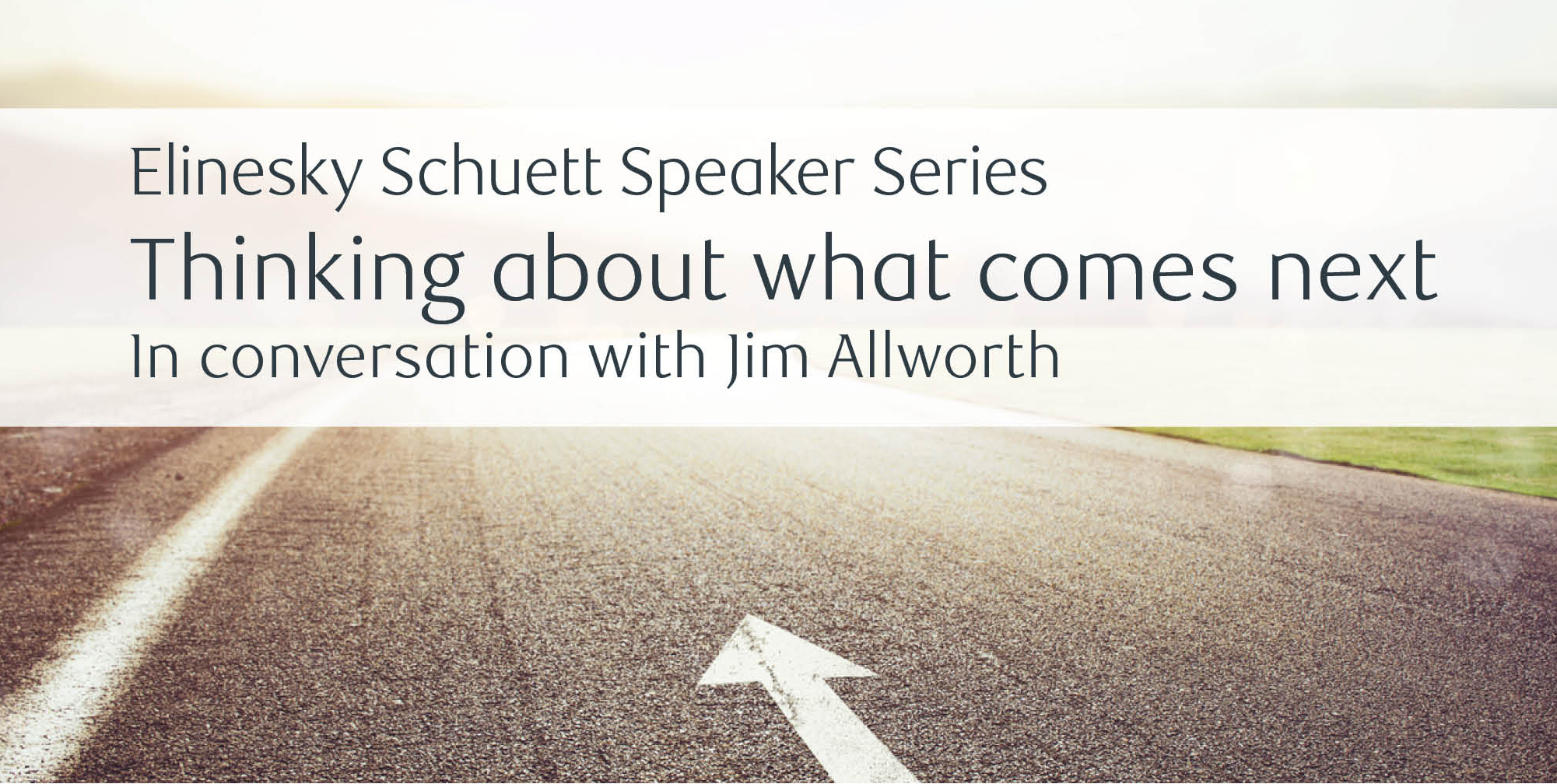 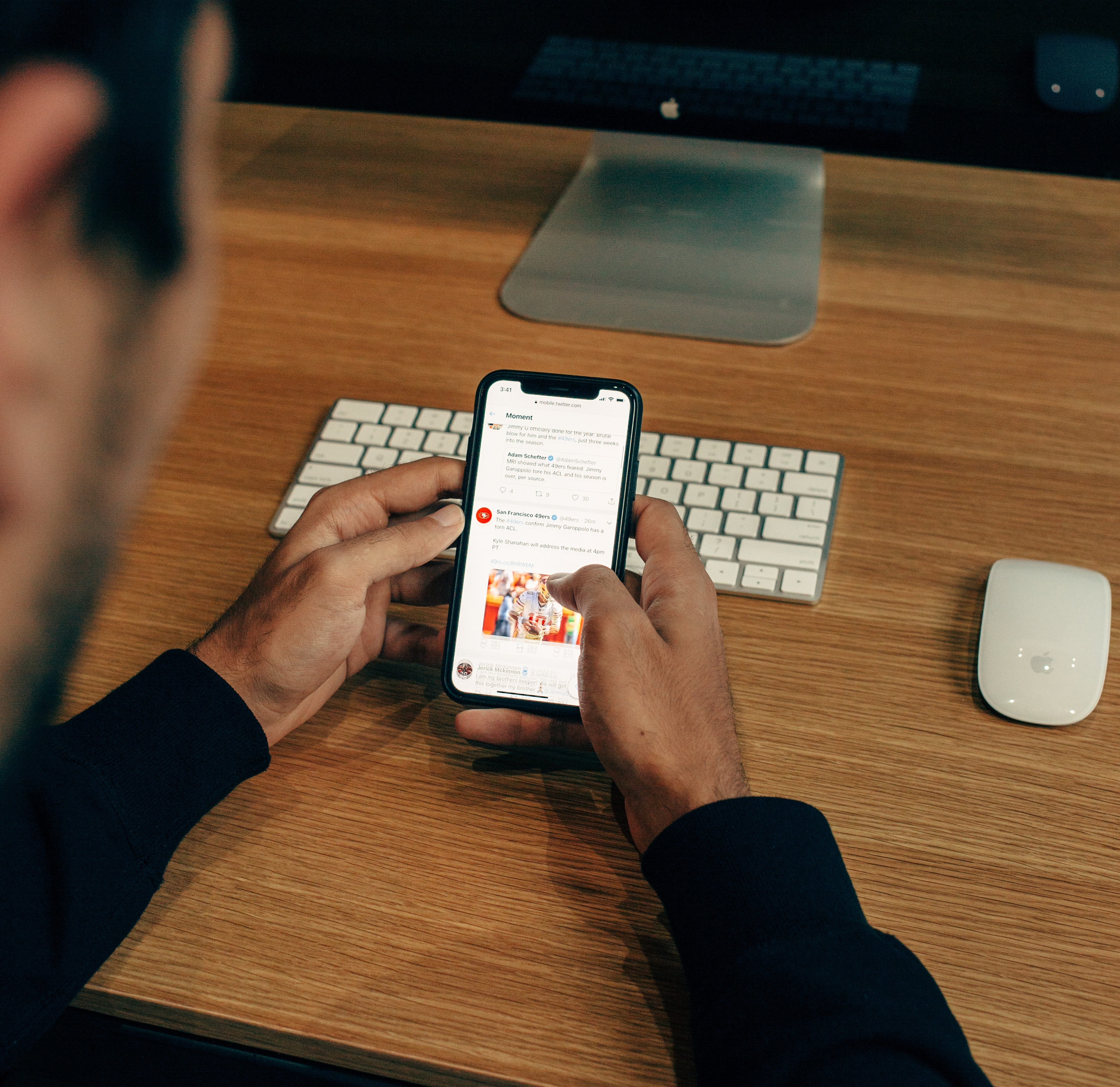