A tug of war in the markets

It has been a tug of war this week in the markets, with the week ending roughly where it started. We provide our thoughts below.

In addition to our economic commentary, our regular 10-Minute Take podcasts are also featured this week, including one titled “Corporate America’s moment of truth on racism” that provides an insightful perspective into what corporations can do confront racism.

This week ended roughly where it started as the market seesawed between modest gains and losses. This tug of war was somewhat fitting because it encapsulates an interesting dynamic. More specifically, the risks posed by the pandemic offset, for now, by the efforts undertaken by governments around the world to buy time in order for their economies to recover.

Some of the virus trends of recent weeks remain firmly in place. Positively, lower new infections in Canada and Western Europe. Meanwhile, Central and South America remain problematic with Brazil reporting new daily cases that exceeded 30,000. On the other side of the world, India, Pakistan, and Indonesia are three countries that are struggling with containing the virus’ spread, with record daily new cases reported this week.

Investors remain focused on the U.S., where there are rising new daily cases across several states such as Texas, Arizona, California, and Florida. Some of these states have indicated the average age of the newly infected appears to be meaningfully younger, which may help limit any strain on the health care system should hospitalization rates be lower. It is hard to pin point a cause of the rise in new cases as it may be a result of a combination of economic reopening, mass gatherings, and a lack of mandated protective equipment. This latter point may be about to change as a number of states are considering making the wearing of masks a requirement in public.

China came back into focus this week after an outbreak of the virus in a Beijing food market. While the recent number of daily new cases has moderated, it has led to regional lockdowns, quarantining, and restrictions on travel to and from neighbouring regions. This comes after months of successful containment, and illustrates the risk of the virus resurfacing in fits and starts.

Some positive news did emerge this week with respect to a therapeutic. A well-known steroid called dexamethasone, used to treat a range of conditions such as arthritis, asthma, and allergies, was found to help the survival rates of some of the sickest virus patients. While details are still sparse, this could improve the ability of the population to cope with the disease.

The Canadian government took action this week and extended one of its pandemic-related programs, the CERB (Canada Emergency Response Benefit), by two months. As a reminder, this program was launched in April and promised to provide taxable payments of $2,000 per month for up to 16 weeks to Canadians who lost income as a result of the pandemic. The payments were set to expire in July for some of the eight million Canadians who had applied. This announcement should help the country buy more time for its economy to recover. It has been costly, with the government confirming it had spent $45 billion in payments by the end of May, surpassing its initial estimate of $35 billion. Nevertheless, the program has more than likely helped the economy avoid an even worse recession than it is already grappling with.

The Canadian government is not alone in its efforts to find short-term solutions to help offset the economic damage. Governments around the world have undertaken similar responses and some continue to debate extensions and additional action. For example, the U.S. is discussing another round of fiscal stimulus that would add to the more than $2 trillion they have already announced. It too is also exploring an extension of jobless benefits that were implemented a few months ago.

These aid packages are costly and will undoubtedly add to the high debt burdens that governments around the world are already wrestling with. But, that’s a problem for another day and something we will discuss in the future once this crisis subsides. For now, we believe the ongoing responses from governments globally are a key reason why investors appear to be looking past the pandemic and current economic malaise with a sense of hope and optimism towards the future.

We would be remiss if we did not briefly touch on the political commotion that is set to swell in the U.S. in the weeks to come. The first of many rallies is scheduled to occur this weekend, with the Republican Party kicking things off in Tulsa, Oklahoma. Elections can have important investment implications and it is another factor, among many, that we continue to consider as we manage portfolios. We will discuss potential political scenarios in future commentaries. For now, we remain focused on the pandemic and economic recovery.

Podcast: Planning for an estate freeze or re-freeze

If you’re the owner of an incorporated business, an estate freeze is a planning tool that may improve tax efficiency and help to simplify your estate planning.

There are two new 10-Minute Take podcasts available on our website.

Ongoing protests against racism and violence towards Black communities have hit a boiling point, forcing companies everywhere to re-examine their practices and histories. In addition to questions about police practices and systemic racism across all parts of society, corporate America is being challenged anew on its own record. Black executives hold only 3% of leadership roles in U.S. companies, and only 2% of venture capital dollars goes to African American entrepreneurs. What more can the private sector do? Michael Carter, RBC Capital Markets’ Global Head of Technology Investment Banking and a member of the Washington-based Executive Leadership Council, shares his perspective on how companies can confront racism.

A path to 5G for Canadian telcos

Canada’s major telecom operators are forging ahead with their plans to build 5G networks, despite government delays on the decision to allow Huawei to bid and the 3,500 Mhz wireless spectrum auction. At least Canada has strong 4G networks, which may tide us over 5G’s decade-long build. But as the crisis has revealed, connectivity is key to thriving in the new economy. Could these delays affect Canada’s growth? And how might telcos address the digital divide between urban, and rural and remote communities? Drew McReynolds, RBC Capital Markets’ Telecommunications and Media Analyst, shares what’s ahead for telecom.

Royal Bank of Canada is proud to be supporting Masterpiece London for the 7th year as Principal Partner. In unprecedented times we are delighted to announce the launch of ‘Masterpiece Online’ - a week long programme of online activity showcasing exceptional, world class exhibitors.

Private View is a unique opportunity for RBC guests to join the Chairman of Masterpiece London, Philip Hewat-Jaboor, host a curated journey through visual highlights of Masterpiece Online prior to public access.

Please email us if you are interested in registration information for this cultural series. 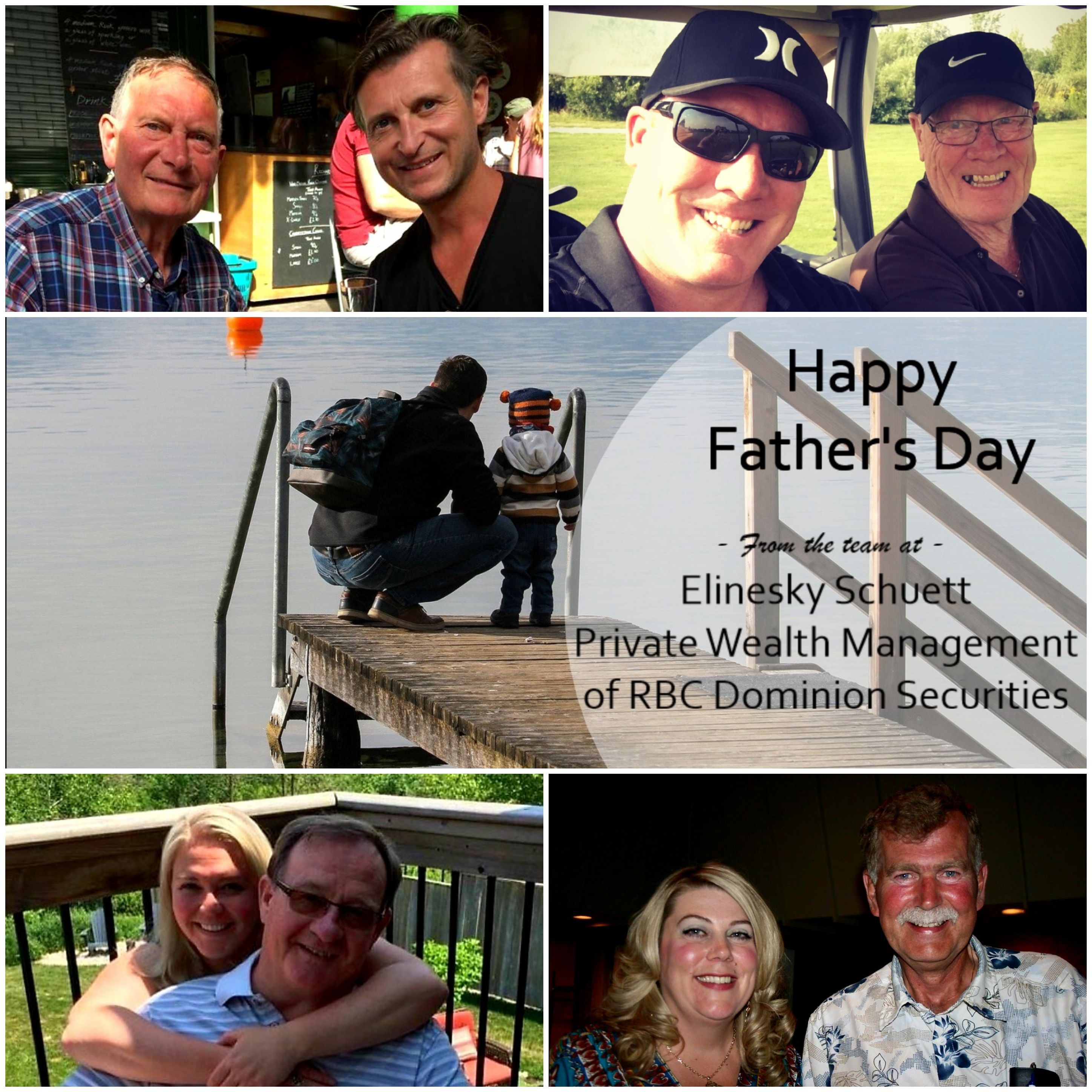 Whether you answer to Dad, Daddy, Opa, Papa, Nonno, or even Great Grandpa, they all mean the same thing – We love you!

Watch our Facebook page this Sunday for a video that our team has created to celebrate Father’s Day.

In this photo, Jay Elinesky, Tom Schuett, Jennifer Goody-Brown, and Karie Huisman are pictured with their dads.

Each week, we like to end our weekly posts with a few good news stories from in and around the community. We hope that they brighten your day!

Resiliency in the global markets

We are continuing to see resiliency in the global markets, including significant job growth numbers in the U.S. despite the continued spread of the virus.

The path to recovery

In addition to our regular commentary that provides you with an update on the Coronavirus and an economic outlook, we’ve also included your save-the-date for our upcoming Cyber Security online event.