The Fall is for always a time for reflection. And I guess because of the years spent in school. It feels like to me the "start of the next year."

Of course, this "start of the year" feels a lot different. For those who have school-aged kids, there are difficult choices in terms of returning to school or trying more "remote learning." This picture from 1918, though, is eerie. As the French would say: Plus Ca Change…" (Translation: The more things change…) 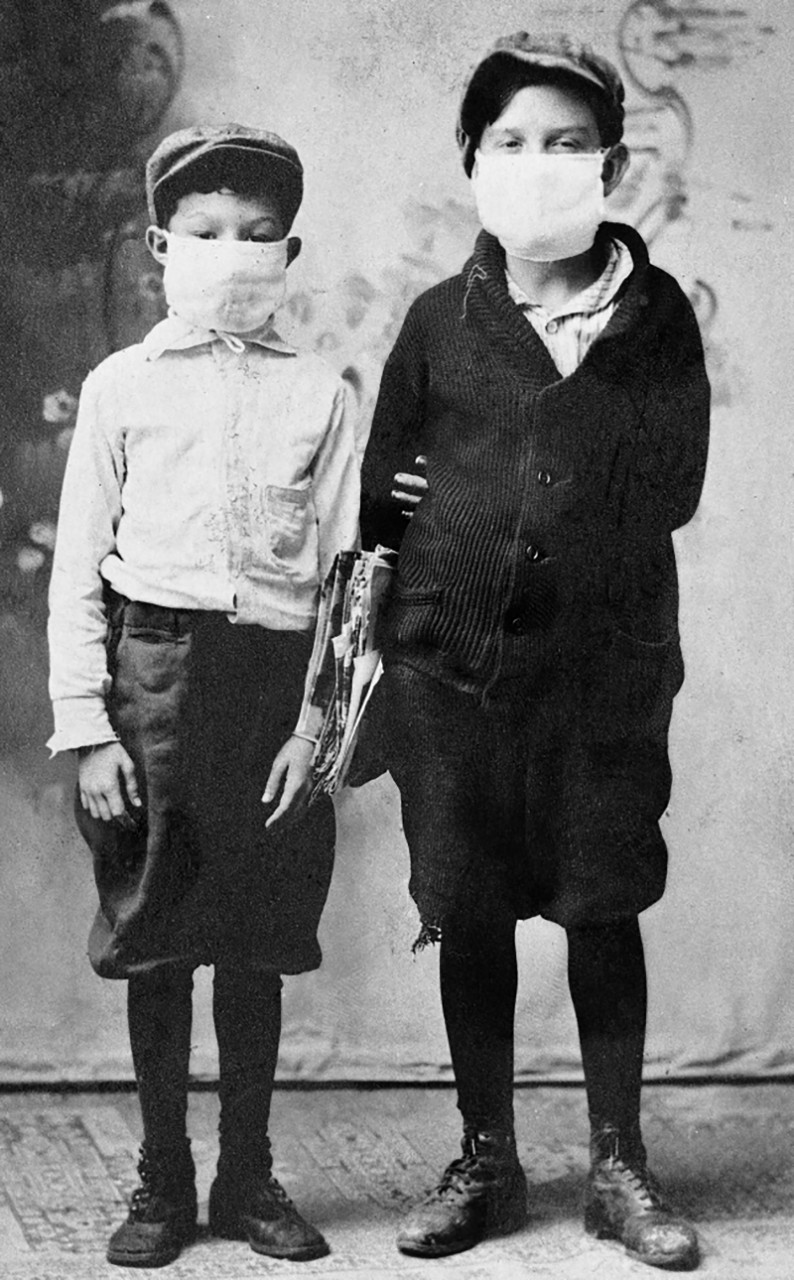 This would not be the first time leaders, parents, schools, and economies have struggled with deciding whether to keep schools open in a pandemic.

During the influenza pandemic in 1918, even though the world was a very different place, the discussion was just as heated.

That pandemic killed an estimated 50 million people worldwide, including 675,000 Americans, before it was all over.

While the vast majority of cities closed their schools, three opted to keep them open -- New York, Chicago and New Haven, according to historians.

The decisions of health officials in those cities were based mainly on the hypothesis of public health officials that students were safer and better off at school. It was, after all, the height of the Progressive Era. With its emphasis on hygiene in schools and more nurses for each student, than it is thinkable now.

New York had almost 1 million school children in 1918. Approximately 75% of them lived in tenements, in crowded, often unsanitary conditions. "For students from the tenement districts, the school offered a clean, well-ventilated environment where teachers, nurses, and doctors already practiced — and documented — thorough, routine medical inspections," according to the Public Health Reports article.

New York City was one of the hardest and earliest hits by the flu. "Children leave their often unsanitary homes for large, clean, airy school buildings, where there is always a system of inspection and examination enforced, New York's health commissioner at the time," Dr. Royal S. Copeland, told the New York Times after the pandemic had peaked there.

Students weren't allowed to gather outside the school and had to report to their teacher immediately. Teachers checked students for any signs of the flu, and students who had symptoms were isolated. If students had a fever, someone from the health department would take them home, and the health official would judge whether the conditions were suitable for "isolation and care," according to Public Health Reports. If not, they were sent to a hospital.

"The health department required families of the children recovering at home to either have a family physician or use the services of a public health doctor at no charge": keeping schools open would keep the children off the streets and away from infected adults, the reasoning went.

If social distancing were helpful then, it would have been made easier by the fact that absenteeism in schools soared during the pandemic, perhaps because of what one Chicago public health official called "flu phobia" among parents. "The absentee rate was so great, and it didn't matter that schools were open," Markel said. The strategy was to ensure that fresh air circulated. School rooms were overheated during the winter so that windows could remain open at all times, according to a 1918 paper by the Chicago Department of Health.

Now, of course, Covid-19 is not influenza, which was a common and well-known disease in 1918. There is still a lot to learn about the current situation. Many will choose to be "safe rather than sorry."

But make no mistake, the return to school and its relative success or failure. In 2018, more than 41 million works in the U.S. were caring for at least one child under the age of 18. Of these, 34 million have children under the age of 14 and would rely even more on school and child care for their children. Look at the numbers below: works with young children and no caregiver make up significant chunks of labour forces in many industries. Further, these industries are more concentrated on employing women. 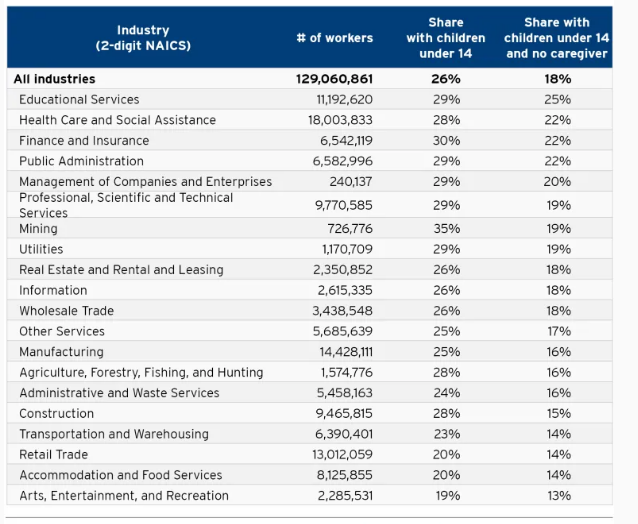 Women are overrepresented among workers who do not have a potential caregiver in their families. It's highly unfair. When families with two incomes have to decide to have one parent quit their job and remain at home, working mothers are predominately the ones who sacrifice their careers and income. The current environment has only further exasperated the situation.

So even if schools reopen in the Fall, the economy won't magically return to the way it was. It's a necessary but not sufficient condition for the road to recovery and will provide a lot of clues as to how the economy (and the markets) will perform in the mid-term.

This weekend is also Labour-Day weekend, one of the last 3-day holidays of the year. I'm predicting there will be a lot of angst across North-America as people might be packing up from extended stays in summer homes, frantically looking for their children's clothes and school uniforms. I'm back home next week, and will be back to regular weekly reports, and will be reaching out to each of you in September to plan for this start of the new year.