Exploring the need for AgriTech Solutions

Even before the pandemic, food security was already precarious with the World Economic Forum (WEF) estimating that demand for food is expected to grow 60% by 2050. The increase is partly due to growing populations but also shifts towards more meat- and dairy-intensive diets as the standard of living rises for populations who are being lifted out of poverty. Moreover, recent pandemic-related labour shortages and Russia’s invasion of Ukraine have further aggravated the situation by driving energy prices up and disrupting food supply. After all, the invasion, which started in the winter, severely disrupted the spring planting and harvesting season. Further, exports were constrained by Russian sanctions and limited access to the Black Sea. Finally, farm machinery and manufacturing fertilizers are energy-intensive processes, and with higher input costs, food production has diminished, and prices increased.

Unfortunately, it is not unusual for food prices to be elevated for many months. The past three cycles have lasted between 23 and 70 months, with our current cycle just passing 23 months. The UN Food and Agriculture Organization (FAO) has developed a Food Price Index, which has reached a record high of 159 points, suggesting that food is now 75% higher than pre-pandemic levels.

Overall the FAO forecasts that the international prices of commodities that have ties to Ukraine and its exports could climb by another 8 to 22 percent over the next year, compared to 2021 levels. And even with an end to the pandemic or a resolution to the Russian-Ukrainian conflict, food prices are expected to remain high as the need to feed a growing world population continues amidst increasingly tougher planting conditions. The effects of climate change have brought about water scarcity, and more of the world’s landmass is becoming arid. At current rates, it is estimated that the amount of food currently being produced is only enough to feed half the population in 2050.

The result of elevated food prices will be observed all around the world, with some areas impacted more heavily than others. Lower-income countries and communities will suffer the most, as two-thirds of household income is already spent on food. The UN World Food Programme estimates that 690 million people worldwide will go to bed on an empty stomach, with over 44 million being on the brink of famine.

This has led countries such as China to strive for food security and independence to close themselves off from potential dependencies. With early cries for decreased globalization, many countries focus on bulking up agricultural commodities, and investing in agricultural research and development through seed laboratories. China’s Minister of Agriculture and Rural Affairs Tang Renjian has asserted that “seeds are the ‘computer chips’ of agriculture, and cultivated land is the ‘lifeblood’ of food production."

Sadly, there is no quick fix to achieving food security. Instead, it will likely require a multi-pronged approach, and the table below highlights three main strategies. These strategies are investable with many publicly traded companies that are directly and indirectly involved in these solutions. 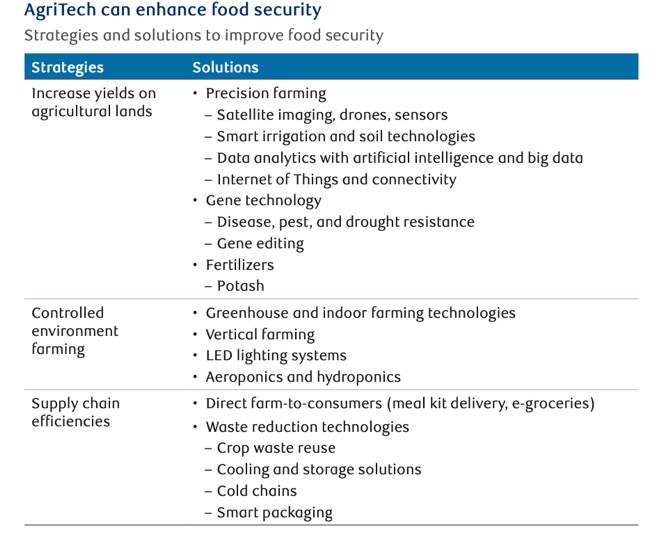 Increasing yields on agricultural lands is also a goal for many new technologies, including precision farming with artificial intelligence, satellite imaging, and smart irrigation systems to achieve the greatest production potential. Even gene–editing, a technology altering an organism’s existing DNA, is used to make foods more nutritionally dense. For example, in 2021, genetically edited Sicilian rouge tomatoes were created with five times the usual amount of GABA, a nutrient that promotes relaxation and lowers blood pressure. This form of gene-editing is different from earlier forms of genetic modification that added DNA from other organisms. This ‘new’ category of food falls under a more relaxed set of regulations, as many of the changes brought by gene editing occurs naturally. Many countries, like the UK, are adopting the sale of these genetically modified products.  Finally, potash is another method that can help diminish food insecurity, as it is a popular fertilizer that improves plant durability and provides resistance to drought, disease, weeds, parasites, and cold weather. Potash producers are thus in a good position to be a part of the solution. Canada is in a particularly good position as Saskatchewan holds the world’s largest potash deposits.

Overall, global food security remains a long-leading challenge for every country, with population growth, climate change, and the Russia-Ukraine war putting more pressure on environmental systems and supply chains. Technological solutions will likely play an important role in decreasing food insecurity. There are several areas where investors can find investment opportunities. Although themes in “growth” and “technology” are currently out of favour, we recommend investors look at established companies with diversified revenue streams that are also beginning to invest in these related technologies. Speak to your advisor to explore this sector carefully. 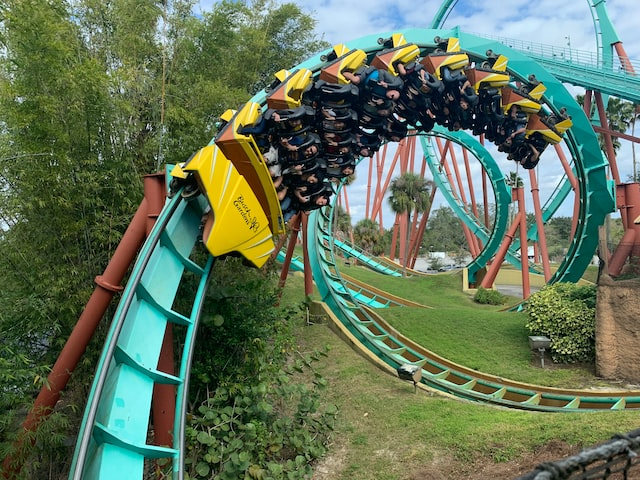 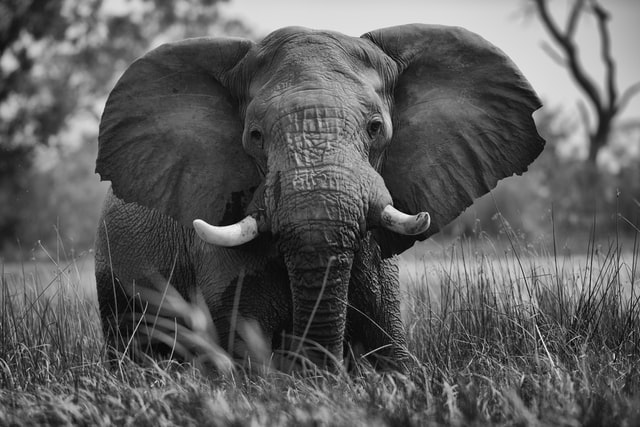 When the Government Calls You Old

Understanding the OAS and GIS 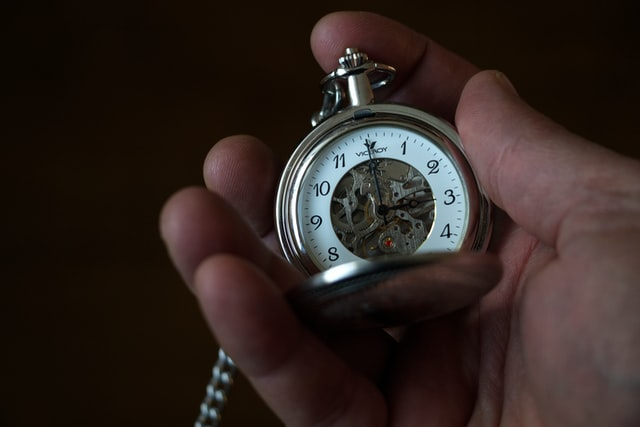 Too Late to Sell Bank Stocks?