When will the Fed raise interest rates?

When will the Fed raise interest rates?

How much does inflation matter?

Last week, the US Federal Reserve officially announced that they would begin to remove some of the stimulus that had come in the form of ‘Quantitative Easing’. This was a bond purchasing program that has helped keep interest rates and bond yields low which is stimulative to the economy and asset prices. The current $120 billion/month of purchases will decrease by $15 billion each month until ending by mid-2022.  The Wall Street Journal opined that Fed officials don’t want to begin raising rates until after they have ended bond purchases. Hence, rate increases may not be yet, but they seem to be just around the corner.

The current expectation from the market is for two rate hikes of 0.25% each by the end of next year, followed by another two hikes in 2023. This is in stark contrast to even just a month ago where it did not expect any hikes in 2022, but rather 3 hikes through 2023. As the chart shows below, it seems that the market’s rate expectations are ahead of the guidance provided by the Fed. 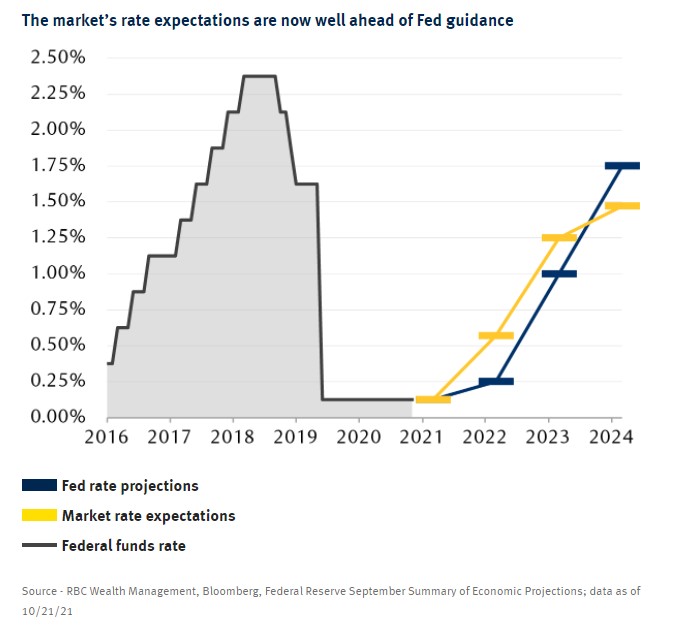 These fast tracked expectations for more imminent rate increases are not exclusive to the United States. Russia’s central bank has already increased rates six times this year as it hit the highest level of inflation since 2016. Another example is the United Kingdom, where RBC Capital Markets has adjusted their expectations of a rate hike from mid-2022 to as early as this December. And back home, Tiff Macklem, the Bank of Canada Governor, has also signaled that rates could rise as soon as April 2022.

All this being said, central bank policymakers have noted that they would still be patient with the pace of tightening. In Jerome Powell’s latest press conference he reiterated that the country is still too far from full employment to be aggressive with rate increases. Although investors and consumers are concerned about lofty levels of inflation, this appears to be less of a reason as to why the Fed is preparing for rate hikes. After all, monetary policy and rate increases cannot, in and of itself, solve these supply chain and labor shortages that have caused this spike in inflation. Much of this inflation has the opportunity to self-correct by adjusting logistics & manufacturing capacity, reducing work place Covid restrictions and increasing vaccination rates that encourage individuals to return to the workforce.  Hence, any rate increases appear to be less about combatting inflation, and more a reflection that a Fed Funds Rate between 0 to 0.25% is too low. With the economic recovery accelerating, cross-border travel re-opening, and a strong consumer with the ability to spend, we agree that interest rates should rise. Hence, we believe the market will not interpret the start of a rate hiking cycle as an intention to cool economic activity, but rather to signify that an emergency level 0% interest rate is no longer needed. This is fundamentally good news.

The focus has been too much about when interest rates will rise, when the more important factor is the pace that they rise. Ultimately, the first rate-hike could come sooner than expected but the patience signaled by the Fed should lead to a more gradual pace. 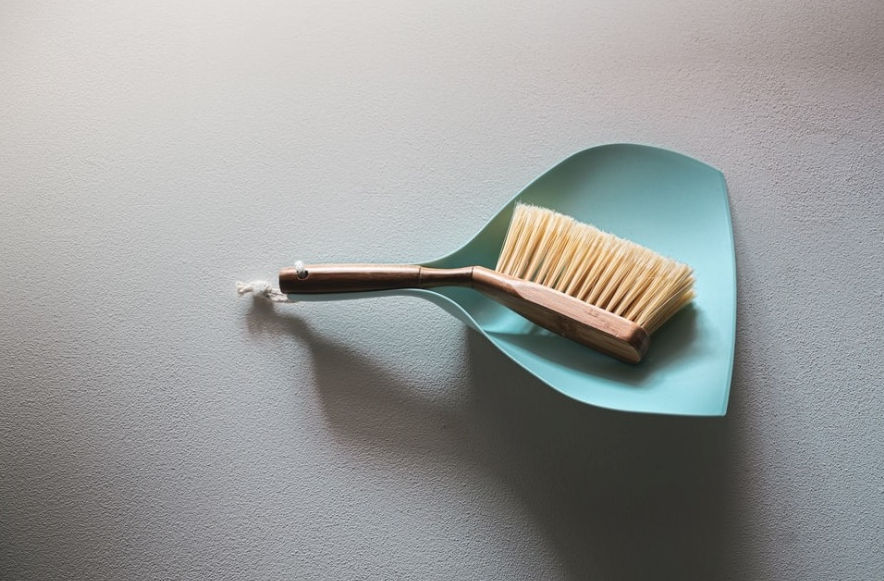 Cleaning Up Before the Holidays

A Reminder of Tax-loss Selling 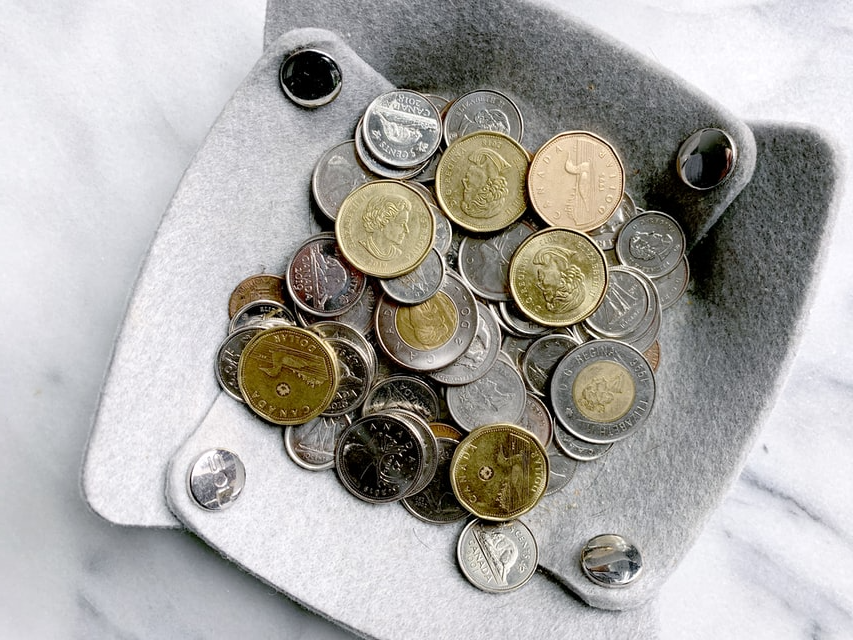 Health Check on the Canadian Dollar

How to Analyze Currency Valuations 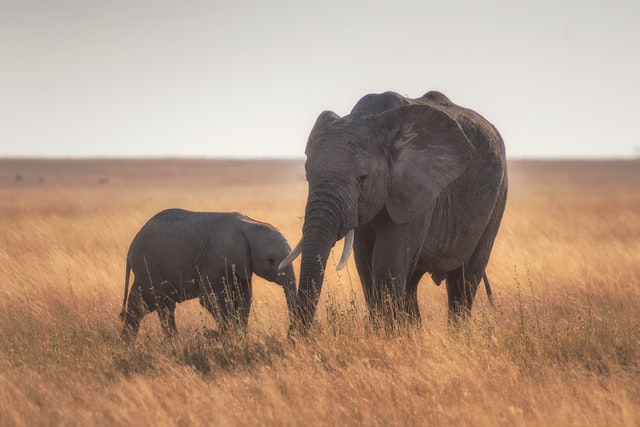 Talk to Your Kids About Money