Mentors of Greatness Series - Volume 2 : Paul Henderson - Timing is Everything...

Paul Henderson's goal against Russia in 1972 Summit Series became part of Canada’s maturation into a nation.

I had the privilege to hearing him tell his story to an intimate setting and his echo of the term "Timing is Everything" through his humbleness was quite liberating to hear.  The story I never really knew was how he was able to be chosen to play for Canada when at that time, Bobby Orr was the world's greatest player. 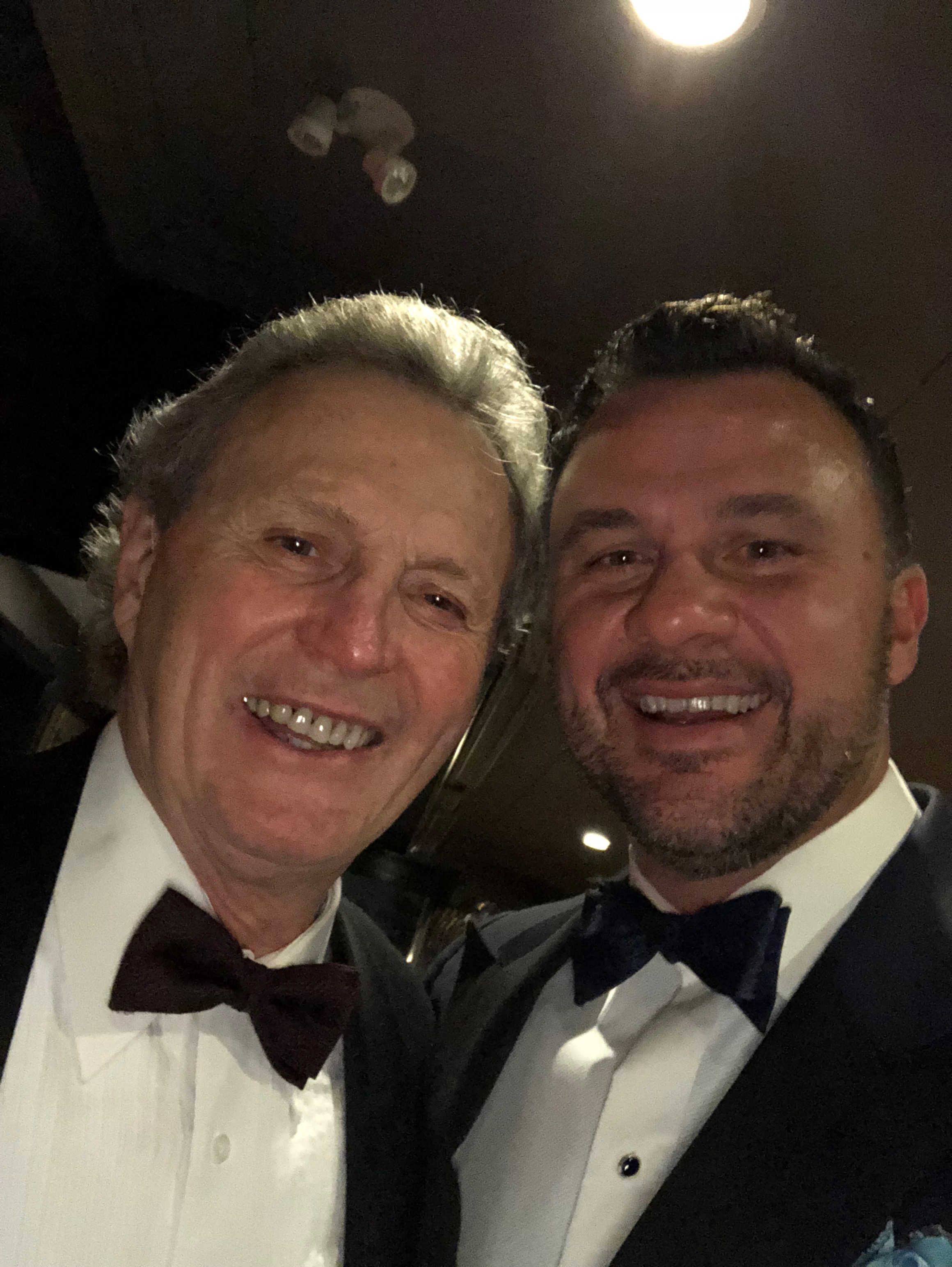 Canada’s most dangerous hockey player Bobby Orr, was there in Russia watching Game 8 of the Summit Series, but he wasn’t on the ice.

On Sept. 28, 1972 — over 45 years ago — Bobby Orr, the man they call the Greatest Hockey Player Ever or the Greatest Defenceman Ever, depending whom you ask, would have to soak in history instead of make it.

Paul Henderson relieved/thrilled a nation but so much more about what he believes to be the greatest victory in the history of sport.

To think what Team Canada could have done if Orr had played in the defining tournament. 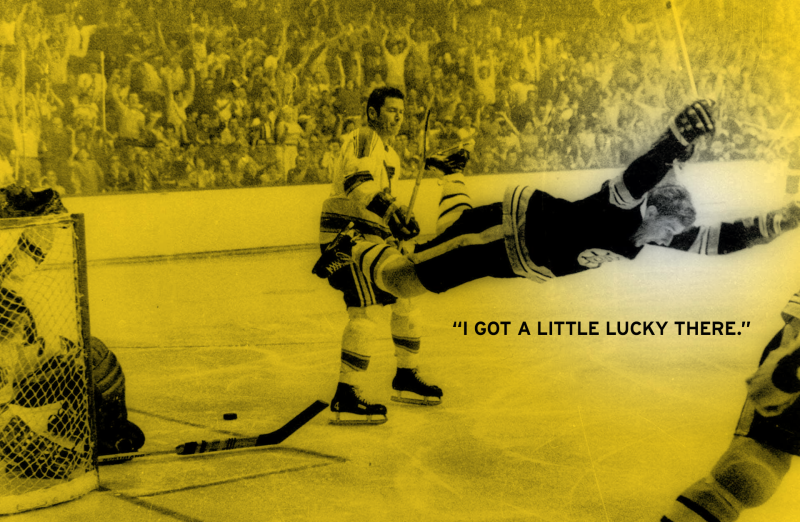 Heading into the summer of ’72, a 24-year-old Orr had just completed one of the most decorated seasons in all of athletics.

But his knees were damaged, and he needed off-season surgery.

Orr practised and traveled with Team Canada but never saw any action.

Game eight of the Summit Series was maybe the most important hockey game ever played. It was the climax of the greatest series ever played, Canada versus the Soviet Union. It was a series that pitted the professionals of Canada against the “amateurs” of the Soviet Union. It matched Canadian-style hockey with Soviet-style. Most important, it was a battle between lifestyles, values and two vastly different political systems.

The series was supposed to produce a landslide victory for Canada, but after a dominant 7-3 win for the Soviets in game one, the teams settled in to produce eight extraordinary games that changed the hockey world forever.

Canada fought back to win game two in Toronto by a 4-1 count, and the teams played to a 4-4 tie two nights later in Winnipeg. The final game on Canadian soil, in Vancouver, ended in embarrassment for Canada. Not only did the team lose, 5-3, the players were booed throughout the game by fans who expected a victory.

After a long trip to Europe and two exhibition games in Sweden, Canada resumed the series in Moscow at the Luzhniki Arena, promptly losing game five, 5-4. After the series, Phil Esposito said the team simply knew after this game that Canada would not lose again. He was right, but just barely.

Paul Henderson scored the game-winning goal in game six, a 3-2 win, and in game seven he did it again in the third period, splitting the defence and beating Tretiak with a shot while falling to give Canada a critical 4-3 win. That set the stage for game eight on September 28, 1972.

If Canada were to win this game, and the series, it would have to mount a miraculous comeback after the second period in which the Soviets outscored their opponents, 3-1. But with the team trailing 5-3 heading into the final period of the historic series, Canadian players still knew they could win.

Esposito, playing like a man possessed, scored early to make it 5-4, and then at 12:56, Yvan Cournoyer tied the game for Canada. Major controversy erupted, however, when the goal light didn’t go on, and the Canadians believed that somehow a conspiracy was playing out. After discussions with referees Rudolf Bata and Josef Kompalla, however, the goal was put on the scoreboard. Game tied, 5-5.

The Soviets regained their composure, and Canada could not muster that final goal for victory. Soviet officials declared during the late moments of the third period that if the game and series ended in a tie, the Soviets would be declared winners because they had scored more goals (32 to 30), a common method for breaking ties in the standings in international hockey.

Meanwhile, behind the Canadian bench, coach Harry Sinden was contemplating whether to pull goalie Ken Dryden for the extra attacker to break the 5-5 game. In the end, he decided not to. With less than a minute to play, Paul Henderson was sitting on the players’ bench when he shouted to Pete Mahovlich to come off the ice. He did, and Henderson skated out to join the action. He teamed with Esposito and Cournoyer deep in the Soviet end to create a turnover, and Esposito swiped wildly at the puck. It went to the front of the net where Henderson was stationed. Henderson took one shot which Tretiak saved, and the rebound came right back to him. He smacked it in on the second chance, and raised his arms in victory. Cournoyer hugged him, and the rest of the team poured off the bench to join in.

Foster Hewitt’s famous call of “Henderson has scored for Canada!” was the simplest summary of the greatest Canadian goal ever scored. It came at 19:26 of the final period of play in the Summit Series. It gave Canada a win that came to define climactic success. Never again was hockey so important. Never again would a series have such far-reaching implications. Never again would such a hero emerge from a hockey series.

To think that because of Bobby Orr's injury and the last minute impulse decision for Henderson to jump on the ice in one of the most important moments in Canadian history for hockey.  Take a deep thought to think that what one moment can do you for when it can not only impact the world as we know it, but your only life for that matter.  Well it did for Paul, as the story being told never gets old and 45 years later it has changed his life, his family, his country and all his fans because of one moment.  Timing is Everything.

Bobby Orr flies through the air in arguably the most iconic hockey photograph ever snapped. (Ray Lussier/CP)

“Depending on circumstances, it may be timely to consider a prescribed rate loan strategy to help effectively lower your family’s overall tax bill.”

A guide to family meetings: Five tips to consider