Bitcoin is no Fraud but There are Real Concerns: Royal Bank of Canada CEO

The Royal Bank of Canada’s CEO has said that he would never call bitcoin a fraud, but he admits he does have ‘real concerns’ about the currency.

I would never call it a fraud because it’s not misrepresenting what it is. People have placed value on what it is in different ways and they’re fine to do that, but it’s not fraudulent in its misrepresentation.

This is compared to Jamie Dimon, CEO of JPMorgan Chase, who called bitcoin ‘a fraud‘ last month. Since then the banker has come out against bitcoin saying it’s ‘worth nothing,’ and that bitcoin investors will ‘pay the price.’ According to Dimon, even if bitcoin was trading at $100,000 its price will eventually crash.

Yet, while McKay doesn’t label the cryptocurrency a fraud he does have concerns about it.

There’s so many elements of a bitcoin that don’t convene to our current perspective on what a unit of currency should do. There are some real concerns about how the bitcoin is being used that we have to resolve.

In a bid to answer this the bank is looking further into the technology behind it, the blockchain. 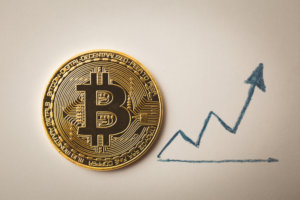 In March, it was reported that the Royal Bank of Canada was one of six banks that had formed Ripple’s ‘Global Payments Steering Group’ (GPSG). The aim is to address faster cross-border payments.

At the time, Chris Larsen, Ripple co-founder, and the-then CEO of Ripple, stated:

Today, people expect money to move at the speed of the Internet. That’s why we’re working with these top banks to address the need for faster cross-border payments.

Royal Bank, JPMorgan and Australia and New Zealand Banking Group Ltd. are also working together on an initiative called the Interface Information Network to process faster payments on the blockchain.

When my 3 daughters and I came up with a scholarship idea in their grandmother's honour, they wanted giving back to a specific group of early leader that have a few merits. The are becoming and empowering woman from sport and academics They can teach...

Vacation properties go by many names: cottage, chalet, camp, cabin or secondary home. Regardless of what they call it, many Canadians receive great personal enjoyment from their vacation property. Some owners feel it is important to keep the vacation...