The only major economy to achieve growth in 2020, China was also the first to withdraw its pandemic stimulus and tighten monetary policy. This led to a sharp equity market correction; higher commodity prices and antitrust investigations further dampened sentiment. In the wake of the correction, we see the risk-reward balance of some quality stocks is becoming more appealing, and retain our favourable long-term outlook.

A changing approach to economic development

The second-largest economy in the world, China now makes up a hefty 17% of global GDP and could contribute up to one-fifth of the total increase in world GDP in the next five years, according to the IMF. China is also the largest trading partner of more than 130 countries and regions. Its ability to sustain stable growth is key to the global economy.

China has gradually transformed itself from a manufacturing economy to a service-based economy. Services now account for 54.5 percent of GDP, up from 44.2 percent 10 years ago. Wealth accumulation has created the largest middle class in the world, increasing demand across many sectors including branded goods, health care services, and financial products.

China’s 14th Five-Year Plan (FYP) aims for the country to reach “high-income” status, defined by the World Bank as an annual Gross National Income (GNI) per capita of more than US$12,700 (it is currently US$10,500). To this end, China set its 2021 GDP target to an easily achievable “over six percent.” RBC Global Asset Management forecasts year-over-year growth of nine percent in 2021, given the low base effect, and 5.5% in 2022.

The FYP also introduces a new approach to economic development. Under a “dual-circulation” strategy, China will aim to expand domestic demand and foster innovation but reduce dependence on foreign markets, especially in the areas of technology and trade, while remaining open to the outside world and welcoming foreign investment.

Accordingly, China has pledged to accelerate the development of 5G, semiconductor manufacturing, and other technologies seen as critical to its economic future, and has increased investment in research and development.

Research and development spending as percentage of GDP 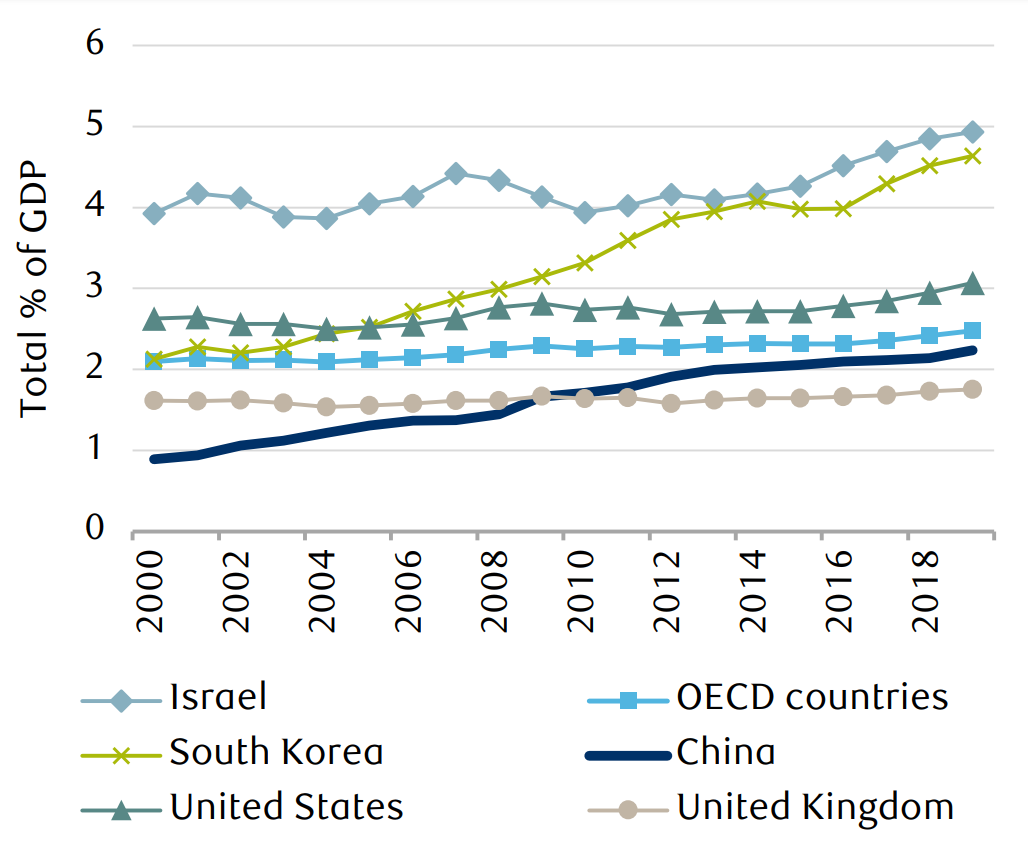 Finally, China aims to move towards a green economy. Its FYP calls for reducing dependence on coal and boosting renewables capacity by 40 percent by 2025. Electric vehicles are targeted to constitute 20 percent of new car sales by 2025, from just five percent now.

We believe the shift towards a high-tech, service-based, and greener economy will generate investment opportunities in the next decade in industries including internet technologies, biotech, domestic consumer goods and services, and electric vehicles.

In the near term, we believe earnings growth for Chinese companies should remain solid and underpin equities. Rising commodity prices could start to squeeze profit margins, but we note that historical upcycles in China’s producer price index (PPI) have coincided with business cycle expansions and strong corporate earnings growth. We expect the MSCI China Index to post 20 percent earnings growth this year, and 17 percent in 2022. 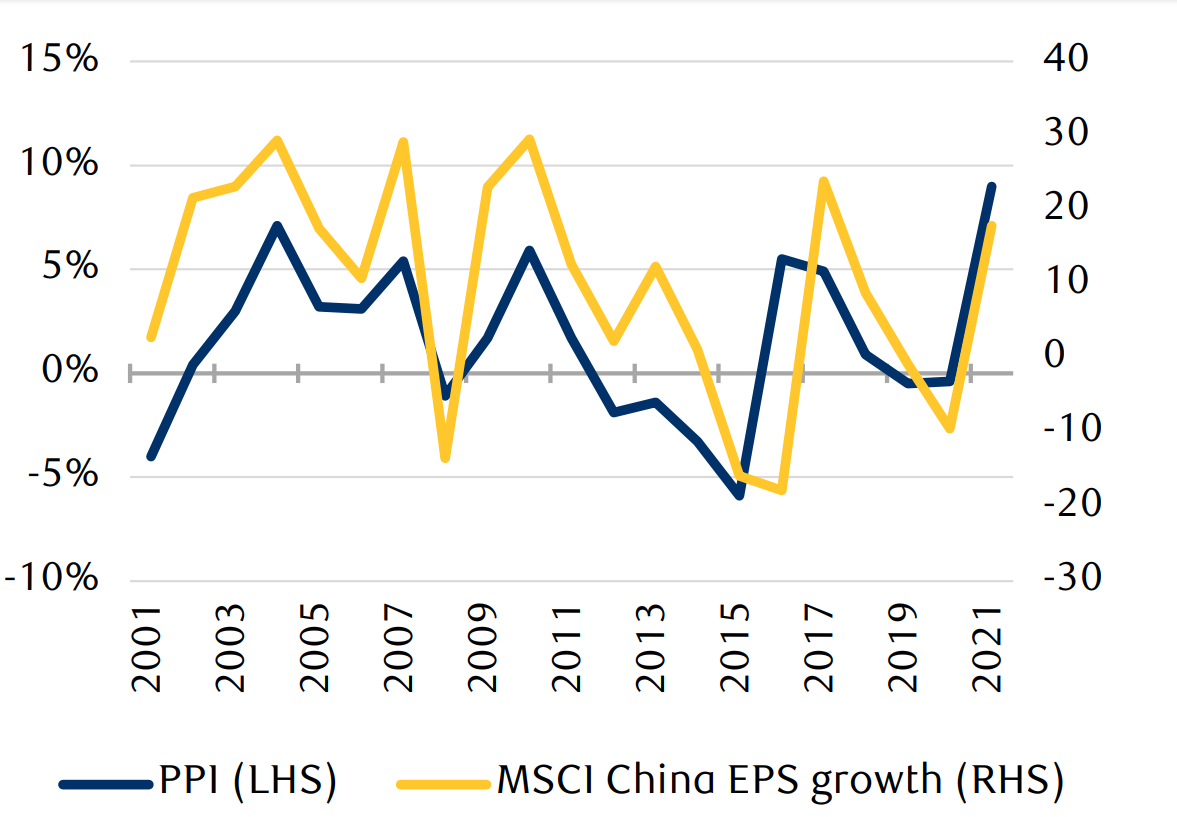 Headwinds to Chinese equity performance have emerged this year; however, we think they are temporary or will be pushed aside by other forces.

Tighter credit: After the country’s economy returned to its pre-pandemic level in Q4 2020, Chinese regulators became concerned about asset bubbles given the scale of the global effort to inject liquidity, and started to rein in credit growth. We expect further credit tightening measures to be dependent on economic growth and inflation data, with China’s central bank likely to keep rates unchanged until the second half of next year. For now, the producer price inflation pass-through to consumers is still limited, consumption growth remains relatively weak, and the sporadic resurgence of COVID-19 adds uncertainty.

Antitrust investigations: In December 2020, following a dramatic suspension of Fintech giant Ant Group’s planned $37 billion IPO, China launched an investigation into its affiliate company Alibaba Group, China’s biggest online commerce company. Since then, regulators have told more than two dozen technology companies to resolve issues of unfair competition and alleged monopolistic practices, including Tencent, Baidu, and Meituan. After years of loose regulation of Chinese internet firms, we believe the more stringent approach to antitrust rules could ultimately promote a healthier competitive environment. We expect Chinese tech stocks to resume their uptrend only once regulators call an end to their investigations.

U.S.-China relations: Rising tensions with the U.S. will continue to be a major risk for China’s equity market. Recently, the Biden administration ordered a further investigation into the origins of COVID-19, opening a new rift in the already tense relationship. This could add volatility, but should ultimately be outweighed by the strong prospects for the Chinese economy.

We remain constructive on China as we see attractive secular opportunities coming from the country’s economic transition. Currently, for jurisdictions that have more direct access to the Chinese equity markets, we prefer the onshore CSI 300 Index to the MSCI China Index. The former’s valuation is more attractive, in our view, and it has lower exposure to internet stocks, which could remain under pressure in the short term.

We see opportunities in quality value stocks such as leading banks and industrial companies, which should benefit from the recovery. In the medium to long term, we expect some domestic Consumer Staples companies to emerge as the largest beneficiaries of the dual-circulation strategy. Moreover, we believe the risk-reward balance of some quality tech companies has become appealing after the recent correction. 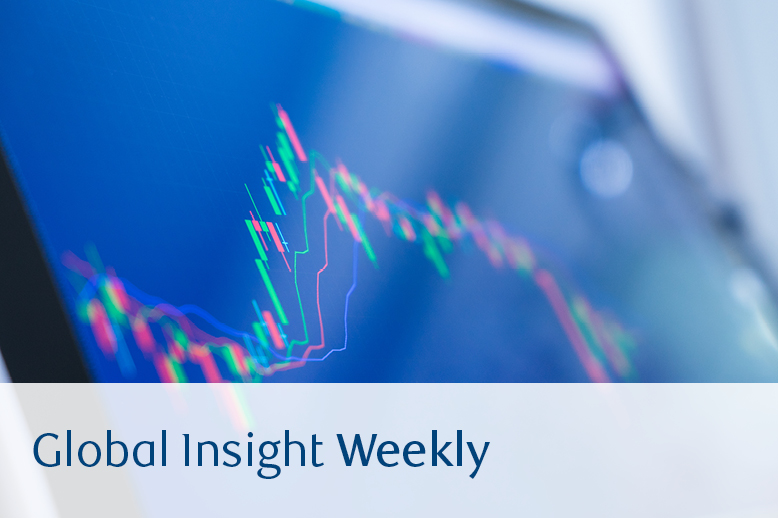 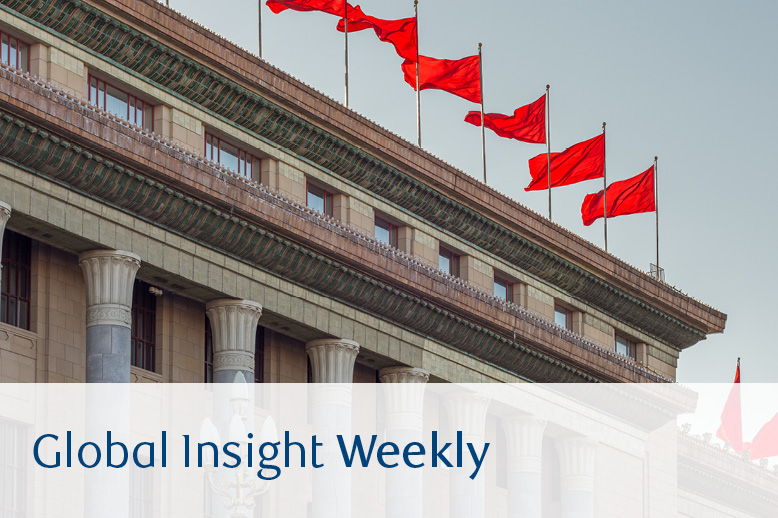 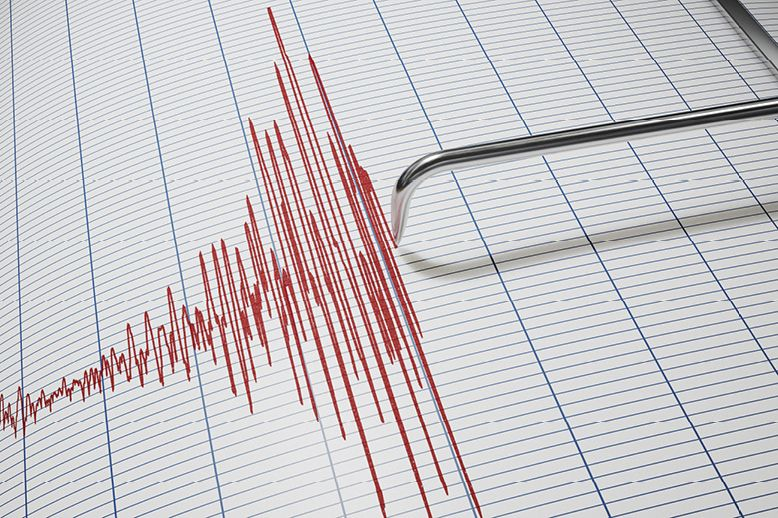 Inflation aftershock: The implication for investors

Consumer prices are the highest in years. What are the risks for the equity market?