While a new (to me) data metric further makes the case that the U.S. will avoid recession; also, a quick note about Brookfield Infrastructure Partners LP, held in all managed client accounts, and my favourite single investment

Well, clearly a situation has arisen this week which has pushed U.S./China trade negotiations to the background. That said, there were a handful of developments on the trade front, a potentially significant one coming as I typed this update mid-morning Vancouver time. But I’ll get to the trade situation in a bit. I’ll also make some comments about Brookfield Infrastructure Partners LP, quite possibly my favourite investment held in all discretionary portfolios, and look at a new, and compelling, data point (at least one I had never encountered before) which suggests that the U.S. will not go into recession.

So…. Impeachment. This is tough – not so much from an investment perspective because I think the impeachment process will have little, if any, lasting negative effect on the markets. Rather, it’s tough because clients will know well that, on a personal level, I am not a fan of Mr. Trump, and I share the widely held opinion that his “style” of leadership (such as it is) is doing damage to U.S. stature in the world. In short, I believe he is burning bridges with international allies that the U.S. may someday need. But here is the tough part – as suspect as his dealings with the Ukraine appear to be, and further, the related attempts at cover-up that seem to have taken place, I’m not yet sure that there is a definitive “smoking gun” that would see Republicans in the Senate vote in favour of impeaching the President. Said evidence may come but, at this juncture, I think Trump will, as always, wriggle his way through this mess. Republicans control the Senate. An impeachment trial would take place in the Senate. A 2/3 majority of Senate votes would be needed to impeach. I just don’t see it happening - yet. And then the spin ahead of the 2020 election will come, predictably that the Democrats were desperate and “over-reached” in an attempt to smear Trump. The Trump base will be emboldened, fence-sitters will be swayed, and another four years will ensue. That’s my take at this moment, although it’s subject to change as the situation plays out over the coming weeks and months. But again, I think the drama will have little, if any, lasting negative consequence on the markets or economy. Although the sample size of one is admittedly miniscule, it’s interesting to note that from the day that impeachment proceedings began against Bill Clinton during his administration, through to his eventual acquittal 124 days later, the S&P 500 rose ~ 27%.

As an aside, I very nearly linked an opinion piece in Wednesday’s Globe and Mail to the “Our Curated Library” section of my website, but opted against it as it wasn’t, per se, investment related (and I’ve pledged to keep any links posted on my site strictly related to investment and wealth planning topics). The opinion piece I considered posting came from University of Toronto professor Clifford Orwin, and almost exactly summed up my personal thoughts on Trump himself, as well as what the implications of the impeachment process may turn out to be. Admittedly, his piece was written before allegations surfaced that a cover-up took place (by burying the call transcript in a “classified” computer server) but, in my opinion, it is still a very worthwhile piece to consider. If interested, here is the direct link to the Globe and Mail article itself: Impeaching Donald Trump would only make matters worse

Moving on to U.S./China trade relations, until today, the general tenor had been steadily improving the past handful of weeks: preparatory discussions last week went well according to most reports; senior level face-to-face discussions remain on track for the second week of October; modest concessions had been forthcoming from both sides; and, just yesterday, China’s Foreign Minister, Wang Yi, said “we hope both sides can take more enthusiastic measures, and reduce pessimistic language and actions. If everyone does this, talks will not only resume, but will proceed and yield results.” Trump himself said on Wednesday that “(a deal) could happen sooner than you think.”

But around 9am Vancouver time, news hit that the U.S. was considering a block on all US investments in China. U.S. markets had been slightly positive at that point, but dropped notably (although not massively) as the news broke. Is this a precursor to yet another break down in trade negotiations? Possibly. But given the general tenor of conversation the past two weeks, the quotes from Wang Yi and Trump I cited in the paragraph above, and further that the White House has suggested nothing yet has been decided nor is there a timetable for implementation of the contemplated investment restrictions, I suspect this is a negotiation tactic intended to backstop U.S. demands at the face-to-face meetings pending in October. As always, time will tell. But markets have been reasonably resilient in the face of this news today, as well as in the face of impeachment news for the week.

Regarding the new data point brought to my attention via Tom Porcelli, Chief U.S. Economist at RBC Capital Markets, he notes that in an average economic cycle, around 60% of consumption is determined by wage growth, while the other 40% is a function of credit usage (in other words, consumers borrow more). In the current cycle, however, the use of consumer credit has been curtailed, and wages are responsible for determining closer to 80% of spending. So, not only are higher wages likely to have a greater impact on spending than is typically true, but the under-usage of debt by consumers reduces the risk that consumer credit defaults could drag the U.S. into recession. Again, I’d not seen the data ever presented in this manner, and I find it interesting. However, I’d also note that the data is not nearly so favourable in Canada (luckily though, as goes the U.S., so goes Canada most of the time).

Last, some quick thoughts on developments with Brookfield Infrastructure Partners LP (BIP.UN), a core holding in all discretionary portfolios I manage on behalf of clients. I’ve often noted to Brenda (and, for that matter, to a handful of clients in anecdotal conversations) that if I were ever limited to picking only one position in which to invest, it would be BIP.UN. The position checks nearly every box I could want in an investment: it is internationally diversified; it invests in recession resistant infrastructure projects (i.e. railways, toll roads, shipping ports, airports, cell towers etc.); it is conservatively managed and does not excessively use leverage; and it pays a handsome dividend that it has been growing consistently year in and year out. And did I mention that it’s also up 550% over the past decade? Like I said, it's easily my favourite investment. In fact, the only complaint I have is that it is a pain in the ‘you-know-what’ every year at tax time. This owes to its Limited Partnership structure (the “LP” in its name), and the particular way it flows through its income to unit holders. I’m not going to get into the particulars, but suffice it to say that the reporting method is difficult to understand, and clients are rightly confused. I’ll not lie: I get confused too. Every year, just enough time goes by that I forget what my previous year’s research indicated, and when the first client asks about the matter at tax time, I have to re-investigate anew. I receive many, many calls about it every year. So, it was welcome news indeed when management of BIP.UN announced earlier this week that they intend to spin out a “corporate” version of the investment that is anticipated to trade sometime in the first half of 2020. The financial participation in profits and dividends will be identical to that of the LP units, but without the reporting hassles of the LP units. It should, in theory, allow for many more investors to consider investment in the structure who were otherwise hesitant owing to the tax reporting issues. The position traded a couple of dollars higher when the decision was first announced. 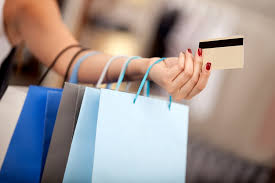 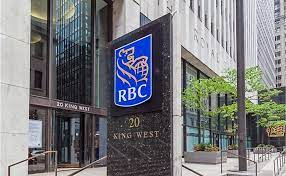