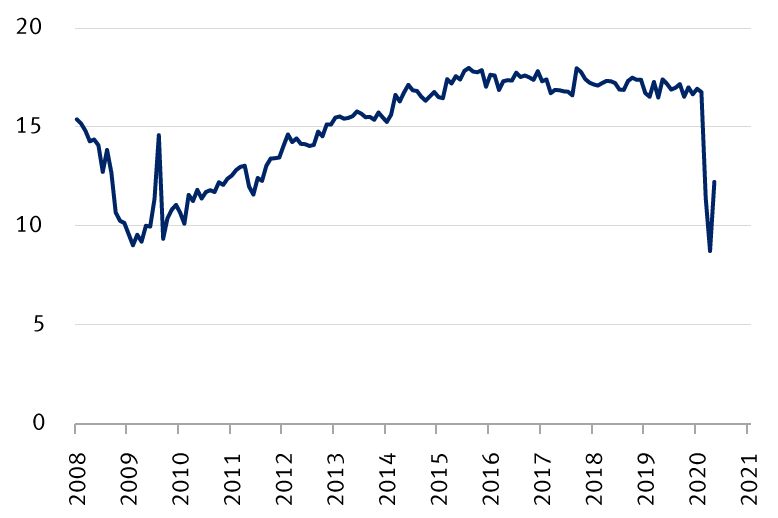 The resilient Health Care sector in an election year

We examine investment themes we think are supportive of the sector’s long-term growth prospects regardless of the policy environment.

The U.S. economy is exposed and vulnerable … what’s next?

We explore the economic scenarios that could unfold depending on the path the virus takes and the different ways the recovery could play out in 2021.