Whether or not U.S. inflation will turn out to be “transitory” as the Fed has asserted on many occasions, the reality is the official consumer and producer inflation data continue to march higher, and the anecdotal inflation evidence is now widespread.

The Consumer Price Index (CPI) surged 6.2 percent in October compared to a year ago, the highest level since 1990. The CPI jumped almost a full percentage point on a month-over-month basis, the biggest such increase since 2008. This consumer data came on top of a 12.5 percent surge in producer prices in October versus a year ago, the highest level since 1980 when inflation was raging in America.

But the curious phenomenon is that the U.S. equity market has largely ignored high and rising inflation so far this year. At the same time the CPI surged from 1.4 percent to 6.2 percent from January to October, the S&P 500 rallied 22.6 percent, seemingly unfazed. What explains this positive equity market performance in the midst of difficult inflation trends? And will the market be able to continue to cope with inflation if it persists?

More than meets the eye

We think there are many reasons the market hasn’t been bothered by high and rising inflation thus far in 2021:

Importantly, there is a perception among equity market participants that COVID-19 is the main contributor to inflation, and that as the pandemic continues to dissipate and supply chains start to function more normally, inflation rates will begin to retreat.

We think there is some truth to this. Also, the unprecedented and significant amounts of U.S. fiscal and monetary stimulus have stoked inflation, in our view. And, yes, all of these inflationary impulses should wane as we get further away from the darkest days of the pandemic and policies begin to normalize. 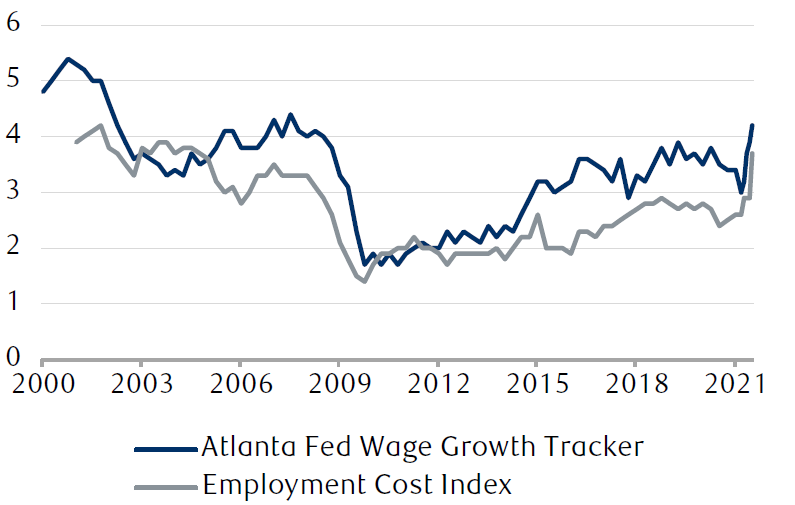 But RBC Capital Markets, LLC’s Chief U.S. Economist Tom Porcelli points out that not all of the inflation pressures are tied up with COVID-19 and the related supply chain disruptions. Inflation was starting to simmer before the pandemic, and now it has become broad-based, with 10 of the 15 major consumer inflation categories he monitors rising at the same time in the past few months. Furthermore, inflation in the service sector—by far the largest segment of the U.S. economy—is starting to perk up, according to Porcelli.

Even though the U.S. equity market has coped well with high and rising inflation thus far, it did react negatively to October’s CPI surge. The S&P 500 retreated 0.8 percent on the day the data were released, and was particularly impacted by the related rise in bond yields and flattening of the Treasury yield curve.

What could make inflation morph into a problem for the equity market? 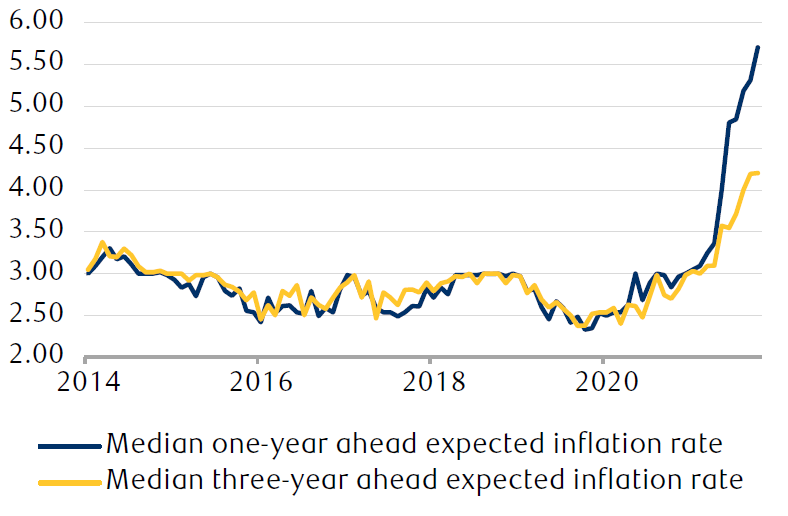 Easing, but not pleasing

Our base-case forecast is that inflation pressures should ease next year, and even Porcelli, an inflation hawk, anticipates this will occur. But as we’ve stated on many occasions, we think U.S. inflation levels will remain uncomfortably elevated for the next couple years. It’s unclear whether the equity market has fully factored in this scenario.

Depending on the path of inflation and, importantly, the Fed’s response to it—whether it manages the situation effectively or ineffectively—inflation could generate volatility for the U.S. equity market in 2022.