Life insurance should already be on the radar of business owners

In February’s 2018 federal budget, the feds clarified the rules around passive income for Canadian-controlled private corporations (CCPCs). The budget introduced a $50,000 threshold for passive, taxable income within a year, and tied that threshold to the small business deduction.

After the budget dropped, the feds’ approach was described as an improvement over previous CCPC taxation plans because it’s simpler. But it still requires CCPCs to keep passive income to $50,000 or less if they want to access the full $500,000 small business deduction limit. Otherwise, the limit will be reduced by $5 for every $1 of passive income above the $50,000 threshold.

The bill implementing these changes received Royal Assent on June 21, so CCPCs must start planning ahead.

One strategy to keep passive income under the threshold is for the business to purchase or use an existing exempt, permanent life insurance policy on the business owner. The policy (usually whole life or universal life) must have an investment component.

Life insurance should already be on the radar of business owners as a way to protect partners, employees and family members should the owner die. But it also offers a viable wealth accumulation alternative, says James Kraft, estate and insurance advisor at BMO Nesbitt Burns.

Tax-exempt insurance does not produce annual investment income, which means your adjusted aggregate investment income will be lower, and that means you could preserve more [of the] small business deduction,” he explains. Building up the investment component of the policy means the business owner is paying the insurance company in premiums rather than paying income taxes on investment growth, he adds.

After the budget was released, Kraft says he “talked with a lot of clients about how we can work this into their overall arrangements. You might even have someone who isn’t at the $500,000 small business deduction but who might want to avoid higher levels of investment income.” While many of his clients aren’t close to the threshold, and therefore haven’t taken advantage of this strategy, he says it’s worth considering as 2019 approaches.

Once the client’s business owns the insurance, there are two main scenarios to account for: the business holds the insurance until the owner dies, or the owner takes ownership of the insurance and withdraws from it upon retirement, thus deferring the passive income until retirement. We’ll examine both.

Just as beneficiaries of individual life insurance receive the death benefit tax-free, so do corporations—in a sense. “If a company gets the whole amount at time of death, then what goes into the capital dividend account is the death benefit minus the adjusted cost basis,” says tax specialist Lea Koiv of Lea Koiv & Associates.

The capital dividend account (CDA) is a notional account that allows Canadian-resident shareholders to receive tax-free dividends in situations where they would not have been subject to tax on the amount if they’d earned it directly (such as receiving a death benefit). The company is allowed to pay these dividends up to the full amount of the CDA.

In this case, the business purchased the life insurance for the purposes of saving for retirement. The business owner is now ready to retire and is about to sell her shares.

Before selling her shares, she decides to personally take ownership of the policy. This could have tax implications for the business as well as for the owner, who wants to access the policy’s built-up value. For example, “advisors will want to take into account relatively recent tax changes in the area of a non-arm’s length disposition of a policy,” says Koiv, following a change in the 2016 budget regarding how policy gains for such dispositions are calculated.

Crucially, the policy gain will be considered passive income for the year in which it occurs. Further, the owner who’s retiring must also be aware that she could be taxed on the resulting benefit as well, Koiv adds. The calculation of the taxable benefit depends on similar factors as the policy gain (e.g., the value of the policy, and its adjusted cost basis and fair market value).

Once the transfer is complete, the owner can begin accessing that built-up value through personal withdrawals

At that point, the retired business owner (who now owns the policy) would “just be taking money directly out of the insurance policy” and paying tax on it, Kraft says. This can involve taking the money out all at once or over time, and “it’s really just trying to find the most efficient way.” For money that’s taken out, the policyholder would get a T5 statement for the policy gains realized as she accesses the cash value of her life policy.

Whether or not the policy is accessed all at once, the strategy of using tax-exempt insurance to save only works if the policyholder does not need the policy to pay out upon her death. “Taking money straight out of the cash value reduces the death benefit,” Kraft explains. In the end, “you throw the policy away. There’s nothing left. You’ve already covered all of your other needs.” Kraft would use this simpler approach, versus taking a policy loan, for example.

However, Koiv says, “What needs to also be investigated is whether there are ways to access the policy value on a tax-free basis. Here, consideration should be given to whether the policy might be collateralized (i.e., pledged to a bank for loan) or whether policy loans might be taken. Tax-free access to the policy’s value should always be explored as a first step.”

Issues to consider before using insurance

Before deciding to shelter CCPC investment income in a life insurance policy, business owners should consider whether a policy might ever need to be disposed of, or collapsed, before their retirement from the business or their death.

Just as at retirement, the collapse would result in a policy gain and, as such, taxation under new passive rules, Koiv says. “You typically expect that with most life policies, the payout will be at death. But consider whether you will possibly be in a situation in which the policy could be collapsed in advance of death and, as such, possibly have that income inclusion and [reduction of] the small business deduction.” Policy gains result from both full and partial dispositions, she adds.

Investing in life insurance can be a sound strategy, says James Kraft, of BMO Nesbitt Burns, so long as investment growth on the policy’s cash value doesn’t exceed a certain maximum. This maximum relates to the accrual taxation of insurance proceeds, and is based on exempt versus non-exempt Income Tax Act rules for insurance policies that were enacted in 1982 and revised most recently in 2016, says Kraft. What the government did was create “a line in terms of exempt versus non-exempt, and the issue is they’ve said for policies that are exempt, they will not require annual tax reporting. If the policy crosses this notional line, it will be taxed on an annual basis. Under the Income Tax Act, that line is called the maximum tax actuarial reserve (MTAR),” he adds.

If a policy is not considered exempt for tax purposes in a given year, Budget 2018’s tax measures supplement says that income would be added to the passive income of a business for the year to which it applies.

So, while Canadian companies design their policies to be exempt, U.S.-bought policies could be problematic. Says Lea Koiv of Lea Koiv & Associates: “What if I lived in the U.S. and bought the policy while in the U.S., and then I come to Canada? I would need to know whether the non-Canadian policy was exempt” and thus compliant with new passive income rules.

Mrs. and Mr. Smith, both aged 50, own a successful CCPC. They expect to be able to set aside another $100,000 per year for the next 10 years to supplement their retirement income.

Assume that they fully use their small business deduction and already have a corporate reserve that generates $50,000 per year (the threshold limit).

They have three main options to save that $100,000:
1. In an investment account
2. Taking a dividend of $100,000 per year and saving it personally
3. Using corporate-owned exempt life insurance

Here’s how each would work.

Under the new passive investment rules, the business will be liable for $2,508 in corporate income taxes, and face a reduction in their small business deduction of $25,000 (five times the investment income of $5,000).

Let’s assume the tax savings offered by the small business deduction are worth about 12% by subtracting the 14% small business rate from the 26% general rate. This means the Smiths would lose about $3,000 (12% of $25,000) in tax benefits because their corporation earned $5,000 in investment income above the $50,000 threshold.

Options 1 and 3 would allow for tax deferral within the corporation, while Option 2 would permit the Smiths to withdraw capital from the investment portfolio tax-free. 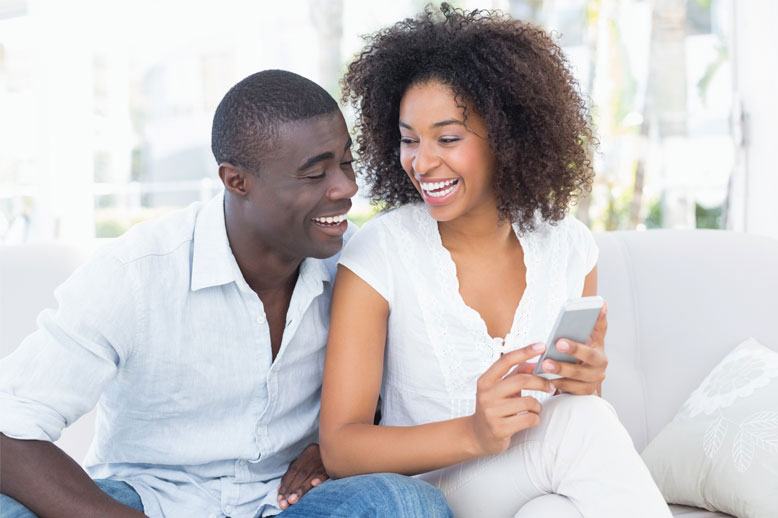 Find out what income splitting is, and how a prescribed rate loan strategy may be beneficial for some families as part of tax planning. 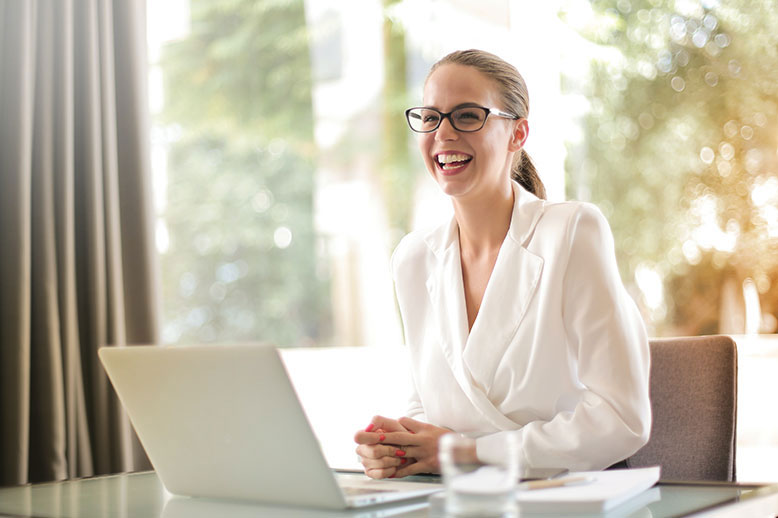 Setting a strategy for investing regularly

Much like starting early with your investments, using a structured approach is a key principle in successful investing as well. Find out more. 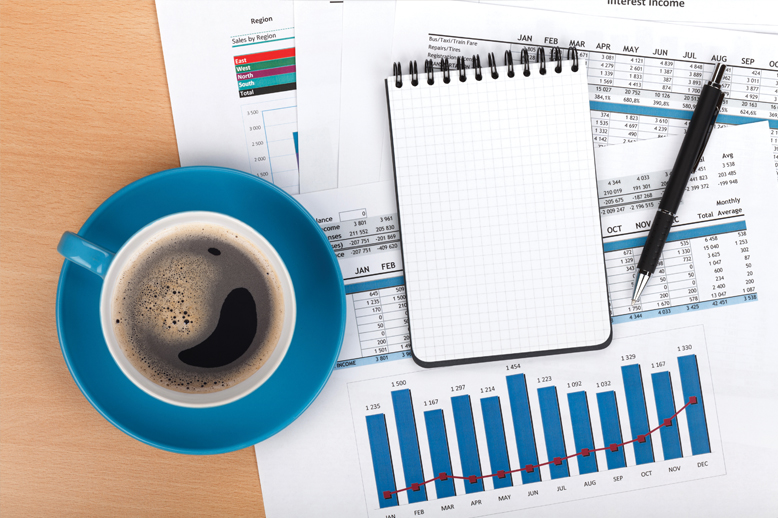 An integrated approach to wealth planning with myGPS™

Augmenting the client-advisor connection in making wealth planning work for you.