Even though May 2019's volatility felt dramatic, history shows its normal and routine.

About every 4 to 5 months investors tend to forget that market corrections of 5% or greater occur about every….4 to 5 months. There was no exception as this played out again in May 2019 when we experienced the S&P 500 decline -6.9% in 4 weeks, the first monthly decline since the sharp drawdown from Q4 2018. The bigger picture tells us this was the 24th decline of >5% since 2009, which means that 5%+ corrections occur, on average, 2.4 times per year, or every 5 months. Although this information is useful, markets never follow a set schedule when it comes to volatility, but the data does demonstrate how 5%+ corrections are normal and routine. 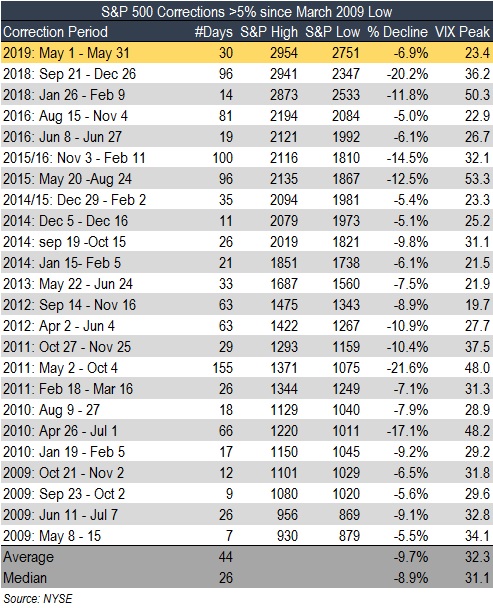 Albeit, the speed with May’s decline was dramatic and quick (the 11th fastest monthly market decline we’ve seen from 2003 to 2019); however, to frame this latest episode in the context of other periods of market volatility there was nothing significant to note. 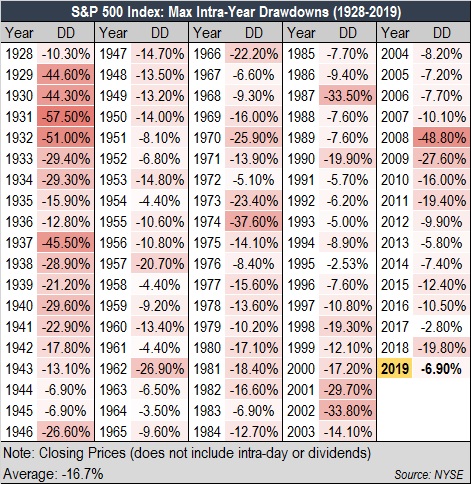 May was historically normal and in line with every other period the market has declined in a similar manner. Historically, market drawdowns of this magnitude have provided opportunity for entry points into quality equity holdings for the long-term. Based on June’s reversion so far, it appears May’s volatility was no exception.

The Tenets of an Investable Company

The Tenets of an Investable Company There are several qualitative and qualitative factors that are involved with portfolio management and security selection. Below we distilled a short list of some of the quality factors used as criteria for evaluating...

8 helpful rules for increasing the defensiveness of an equity portfolio

The Importance of Estate Planning

There are few things a client can to do de-risk their situation more than proper estate planning.

Canada: A Rich History of Dividends

No shortage of Canadian equities with a consistent dividend track record