If you have read the first 3 parts of this series, you are probably a little concerned about where our economy is going. I know I am. We have long crowed about missing the global financial crisis, but we forgot to keep our eyes on our own unique issues and have let too many weeds take hold.

Now for some good news. It’s not all Doom and Gloom. High consumer and corporate debt is definitely weighing on our economy, but there are some pockets of real growth that are shaping a path forward for our country.

These first two charts are from the Canadian Venture Capital & Private Equity Association (CVCA) and they show the incredible year we have had in investments into new startup companies. Before 2019 is even over, the CVCA has already reported that total investments in Canadian startups are at a new record high. More importantly, the dollars are up, but the number of deals are down. That is a real positive for the future. 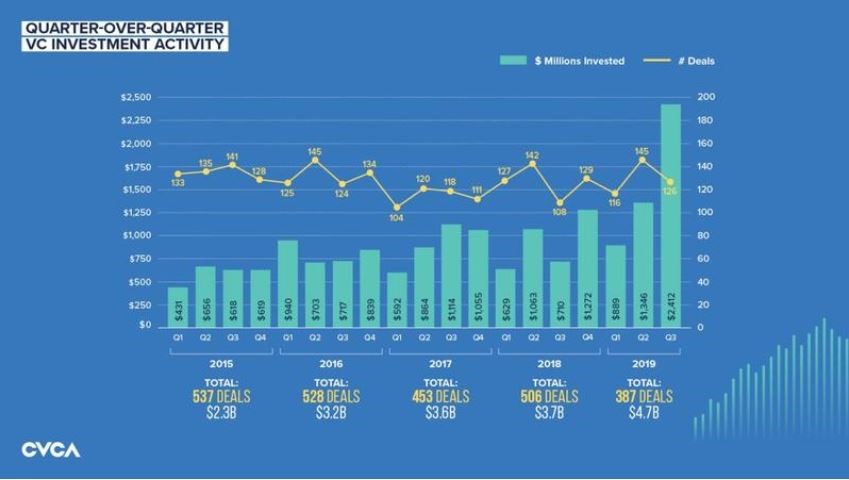 Software is eating the world according to Marc Andreesen, famed VC Titan of Andreesen-Horowitz fame, and that is showing up when you see investments by sector. A large portion of Canada’s VC investment boom has gone into information, and communications technology. It dwarves all other sectors on the below chart. What is interesting and unique is that you are seeing the same trend (more money into fewer startups) in Life Sciences, Cleantech and Agribusiness. These are all areas that will continue to grow in importance, not just in Canada but worldwide. What’s stopping us from pushing even further into these areas and building companies that sell to the world? 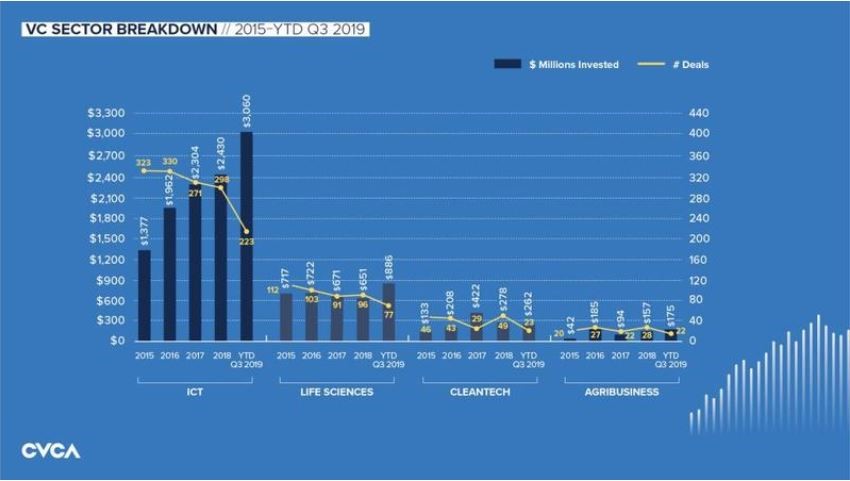 We often ignore our own tech companies in favour of the darlings of the US tech scene. I will admit some guilt on this one, but my mind was changed when I saw this chart from this Maclean’s article, by Nick Waddell of Cantech Letter. We all should learn to understand and support our own technology companies, whether they have been around for many years or are new to the scene. 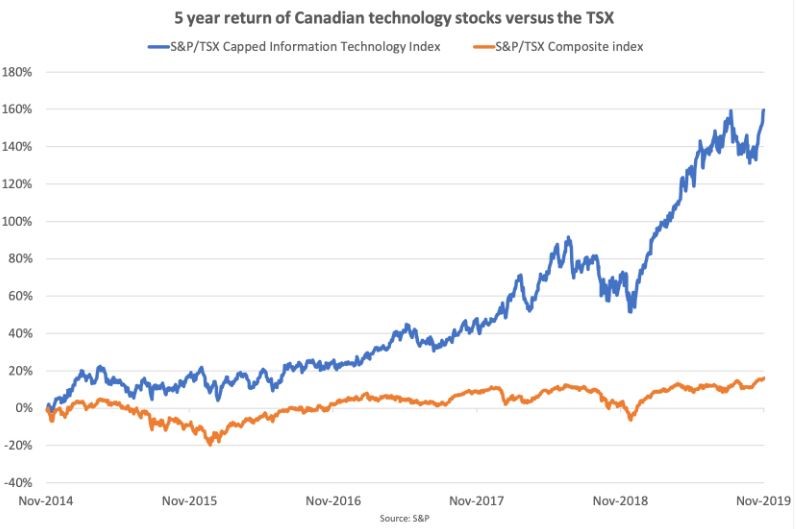 I found this next chart while doing research for this series and I think it is a nice finishing touch. Indeed, the global online hiring company, has tracked foreign interest in Canadian tech jobs for the past 5 years and has found a steady increase. You might recall from part 3 of the series that our future economic growth needs immigration to avoid a declining population. If we are enticing educated immigrants from around the world, that is a huge positive not only for now while they are earning money and building companies, but also for later, when they build or join new companies to push the second wave of tech growth. 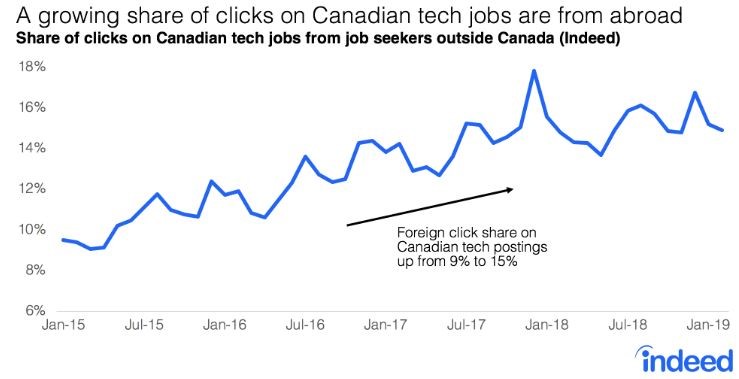 The US tech industry grew very much from this type of environment. Highly-skilled people came to Silicon Valley to build companies like PayPal and Oracle. They would then take their skills back to their own startup companies and build the next generation of tech. PayPal is the most famous example. From the early builders of PayPal came the founders of LinkedIn, YouTube, Yelp, Palantir and Tesla.

We absolutely should be cheering for more investment in Canadian companies. We should shout from the top of our lungs about the success of Shopify or the record year of investment. We should be building a system that encourages and supports innovation in not only software but also Life Sciences, Cleantech and Agribusiness. Our old industries are still integral to our economy, and we shouldn’t forget them, but if we adapt our economy to be more diversified and robust, we will make an economy less cyclical and one that is ready to grow. An economy that sees growing GDP per capita. An economy for the future is there for the taking, and I think it’s time we take it.

The COVID-19 pandemic has severely upset the livelihood of millions of Canadians and businesses.

A thought for your day