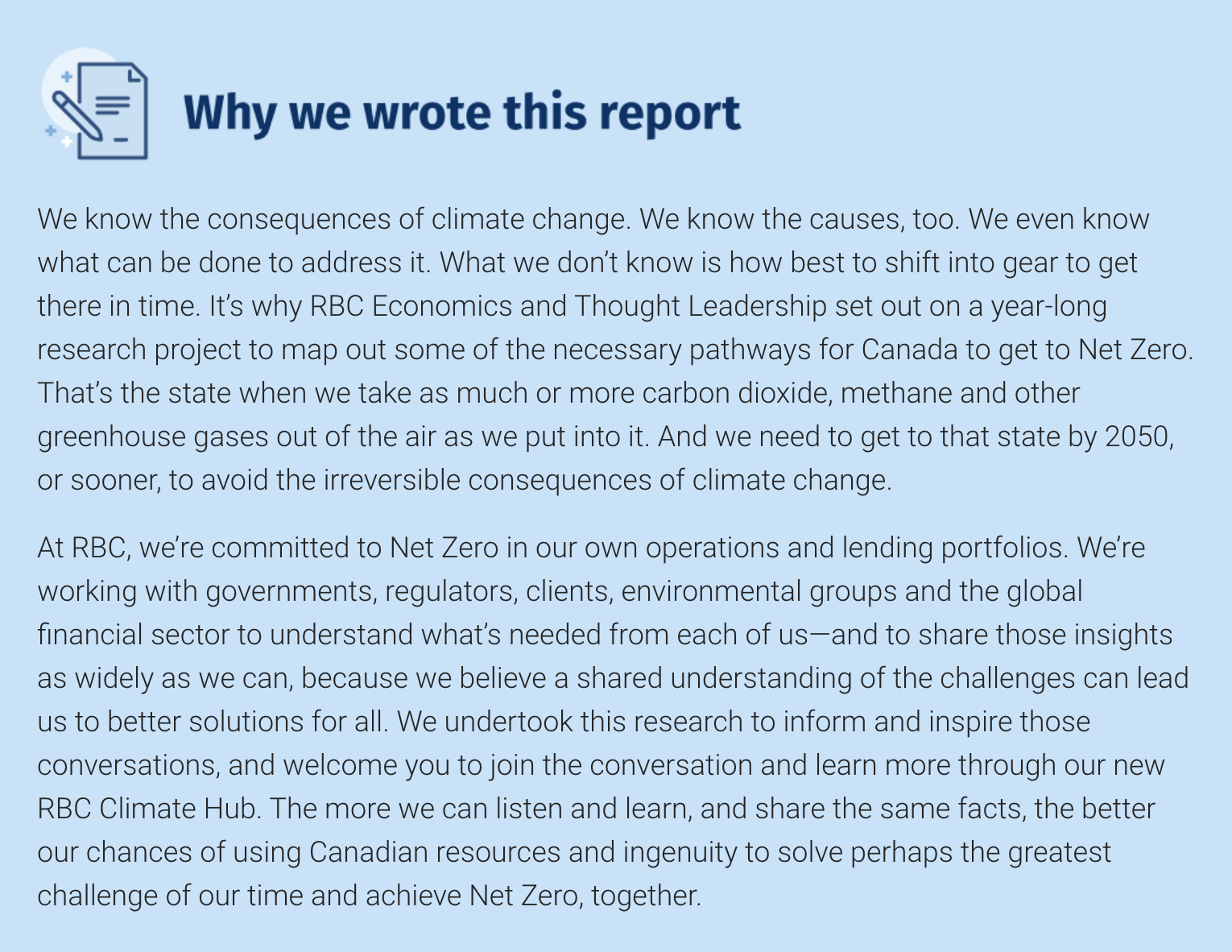 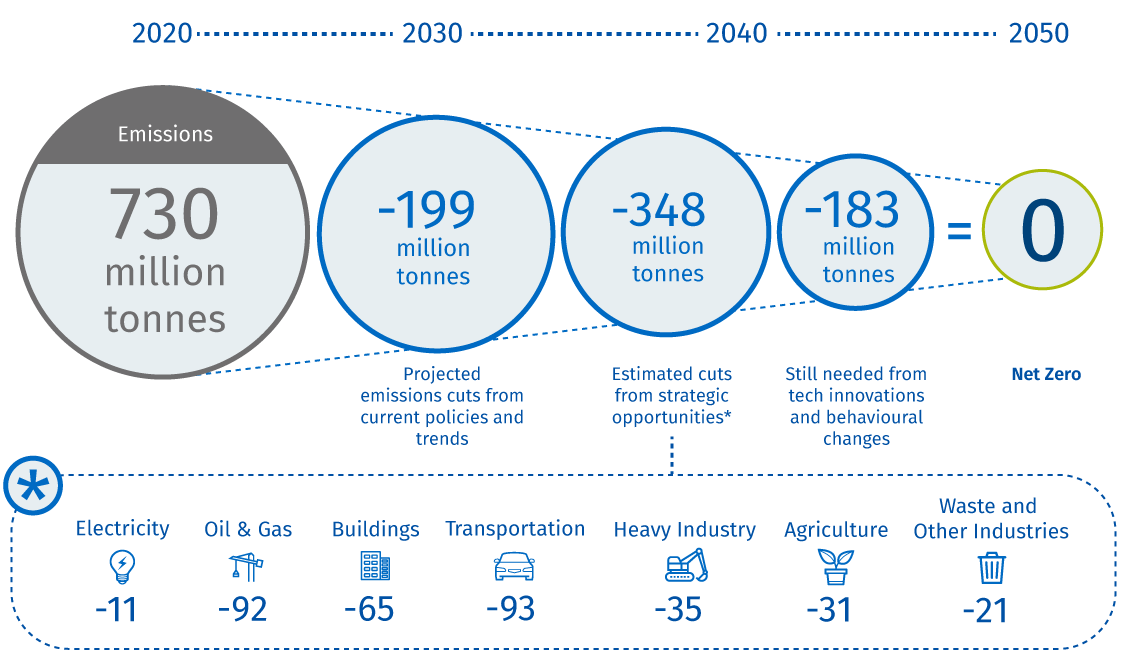 Canada has a math challenge.

When it comes to greenhouse gas emissions, Canadians account for a relatively large share of what the world produces. Although we’ve committed over the decades to cut those emissions, we’ve fallen short. We continue to consume conventional energy to cross our vast land and heat our homes, and allow methane to seep into the atmosphere to feed ourselves and much of the planet.

All told, we’re putting as much pollution into the atmosphere as we did a generation ago. We don’t have another generation to shift gears—not if we want to avoid the worst consequences of global warming. Canada emits roughly 730 million tonnes of carbon dioxide and equivalent greenhouse gases each year, making us the world’s 10th largest emitter. That number may seem small compared to the nearly 50 billion tonnes the world produces, notably from the U.S. and China. But it’s a lot more than the 602 million tonnes we generated in 1990, just before the world’s first Earth Summit.

Despite our best intentions, emissions have grown

To get on a more serious path to Net Zero, the federal government committed to getting Canada back to around 500 million tonnes by the end of this decade—and eliminating or offsetting the rest by 2050, using new technologies like electric vehicles, new heat sources for homes, and new processes to capture and store some of the emissions that we’ll continue to produce to power our planet.

This report aims to map out some of those pathways, as well as the investments and policies needed to achieve Net Zero. We use a range of established modelling on the emissions of major sectors, and the potential of breakthrough technologies, behavioural changes and improvements in industrial and agriculture processes. Our research aims to project out, over 30 years, what the estimated long-term costs and benefits could be, understanding that many uncertainties exist around climate, technology and behavioural trends and such forecasts will continue to evolve.

The amounts needed could be hefty: around $2 trillion in the next three decades. Based on our estimates, governments, businesses and communities would have to spend at least $60 billion a year to cut Canada’s emissions by 75% from current levels, which is about as far as we can get with current technologies. That’s a significant jump from the estimated $15 billion a year we currently spend. While those are large numbers, they’re also affordable, especially when measured against the economic returns of new technologies, products and even entire industries in which Canada can be a global leader. For context, Ontarians alone spend nearly $70 billion a year on healthcare, an essential national priority.

Nature can help, of course. Scientific forecasts for large-scale tree planting and forest management suggest such measures could sequester some 50 million tonnes annually by 20501, which covers one-tenth of what Canada will need to get to Net Zero. (Protecting Canada’s forests, wetlands and grasslands from being converted to other uses could prevent another 30 million tonnes of GHGs from being released annually.)

Then there’s technology. A nation of electric vehicles, solar-powered houses and hydrogen-fueled airplanes will help enormously, and the innovation spurred by more uptake of these technologies can cut their costs and the overall bill. But as the chart below illustrates, the best-case scenarios for these technologies might only get Canada three-quarters of the way to Net Zero. We’ll need many more inventions, and new habits, to help transform industries and lifestyles. The good news: Canadians, whether we’re developing resources, building technologies or serving a diverse world, are strong innovators, especially in the face of challenges like climate change. 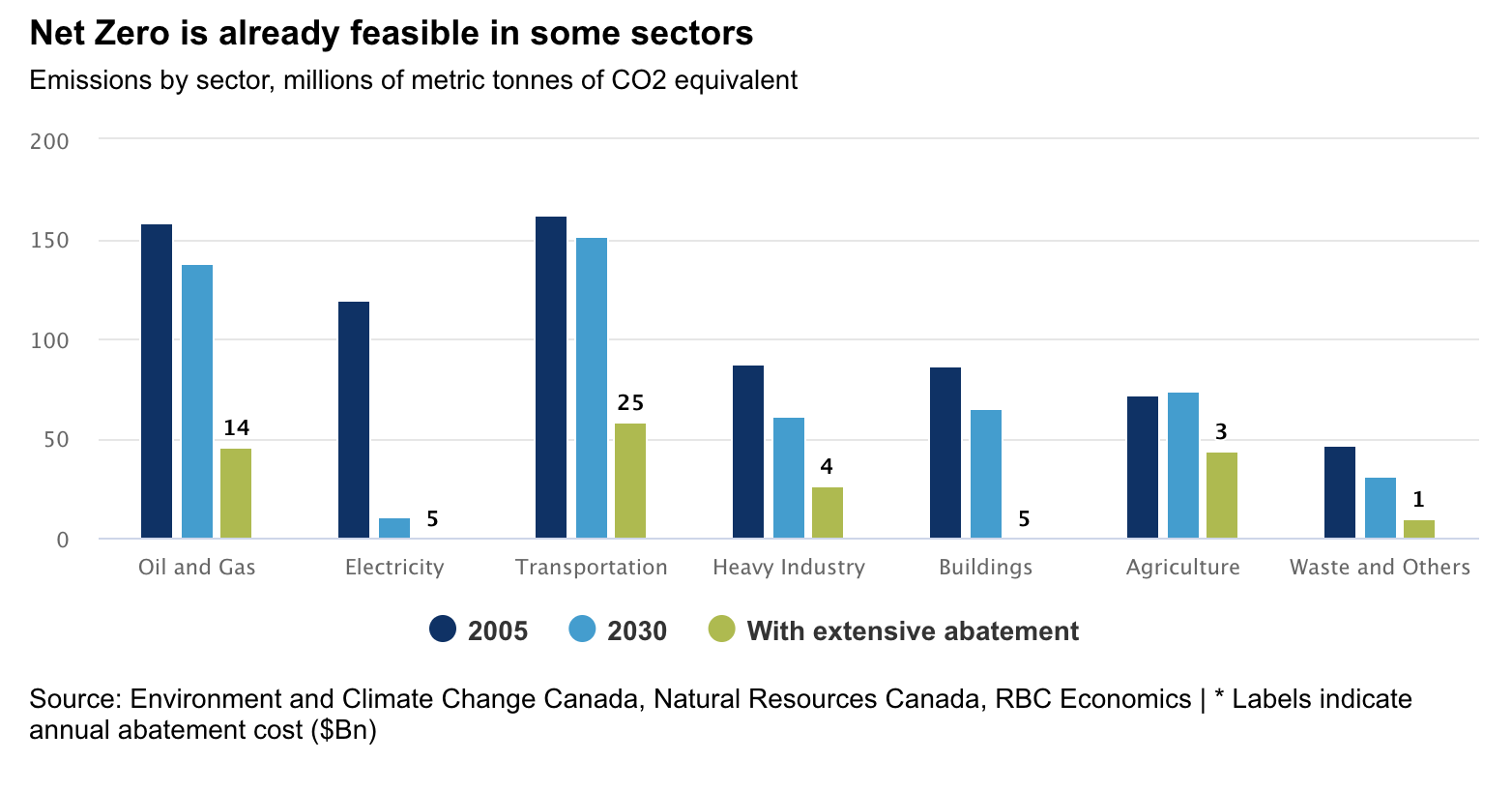 One of our biggest challenges: we’ll need to roughly double our electricity supply to power a new fleet of EVs, and to heat and cool our homes, offices and schools. Canada has a head start, with a “green grid” fed by hydro, nuclear, wind and solar power. We also have plenty of lower-emissions natural gas to serve as a transition fuel, be it for heavy industry or big cities, as the economics and reliability of renewables improve. More capacity will be needed on each front, as well as historic investments in transmission lines and a new approach to how provinces manage the sector.

A national green grid can help power some of the country’s biggest emitters in cleaner, and cheaper, ways. Canada will also need to help our oil and gas producers, farmers, manufacturers and others working in carbon-heavy sectors, as they continue to develop their own pathways to Net Zero, and ensure that any transformation does not cause widespread economic hardship or social disruption. (We will have more to share on the costs of a disorderly transition in an upcoming report.)

A long-term commitment to carbon pricing, with steady and predictable increases, will help, by allowing investors, entrepreneurs and operators to allocate capital efficiently and effectively. So, too, will a regular, independent and transparent assessment of the impact of carbon pricing, and whether the 2030 target of $170 per tonne is optimal. Such an approach to pricing carbon, at significantly higher levels than today, could even shape new economic thinking for North America, if Canada and the U.S. work cooperatively on continental supply chains for green products like EVs and trade measures to better price the cost of important energy-intensive products like steel.

This journey will require new approaches to sustainable finance, if we’re to generate the $2 trillion needed to finance the transition. Overall, capital is not in short supply. Investible projects, with reasonable returns, are. What’s needed? An overhaul of industrial regulation and tax policy, and more government backstops, to offset the inherently risky frontier of clean technology, sustainable infrastructure and new consumer products. A lack of consistent and reliable policies continues to impede Canada’s ability to attract the sort of private capital needed to finance the transition.

And we’ll need people—a lot of them—to focus on the skills required to power the transition, install neighbourhood solar grids, maintain new EV fleets, and reform farming practices to ensure Canada’s ample soil is used more actively to absorb carbon from the atmosphere. Estimates suggest Canada will need to retrain 100,000 workers with new green skills, and add up to 200,000 more like them to the labour force as early as 2030.

The cost of inaction

While cutting emissions is costly, there’s a cost to doing nothing, too—one that will continue to climb the longer we postpone action.

If we keep emitting at the current pace, we would need to save $40 billion annually to cover the costs of future disasters made worse by climate change. And that’s before accounting for the uncertainty over how climate patterns will evolve. Melting permafrost, collapsing rainforests and other catastrophes could make the bill that much steeper. By cutting emissions today, we could protect ourselves from an even bigger bill in the future. At the same time, poor policy decisions or extreme measures to slash traditional energy production would cause real economic and societal damage. In one extreme scenario, in which oil and gas output falls by two-thirds, the industry would shrink from nearly 8% of GDP to just 1%. We’d lose nearly three-quarters of the jobs in the sector, and government revenue would fall by $8 billion each year—developments that could undermine public confidence and hamper, not help, the transition.

The challenges are serious, but so are the opportunities. Canadians are proven energy innovators, including around nuclear, hydrogen-cell and oil and gas-extraction technologies. We can’t delay action as we wait for new technologies to arrive.

Policy changes will be essential. But first we’ll have to take a hard look at the areas in which Canada has the biggest emissions. In the section that follows, we explore those areas and how they can become pathways to Net Zero.

Continue on to read the full article on ThoughtLeadership.RBC.com 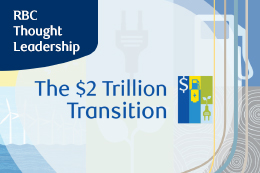 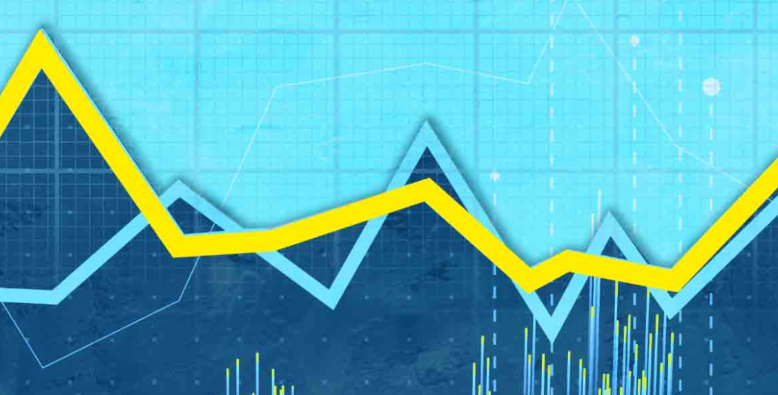 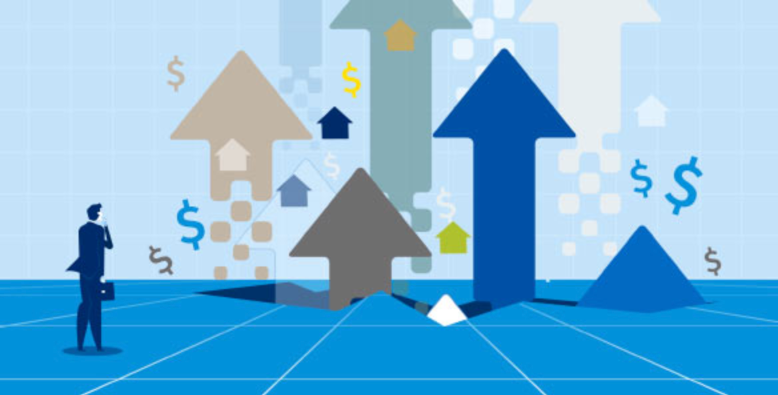 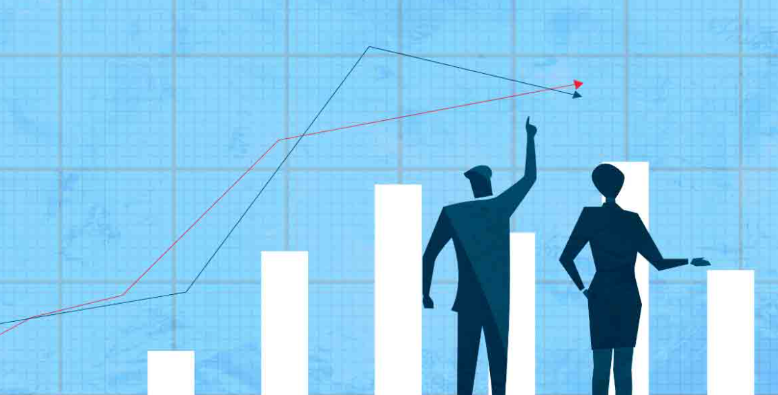 Quebec budget 2022: Focusing on the present and the future

Last-minute spending spree to help with soaring cost of living.