A good friend of mine always tells me that one of his life goals is to pay $1 million in taxes! His argument being, that if he has to pay that much tax then he will be making so much money that he will no longer care what the tax man takes. And I get it. However for much of us, tax time is a dreaded time of year. Not just because of the time and effort it takes to prepare your tax information for your accountant (you really shouldn’t be doing your own taxes), but also for the painful tax bill that often accompanies it.

So why are some of the richest individuals in the U.S. calling for higher taxes on themselves and their peers?

If the more vocal of them are to be believed, capitalism has worked too well for them, and has created an ever widening divide between the haves and the have nots. Indeed it has become such an issue in the U.S. that some presidential candidates are using it as a campaign platform. Kind of ironic, as these same individuals have become billionaires under this same system that they are now suggesting isn’t fair.

Other non-presidential hopefully have also chimed in. Think Warren Buffet and Bill Gates, two of the richest men in the world. They are specifically identifying the income gap being of the most concern, with CEO’s in the U.S. routinely making 600 to 700 times more than their average employees do. And what they are all suggesting is higher taxes for the rich.

The wealth of the top 1% of the population is now more than the bottom 90% (that’s you and me) combined!

The below shows growth of average household income since the 1970’s alongside the % of 30 year olds who earn more than their parents over the same time frame. Not a pretty picture for those entering the workforce.

Some of the proposals have included tax increases for those making over $1 million a year, and even larger increases for those making over $10 million. Bill gates, included in this group claims he has already paid over $10 billion in taxes, but is willing to pay more! A tax rate of up to 70% has been proposed. For those of you wondering what Trump has done, he has lowered taxes.

So for those of you late to file your tax returns, don’t fret too much. It would be worse, you could be looking at a future tax rate of up to 70%. 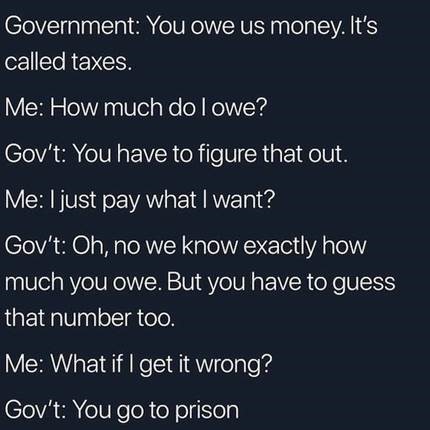 "It’s about one year on from when the pandemic shut down the global economy. While it will still be a long way back, the overall recovery is exceeding expectations. We look at where things stand for the world’s key regions as they continue to reset"