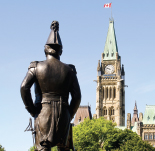 Consultation paper released by Department of Finance on July 18, 2017

The 2017 federal budget identified tax planning areas where the government feels that some owners of private corporations have gained unfair tax advantages. On July 128, 2017 Federal Minister of Finance, Bill Morneau, announced the release of a consultation paper and draft legislation to address the following issues:

The government is seeking input on its proposal by October 2, 2017.

The Income Tax Act currently includes certain rules to curtail the use of income splitting. One of these rules applies a special "tax on split income" (TOSI or more often known as "kiddie tax") to address the splitting of certain types of income to minor children (i.e., individuals under the age of 18). The TOSI applies to dividends paid on private company shares or income distributed from a trust or partnership that is derived from a business or rental activity of a related individual. In cases where TOSI applies, the income is subject to tax at the top personal rate in the hands of the minor.

The government is proposing to extend the TOSI rules to apply to any Canadian resident individual, regardless of their age, who receives split income, However, for adults age 18 or older, only the amount that is considered to be "unreasonable" in the circumstance would be subject to TOSI. This reasonableness test will apply differently based on the age of the adult and is more restrictive for adults age 18-24 as opposed to those age 25 or older. An amount would not be considered reasonable if it exceeds what an arm's length party would have agreed to pay the adult, considering the labor and capital contributions of the individual to the business, the risk assumed, as well as all previous returns or remuneration paid to the individual in respect of the business.

The proposed measures also provide that the TOSI would apply in the case of individuals age 18-24 to 'compound income', meaning income derived from an investment of split income, whether or not it meets the reasonableness test.

In addition, the proposed measures would expand the types of income that are considered to be split income. However, the TOSI would continue to not apply to salary or wages (i.e. employment income) paid to an individual.

The measures would generally apply for the 2018 and later taxation years.

The current tax rules allow you to multiply the LCGE available on the sale of your business if your family members also own shares of your corporation, directly or indirectly through a family trust. For example, instead of only being able to claim one LCGE, a family of four can shelter more than $3.3 million of capital gains, resulting in significant tax savings.

To constrain the multiplication of the LCGE, the government proposes to disallow the use of the LCGE in respect of capital gains that are realized or accrued before the taxation year in which an individual reaches the age of 18. In addition, for adults age 18 and over, the new reasonableness test described above for the split income rules (involving whether the individual made labor and/or capital contributions to the business) would be used to determine whether the adult would be able to claim the LCGE.

Also, gains that accrued during the time in which a trust holds the property will no longer be eligible for the LCGE, subject to certain exceptions. For example, these rules will not apply to gains that are accrue on property held in a spousal or common-law partner trust, alter ego trust, and certain employee share ownership trusts.

These proposed measures would apply to disposition after 2017. However, transitional rules would allow individuals to elect to realize, on a day in 2018, a capital gain by way of a deemed disposition for proceeds up to the fair market value of the property. the election will be available for property owned by the individual continuously from the end of 2017 until the day of the deemed disposition. Capital gains realized under the election will generally be eligible for the LCGE if the criteria under the current tax rules are met.

Corporate business income is taxed at lower rates than personal income, giving business more money to invest in order to grow their business. In the case where the business earns income beyond what is needed, the business owner has the opportunity to hold passive investments inside the corporation. This may result in the realization of after-tax returns that exceed what an individual investor saving in a personal investment account can achieve.

The government feels that the current system does not remove incentives to holding passive investments within a corporation which, in many instances, lead to unfair tax results.

For instance, if an individual with a regular salary of $300,000 receives $100,000 of income in the form of an employment bonus and decides to invest the after-tax amount passively, they will have roughly $50,000 in after tax income to invest (assuming a 50% marginal federal-provincial tax rate). In contrast, an entrepreneur earning an extra $100,000 of business income through their private corporation after paying themselves $300,000 in employment income will have about $85,000 after tax to invest passively, if kept in the corporation (assuming the income is eligible for the lower tax rate on small business income). While the current system aims at ensuring that both individuals pay approximately the same combined tax rate on the passive income generated by their investment (about 50 percent), it does not recognize that the individual using their private corporation has more capital to invest than the employed individual (that is, 70 percent more in this case, or $85,000 vs. $50,000).

The government has not proposed draft legislation to prevent this perceived unfair advantage, but they have offered a plan which is open for comment. The goal under the new system is that the value of the after-tax portfolio of a business owner investing through their corporation would be equal to that of a salaried individual taxed at the top personal income tax rate who invests in a personal savings account.

The new approach entails changes to how passive income is categorized, and subsequently taxed at the individual level when distributed from the corporation as dividends (i.e., eligible dividends or non-eligible dividends) to shareholders. In essence, the tax treatment of passive income distributed as dividends would need to take into account how the earnings used to fund the passive investment were initially taxed, in order to properly eliminate the resulting tax advantage. As such, it would be necessary to track the source of these funds for the purpose of determining how dividends paid by the corporation would be taxed personally in  the hand of the shareholders. Two broad methods are being contemplated to determine the tax treatment of dividends paid from passive investments: an apportionment method and an elective method. A discussion of these two methods and various elections that may be available is complex and beyond the scope of this article.

If the proposed system is implemented, there will be less incentive to accumulate passive investments in your private corporation. In such a case, you may want to consider other saving alternatives such as an individual Pension Plan, RRSP and/or TFSA.

Currently when an individual sells shares of a corporation to a non-arm's length corporation (for example, to another corporation owned by the individual), the Income Tax Act has an anti-avoidance rule to ensure that a corporate distribution is properly taxed as a taxable dividend. If non-share consideration (e.g., cash) is received, the shareholder will be deemed to have received a dividend. If shares are received, the shareholder's paid-up capital is reduced to prevent surplus stripping at the time the shares are redeemed.

The application of this anti-avoidance rule has not always been effective. An individual shareholder may be able to obtain capital gains treatment rather than taxable dividend treatment on extraction of corporate surplus (in general, unrealized corporate value less liabilities) in some cases.

The proposed measure extends the current rules to cases where the shareholder's adjusted cost base (ACB) is increased in a taxable non-arm's length transaction. The objective is to reduce the ACB of the tax payer's share by the amount of any capital gain realized by non-arm's length individuals. This is to ensure that a taxpayer cannot extract corporate surplus as a return of paid up capital or non-share consideration to the extent that the ACB relied upon results from capital gains previously realized by non-arm's length individuals.

The introduction of this measure appears to have a negative impact on the commonly used "pipeline planning technique". Pipeline planning helps to avoid the double taxation that could occur when a shareholder of a private Canadian corporation passes and their shares of the corporation are deemed disposed. This port-mortem planning essentially reduces the tax on the removal of corporate surplus to the capital gains tax rate on the death of the shareholder. The government stated they would study the impact if the proposed measures on the taxation of intergenerational transfers of shares of a small business corporation.

The government also proposes a new anti-avoidance provision intended to prevent the distribution of corporate surplus to an individual shareholder resident in Canada, which would otherwise be distributed as a taxable dividend, on a tax-reduced or tax-free basis in a non-arm's length context.

The proposed measures are effective on or after July 18, 2017.

If you are an owner of a private corporation you should consider the potential impact of the consultation paper and accompanying proposed legislation. It is important to discuss the implications with your qualified tax advisor to review your circumstances. Speak to your RBC advisor to stay informed about the progress of the consultation.

Federal budget 2021: Key measures that may have a direct impact on you

Bitcoin is a potentially transformative technology whose impacts may extend beyond its use as an investment. For its most ardent advocates, a belief that Bitcoin will change society is close to an article of faith.