We are in the last week of summer, and like most summers, we’re left asking ourselves where it went so quickly. We are all too busy at times - I am writing to you from our cottage on Manitoulin Island where I am taking some quality family time, though I’m up at 430am to do so to ensure I am able to spend some of that time with my kids while here. There’s little time for a break, as the markets don’t take a break either – we just have to ensure we aren’t behaving badly while it finds its footing as well: 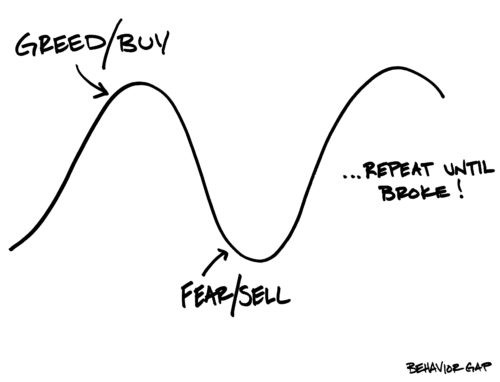 Markets are still weaning themselves off of the central banks stimulus and low interest rates, and I suspect it to continue to be a bit of a rough ride while the patient remains in withdrawal for the next while. It has become clear that the Fed is not going to reverse course on hiking rates as quickly as the market had recently thought – overly bullish investors were underestimating the Fed’s resolve on tackling inflation.

Markets remain optimistic in some respects, however, and are coming to terms with the fact that the Fed will likely continue to be aggressive on rate hikes this year. The Fed is prepared to do some short-term harm to the American economy, because it believes it can be a lesser evil when compared to what unchecked inflation could do instead.

But in 2023, the market is expecting the Fed to start cutting rates around mid-2023, which some are excited about. But what would drive this? Perhaps inflation moving back down quickly, but is unlikely to get all the way close to the target rate of 2% as inflation is usually quite ‘sticky’ and slow moving. Or it could be that the economy has slowed so much that stimulus is required, but if that is the case, that is not good news for the markets or earnings.

So the economy still has to digest all this interest rate tightening which is likely to materially slow things, and this hasn’t even really started yet. This is while the markets continue to remain quite optimistic that company earnings are expected to remain very strong. This all seems to be the equivalent of a coach declaring victory because the game plan should work – in some respects, we’re still in warmups.

The weakness in China and Europe (not to mention things are slowing in North America), combined with a very strong U.S. Dollar all combine to blow heavy headwinds on profit forecasts I fear. As inflation recedes but remains stubbornly high, combined with slowing economy, the fear is we enter a stagflationary environment (which I wrote about months ago HERE).

Like the great Ned Goodman that I quoted in this month’s memo, I remain optimistic long-term. And the bottom line is that while the outlook for markets has certainly improved since the June lows as inflation has likely peaked and corporate earnings were much more resilient than feared. But this market and the economy still face headwinds as the economy digests the rate hikes and central bank stimulus removal (“Quantitative Tightening). Though there are pockets of opportunity that I am seeing, I continue to urge prudence and caution as we move into the end of the year, and maintain that a well-constructed and defensive portfolio should continue to preserve and grow capital.

I have compiled a selected list of hedge fund estimated performance results that I pull together within a few days of the end of every month for a very selected list of clients and close partners. Most funds don’t report official monthly results until the middle of the following month. If you’re interested in receiving this early each month, please let me know.

I wrote about earnings estimates being a risk recently HERE, and this still remains the case. Earnings projections in Canada and the US have increased this year until recently, and even though Q2 earnings were generally solid, they are just starting to roll over now: 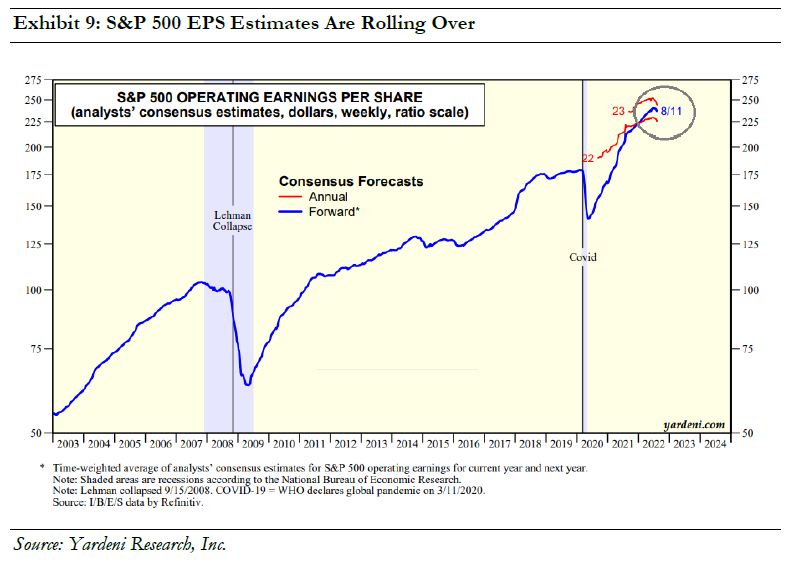 But, Analysts are still projecting record margins for 2023 in the face of significant headwinds and potentially weakening demand. The combination of sustained, higher wage costs and slowing end markets signals margin pressure, which is certainly at odds with optimistic consensus estimates: 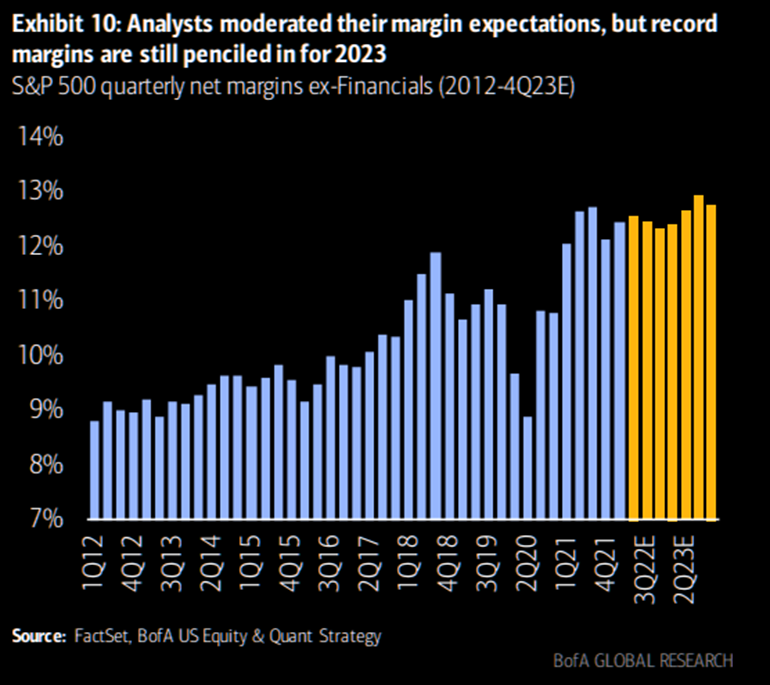 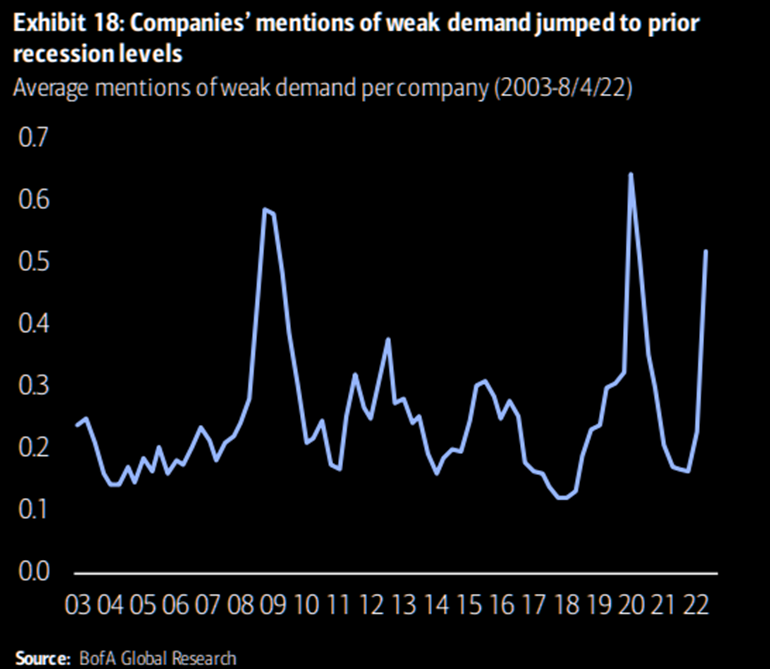 As central banks’ injected massive amounts of money and credit into economies, this lead to high nominal growth, which lead to inflation, and we’re now seeing an abrupt shift that ‘easy’ monetary policy to a rapid tightening. We are still in the early stages of this transition, and the path is far from clear at this point, but there is a reasonable probability that we experience a stagflationary environment.

Following the episodes of the past decade, central bank stimulation was arguably applied for too long, with monetary tightening now coming too late – resulting in inflation. Bringing it under control back to ~2.5% will likely require an aggressive tightening of monetary policy for some time, which means a potential recession and weakening of employment. Central banks have a dual mandate of “maximum employment and stable prices”, and achieving both at the same time will have them forced to choose between low growth to achieve lower inflation, or high inflation to achieve solid employment. This could all culminate in a period of too-high inflation and too-low growth, i.e., stagflation.

The following table shows the historical returns of assets in stagflations and is compared to returns the rest of the time. Having a passive index portfolio, or a 60/40 equities/bonds portfolio is unlikely to perform well in that environment:

How are Valuations? Is Canada Cheap?*

Given central bank stimulus over the past decade, all assets had a hell of a run. Nothing was ‘cheap’. But we are finally getting a semblance of normalcy on this front, and this adjustment is going to take some time and be a little painful in the process.

One could argue that overall, markets are at least ‘fairly’ valued. And there are even pockets of value: 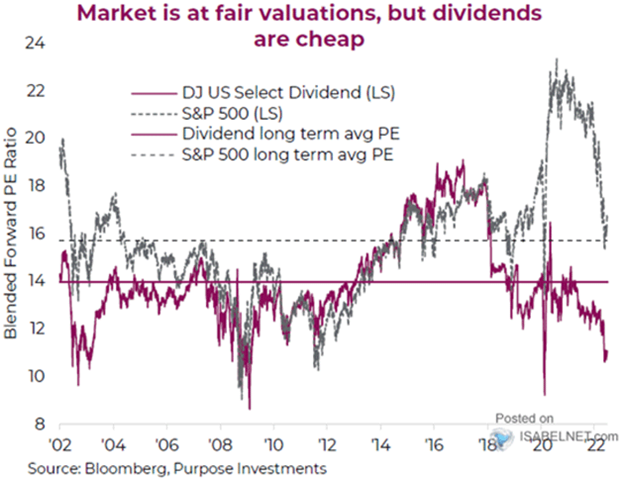 Canadian equities are also potentially cheap on a relative basis. As the chart below illustrates, the TSX Composite is trading at about 12 times estimated earnings for the next 12 months, which is one of its lowest levels historically, while the S&P 500 Index’s P/E ratio is roughly 40% higher, even after the recent selloff. 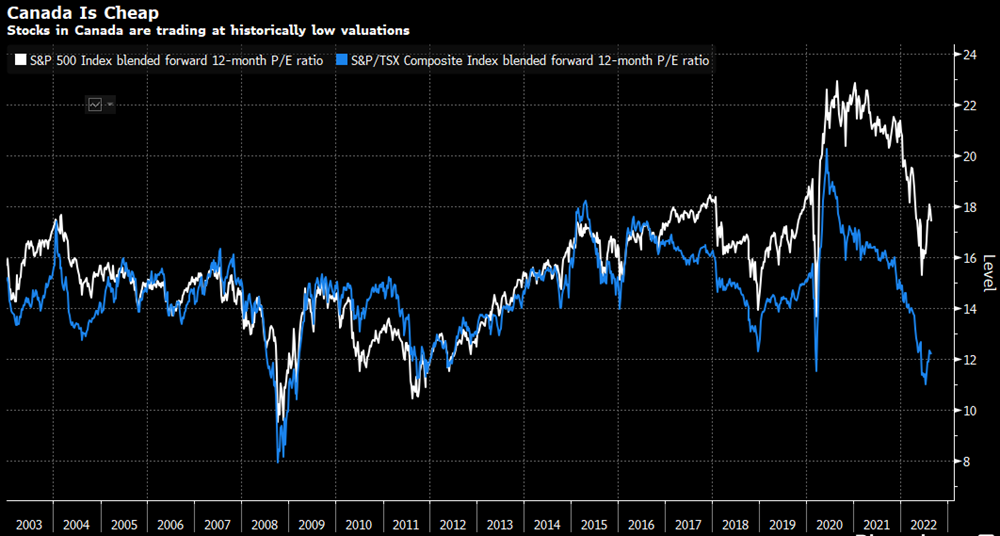