Also, thoughts are offered on the four paths I see back to economic normalcy

Of particular relevance to Canadian investors (Canada’s economy is, after all, strongly energy centric), oil prices crashed to historic lows this week. The main attention grabber occurred on Monday when the near term futures contract on West Texas Intermediate (WTI) oil crashed to negative $37 a barrel! In other words, a producer of the oil (while not necessarily the case, think of a company like Exxon) had to PAY a buyer $37 for each barrel of oil to take away. Try as some might, there is no positive way to spin this development. That said, there are some caveats that must be understood. First, despite quotes seen in the mainstream financial press, and despite the habits of your friendly neighborhood Portfolio Manager (yes, my hand is held up here), there is no “single” price for oil. Further, there is likewise no single “type” of oil. Instead, there are contracts to take delivery of oil in specified months, and those contracts are on oil of differing quality and in differing geographies. The - $37/barrel price that garnered so much attention was specifically on an expiring May contract for a barrel of WTI oil (all other monthly contracts remained positive). Anybody who held these oil contracts on the expiry day was obligated to actually take physical delivery of the oil. This is where the problem comes in. Demand for oil has fallen so much owing to lock-in measures leading to less driving, grounded planes, shuttered factories etc. that the amount produced far, far, far exceeds the demand. When supply exceeds demand, producers must store the oil until demand recovers so that they can instead sell the oil in the future. But demand has cratered so much, and supply has remained high (because OPEC + Russia squabbled about a month ago) that there are literally few, if any, places left to store the oil. As such, the price to store the oil has been forced up to egregiously high levels such that it now exceeds the underlying value of the oil – hence the negative prices.

To my earlier point – there is no positive way to spin this. I saw some attempts to rationalize this as a “technicality” of futures expiry. If so, why has it never before happened in the history of oil trading? Futures contracts have been expiring on a monthly basis for decades. No, the story is clearly one of demand destruction (albeit, augmented by oversupply owing to the aforementioned OPEC+ spat), and that same demand destruction is a real time indicator of the economic damage occurring throughout the world economy at present. Simply put, the present economic situation is not pretty and the worst it has been since the Great Depression (yes, worse than the 2008 Financial Crisis). Here though, a major caveat must be noted: I speak to the sharpness of the current economic decline – it is nearly inconceivable to me that this society-wide economic decline will persist for anywhere near the duration of the Great Depression. However, might it persist as long as the 2008 Financial Crisis? That remains an open question. Personally, I don’t see much reason to suspect economic activity will substantially improve over the next 30 days. Improve modestly? As certain Provinces, States, and Countries attempt to start the process of reopening, possibly. But Substantially? I highly doubt it. I'd be surprised if we don't revisit the topic of negative oil prices in a month’s time.

And that unprecedented economic destruction is happening in the here and now is without doubt. Another 4.4 million Americans applied for jobless benefits this week. This on top of the 22 million who applied for benefits in the previous 4 reports. The 26 million total jobless claims over this stretch now exceed the TOTAL jobs created in the strong labour market that has persisted since the 2008 Financial Crisis. The good news is that when we start coming out the other side of the COVID19 Crisis (and again, I am unequivocally sure that we WILL), many of the jobs lost will likely come back very quickly. The not so good news is that the weekly bad news on this front may continue to persist for some while longer as there is much anecdotal evidence that many states are backlogged in processing claims.

But, with respect to portfolio management, it is important to emphasize that markets do not price in the here and now. Markets always LOOK FORWARD. The stock market recovery from the March 23rd low (markets have regained about half of their peak-to-trough losses) is reflective of the forward looking optimism. I share the optimism insofar as there will be an eventual resolution to this crisis. I also think the economic recovery, when it happens, will be very sharp (possibly nearly as sharp as the contraction) owing to the massive amounts of stimulus pumped into the system and pent-up demand of consumers. My quibble – on which I could be wrong – pertains to the timing of the return to some semblance of normalcy. I just don’t see a normal economy resuming without consumers feeling safe. So, if safety will be the ultimate arbiter of a successful return to economic normalcy, how might this come about? I see 4 possibilities:

1) Vaccine – this will be the ultimate solution. However, timelines put forth by people I respect and trust on the topic (Bill Gates amongst others) continue to suggest that a realistic timeframe remains 18 months or more. If I were to skew that estimate one direction or the other, I would personally skew toward a shorter timeframe because a huge percentage of the best scientific minds in the world are focused on the challenge. I believe in the power of scientific achievement. But anything less than 12 months – from all credible sources I’ve read – appears to be hopeful optimism rather than pragmatic objectivity. A possible further wrinkle to the vaccine challenge is that any vaccine developed may not be a “one (or two) time” solution like with measles, mumps, polio etc. That’s because the COVID19 virus is an RNA-based virus (as opposed to DNA) and apparently such viruses mutate much more readily. It is very conceivable that COVID will return on a mutated annual basis, and annual vaccine shots might be required with possibly reduced efficacy (just as is the case with the annual flu shot).

2) Treatment – a great deal of optimism, likely fueling some portion of the recent market recovery, has centered around treatment. In particular, a drug known as Remdesivir has captured investor’s attention. The drug was said to have generated very positive results in a Chicago Hospital trial earlier this month. But then, just yesterday, a report surfaced that an incomplete trial in China bore far less positive results. Until a properly conducted trial can be effected with a control group (i.e. a group of patients who receive a placebo instead of the drug in question), I’d be reluctant to place too much trust in the various preliminary reports (good or bad) that come out. And then, even if an effective treatment is found, it would still be necessary to manufacture that treatment at a scale to provide confidence to a broad segment of society. Nonetheless, I do think treatment is likely to be the bridge that gets us to the ultimate conclusion of this crisis.

3) Herd Immunity – This is an interesting one. Herd immunity implies that so many people have been infected by an illness (and are rendered subsequently immune – theoretically at least), that there are less viable candidates to whom one can spread the illness and ultimately the virus goes away in the population. I’ve seen a variety of estimates ranging from as low as 60% to as high as 90+% of the proportion of a population requiring infection before herd immunity can take hold. So why do I find this to be interesting? Well, because there have been 5 recent studies (none employing strict scientific protocols I might add) whereby certain segments of a population (Santa Clara, California and New York City being two prominent examples) are tested for COVID19 antibodies. If antibodies are present, presumably this means the subject had previously been infected (and, again, theoretically immune). These studies indicates that the infection rate is some 10 to 70X higher than the officially reported rate. In the case of New York City specifically, the estimate suggests that over 20% of the population may already have been infected with COVID19. If true, this means COVID19 is far more widespread, with far more asymptomatic sufferers, and far less deadly than official data may indicate. It may further argue that relaxed social distancing measures may allow for the disease to continue to propagate through the population far more quickly and lead to herd immunity far sooner. That would seem a hopeful outcome, but it also seems possible. On the other hand, the studies were not properly randomized, nor is the quality of test apparent (in other words, how accurate was the test? How many false positives might it produce? I saw the CEO of one drug-maker today suggest that the various available antibody tests were atrocious in their quality – or lack thereof). Anyway, I highlight this point because it’s a conceivable off-ramp to this pandemic crisis.

4) Indefinite Rolling Social Distancing Measures or Annualized COVID19 Season – This would be the worst outcome as it would possibly not allow for a FULL “return to normal”. I won’t belabor the point because I think we all know how we are living now and know it is not close to how we were living at the end of 2019. Society’s goal is to get back to full 2019 (and, ultimately, beyond) levels of social activity and economic output. I don’t think the worst case outcome would ever be as extreme as our current locked-in reality, but some intermediate phase between what we are experiencing now and what we experienced at the end of 2019 is conceivable.

So, the takeaway from above is that there are a variety of paths back to normal or near-normal. My perception is that markets are attributing a higher-than-warranted likelihood of some of the more optimistic scenarios playing out. Certainly, it is possible. I hope so in fact. But, my own read says the balance of probabilities suggests that the duration of this crisis will persist longer than the optimists hope. I continue to think that markets will reflect some semblance of this sober re-assessment as time wears on. That said, I won’t be stubborn. I added back a modicum of conservative equity exposure this week via the purchase of AT&T in client portfolio (yielding 7%), and will be more aggressive as opportunities are presented, or the macro-economic outlook improves owing to advancements in the fight against COVID19.

That’s it for this week. All the best and stay safe, 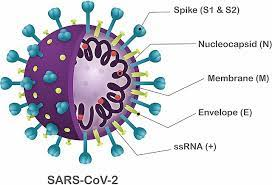 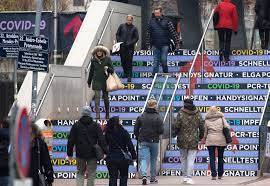 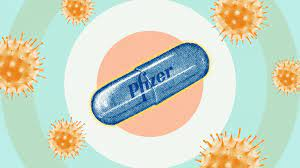