In a Week of Important Developments, Perhaps the Most Important is One You May Not Have Heard About

Yes, there were important trade developments and UK election results; but, moving forward, how the Fed targets inflation may be a game changer

An up week for the markets was predicated upon a week of particularly significant, and decidedly positive, economic developments. Most of these developments have received widespread news coverage and will be a surprise to few (with the likely exception of point #5). Therefore, to hold the interest of my audience, I will try to limit my comments on each of these more obvious events. Specifically, I will itemize each of these developments in numeric point form 1 through 5. However, there was one development that flew under the radar screen of the mainstream press but which I believe may have been THE most important event of the week. I will turn my attention to that topic at the end of this update and would encourage all clients, if nothing else, to read this portion of my weekly update. The beginning of the pertinent section will follow the “PLEASE READ” break.

1) A U.S./China Phase 1 trade deal appears close to ratification – as I wrote last week, a further set of U.S. imposed tariffs were to go in effect against China this coming Sunday, December 15th. The date acted as a sort of “D Day” for trade deal negotiations. As I also wrote, and have long maintained, I suspected a deal would get done (either now at this D Day deadline, or later if current talks collapsed) because it is in the interest of both sides to do so. However, as I type, there has yet to be a definitive announcement that a deal has been signed nor has there been clarification as to what it might contain. That said, rumour suggests that: pending tariffs will be canceled; existing tariffs will be rolled back; intellectual property rights will be strengthened and enforced in China; both countries will pledge not to manipulate their currency; and China will pledge to purchase U.S. agricultural goods toward the upper end of the $40 to $50 billion range previously suggested by President Trump. If, in fact, a deal gets signed and it aligns with these rumours, this would remove a significant overhang from the global economy, and would be a categorical positive for both the global economy and equity markets.

2) The U.S./Mexico/Canada (USMCA) Trade Deal Also Approaches Final Ratification – the USMCA, a replacement of the 90’s era NAFTA agreement, underwent some tweaks this week to satisfy certain concerns of Democrats in the U.S. Congress. All three parties – the U.S., Canada, and Mexico – have agreed in principle. Now its left to each country to officially ratify the agreement through passage in their respective legislatures. The leaders of all three countries have pledged that this will occur. At the global level, this agreement is not nearly as significant as the U.S./China trade deal. That said, it holds disproportionate weight for Canada. Smaller in market moving impact as it may be, this too is a categorical positive for equity markets and the North American economy.

3) The U.K Conservatives Win their Largest Legislative Majority Since Margaret Thatcher – by winning in long-held Labour ridings, the obvious take away from the Conservative victory is that Britons were simply tired of the Brexit process and wanted it over and done with. The Conservative campaign, led by Prime Minister Boris Johnson, pledged to do so by January 31st. With the majority won, there appears no impediment to making this happen. The clarity provided by this event is, yet again, another categorical positive for the global economy and markets.

4) The Federal Reserve Held Rates Steady and Indicated Rates were Unlikely to Change Until 2021 at the Earliest – this forecast was made verbally by Chairman Jerome Powell in his press conference, as well as in codified form via the “dot plot” expectations of individual board members. The “dot plot” indicates where each individual board members expects rates to be at various points in the future, and it indicates the collective expectation that rates will remain steady throughout 2020. Again, a categorically positive development for U.S. economic growth and the equity markets.

5) Weekly Jobless Claims Rise Materially – while the preceding four events have received significant news coverage and are widely known, even by those not involved in the investment industry, this last development likely requires a bit of a financial pedigree for it to have hit ones radar screen. To be sure, it hit mine. Recall that RBC tracks 6 primary economic indicators in our “recession scorecard”, and the trend in weekly jobless claims is perhaps the second most important on that list. For this particular indicator, a lower number is better as it indicates that less people are seeking employment benefits as a result of being laid-off or fired. As background, it is important to note that even in an economy running to near perfection, there will always be layoffs in a given week as a competitive market place means that companies are always failing (while others are being formed or expanding market share) or companies adjust for the seasonal demands of their own particular industry. In contrast, the monthly employment gains (reported the first Friday of every new month) nets out these layoffs against the total number of new hires to give an indication of whether more jobs have been added than lost (and, for nearly a decade straight – since August of 2010 to be precise – the U.S. economy has added more jobs than it has lost on a monthly basis). All this is to say that a declining trend in jobless claims is desirable, whereas an increasing trend indicates that recessionary trends might be building. This week’s claims number, at 252,000 for the week, egregiously missed forecasts for 213,000 claims to be filed, and also represented a decisive spike in the data series. However, a one week result does not make a trend and, further, this week’s reading might be a statistical anomaly brought about by a later than usual U.S. Thanksgiving holiday. So, at this juncture, it is likely best not to pay this reading too much heed – particularly in the face of the preceding four, very positive, developments. That said, should similar readings be reported in the weeks ahead, then I and RBC may have to re-evaluate our stance in this regard.

The first four of the preceding five economic developments were widely reported in the mainstream press and it is therefore likely that most readers knew of some, or all, of these events. The fifth item from the above list is a data set rarely reported by mainstream media and unlikely to have come to the attention of most. However, regular readers of my weekly updates will know that it is a data set that I and RBC pay particular attention to. However, there was one further occurrence this week which I believe may have been the most material development impacting the future health of the U.S. and Global economy. Specifically, after the Federal Reserve rate decision on Wednesday, Jerome Powell publicly mused in his press conference that the Fed may have to re-evaluate how it gauges the interplay of employment upon inflation, and what impact this relationship should have upon interest rate policy.

In fact, I indirectly referenced this topic just last week when I added a link to a New York Times article in the “Our Curated Library” section of my website. I offer the link to this article again here. It’s a good article and I’d encourage those interested to have a read.

Returning to Mr. Powell’s comments, these add to a growing rumour (i.e. see the New York Times article just referenced) that the Fed is considering a change to how it targets inflation, where it would allow inflation to exceed its 2.0% target to make up for time spent under the 2% mark. It is very important to note here that the U.S. economy has spent many years below this 2.0% threshold, so the implication is that it may be allowed to exceed this 2.0% threshold for many years also. I wouldn’t expect any readers to be aware of the following, but it is a fact that the Fed often refers to its 2% inflation target as a “symmetric target”. What this is intended to mean is that the Fed wants inflation to average 2%, which necessarily implies that time spent below 2% should be averaged with time spent above 2%. But, in practice, the Fed – to date – has done no such thing, because when inflation begins to approach 2.0% it begins tapping the proverbial brakes by raising interest rates. In other words, the practice has been to treat 2.0% inflation as an upper bound as opposed to a symmetrical target. Graphically, this distinction can be represented as follows: 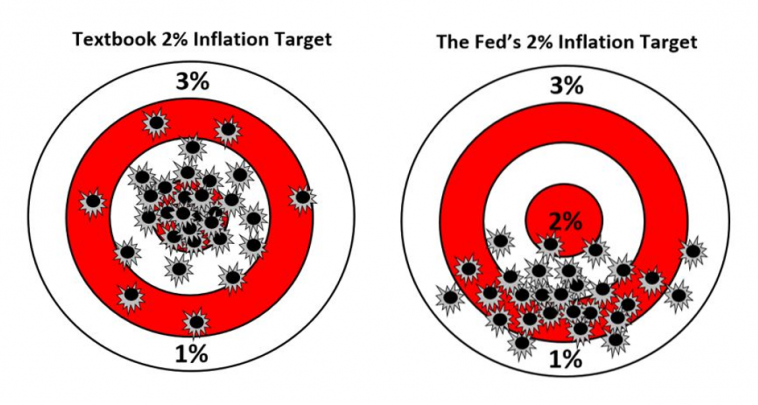 The bullet holes on these charts represent actual inflation measured at any point in time. The target is 2.0% in the middle bulls-eye. The way the Fed is theoretically supposed to operate is represented on the left where actual reported inflation is roughly evenly distributed both above and below the 2.0% target. The way it operates in practice is represented on the right, where all reported inflationary readings are coming in below the 2.0% target and, further, whenever inflation approaches the 2% target, the Fed raises interest rates to push inflation back down again. The concern is that such an approach is limiting inflation and possibly contributing to the “Japanification” of the U.S. (Japan has suffered through multiple decades of stagnant growth and persistently low inflation and/or outright deflation… while high inflation is bad, most believe deflation to be even worse).

If the Fed actually changes the approach to how it targets inflation, the change is likely to occur next year when the Fed concludes the overarching review it is presently conducting of its policy tools. Should inflation be allowed to run “hot” for stretches of time (possibly measured in years), this has profound implications for the economic growth rate of the U.S. (all else equal, it would push the economic growth rate higher) as well as the potential equity market response to it (also higher, all else equal).

The fact that: a) Powell openly mused about the concept in his press conference; b) the Fed’s dot plot shows an expectation for no rate increases at least through 2021; and c) an actual Fed review of policy tools is presently occurring; indicates to me that the possibility of a revised inflation targeting approach by the Fed is a very real possibility. A side takeaway from this is that the prospect of continued ultra-low interest rates for a very long time are also a real possibility. 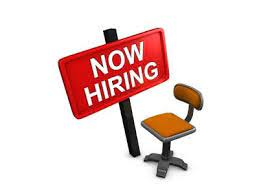 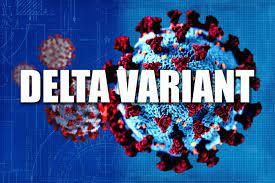