The U.S. Yield Curve Flashes Inversion for a Second Time

But it has yet to make a decisive and sustained move into negative territory - nonetheless, it again has my attention. Meanwhile, the employment landscape remains strong.

I will be at the RBC Dominion Securities Regional Conference next Wednesday through Friday. There are several sessions that I am keen to attend. Of course I will have remote access, but unless there is a significantly material development, I don’t intend to write a weekly update next Friday.

Despite a materially worsened outlook for U.S./China trade negotiations, and heightened daily volatility, the overall weekly returns for the exchanges were reasonably benign (certainly within the normal range). I could make the case that the sharp deterioration in tone by both the U.S. and China remains nothing more than a late stage negotiating tactic, and I continue to lean toward that interpretation of events, but I must admit that my conviction is significantly less than before. The next likely opportunity to move the discussions forward will come at the end of June at the G20 Summit in Japan. Presidents Trump and Xi are expected to meet at the event. Recall that the last time they met in Argentina several months ago, the trade negotiations took the first significant turn for the better with a 90-day moratorium set on new tariffs. Perhaps a similar outcome might result in June?

Moving on, the U.S. yield curve again “flashed” inversion on Wednesday, before closing absolutely flat yesterday (3 month and 10-year U.S. Treasury yields were both 2.40%). The yield curve continues to garner attention, including mine, but it has yet to make a decisive and sustained move into inversion territory. In fact, there is a growing belief that the next move by the U.S. Federal Reserve might be a rate cut in July, ostensibly to offset trade concerns, but also to provide an underpinning for an economy where inflation continues to be low. Were a rate cut to be forthcoming, the yield curve would likely make a decisive move toward a more normal “positive slope”.

Interestingly, the other notable economic indicators this week were both unambiguously good. There was a renewed turn down in weekly jobless claims (after a couple of weeks of modestly higher readings). Jobless claims continue to be one of the main indicators we are watching to confirm the hesitant reading given off by the yield curve. So far, jobless claims (and employment in general) have decisively NOT confirmed the yield curve signal. The employment landscape is strong. Period. In addition, two significant regional manufacturing surveys (New York and Philadelphia) both came in significantly better than expected, and this bodes well for next month’s ISM Manufacturing Index release – one of the Big Three monthly economic indicators I track. 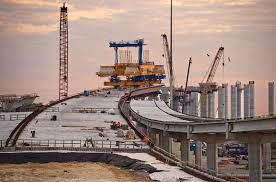 Recession is nowhere in sight. Economic indicators of all stripes show this to be the case. A $1.2 trillion infrastructure plan passed with bi-partisan support by the U.S. Senate, and seemingly destined to become law, will further fuel the expansion.