Leverage is not easy to measure anymore.

What were our leaders thinking?

How was it going to be a great idea to leave interest rates at near zero long past the moment of crisis?

What would the collateral damage look like years in the future?

These are all questions I have asked myself at different times since the Great Financial Crisis in 2008. Wait, what? Has it really been nearly 12 years of nearly zero percent interest rates? 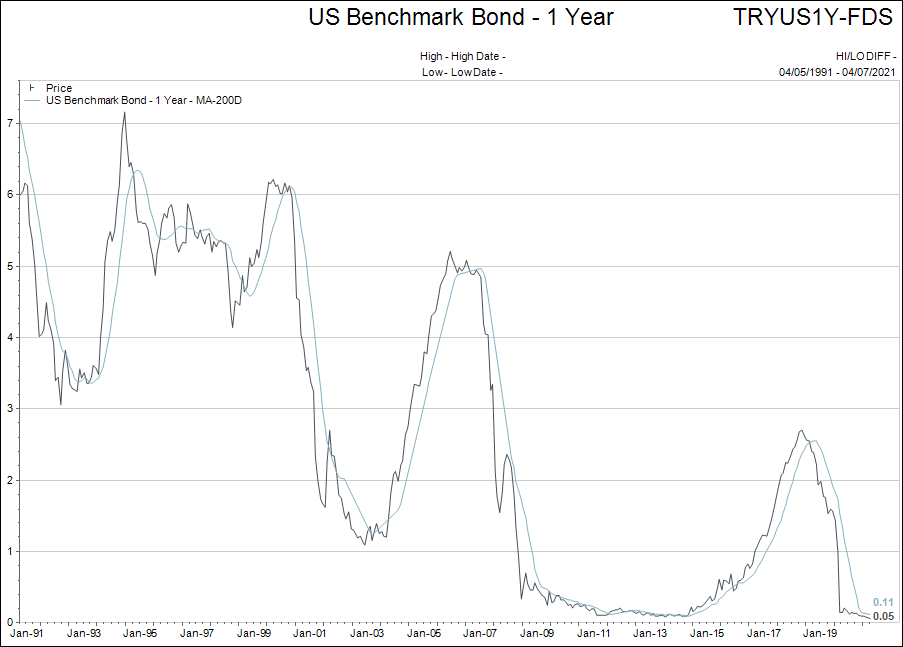 Then Federal Reserve Chair—present Treasury Secretary—Janet Yellen, slowly inched the Federal Funds Rate up 0.25% at a time, approximately every 90 days. Jay Powell, the present Federal Reserve Chair, was also committed to the process, but by the fourth quarter of 2018, interest rates that had risen from zero to 2%, were too much for economy to handle. During that quarter, virtually every asset class lost money as the carrying costs of mere 2% weighed on the markets, therefore the concept of raising interest rates was abandoned…maybe forever.

So what is the logical byproduct of artificially suppressed interest rates?

These comments have looked at the amounts of government debts, corporate debts and personal debts many times in the past.

This letter is about investor leverage.

Generally, this is visible in the total amount of “margin debt” or the amount of money borrowed by investors against the value of their portfolios. The graphic below shows total margin debt is at all-time highs. 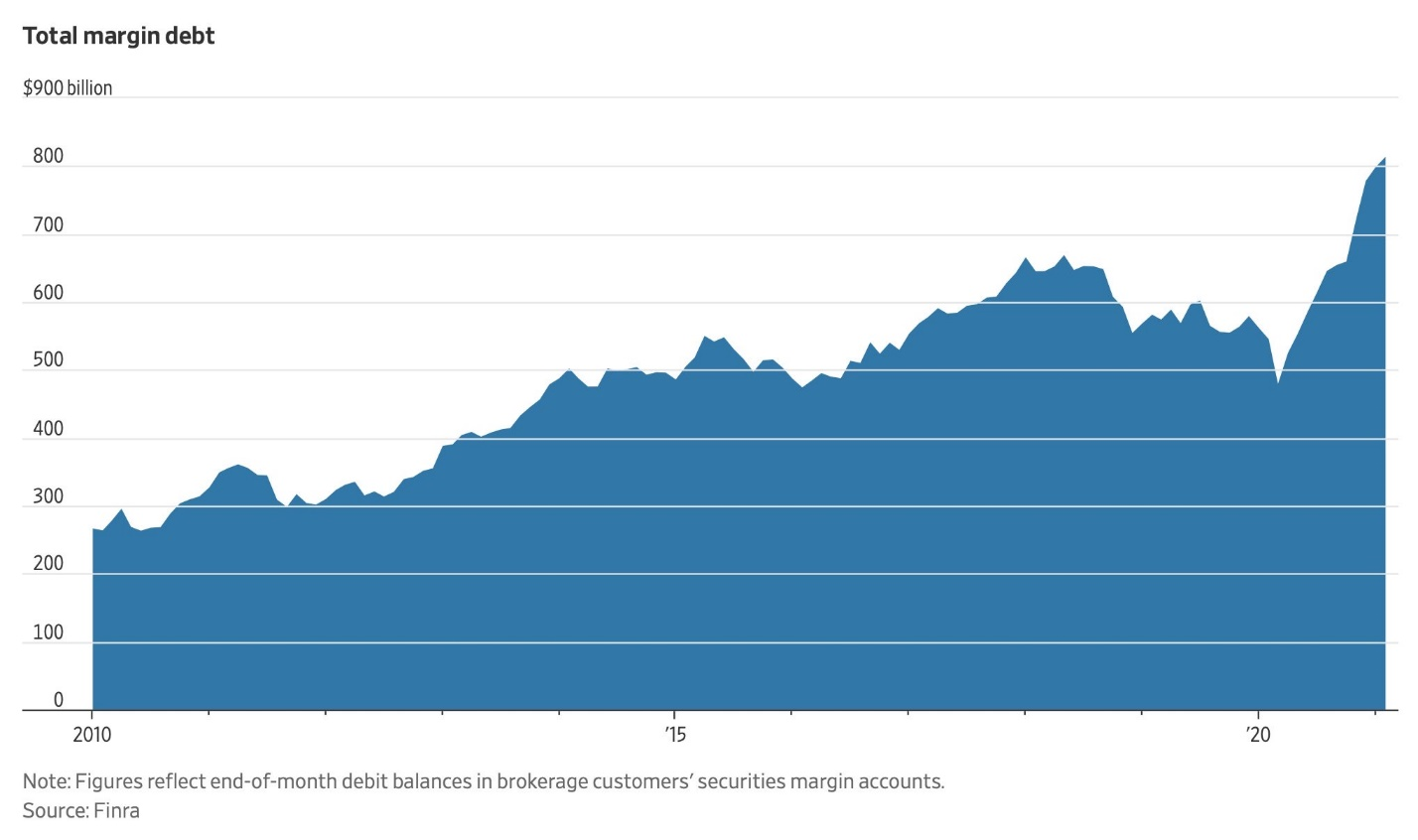 But this only tells part of the tale in today’s climate of investing.

Leverage is not easy to measure anymore. “Shadow banks” and “derivative investment contracts” create huge new layers of leverage that are not measured by traditional metrics.

To learn more, we need to look into a specific story that is quite intriguing to say the least.

The story is the rise and fall of Billy Hwang and Archegos Capital Management. (First off, arch-egos…really that is the name you chose? It is Greek for one who leads the way, but arch-egos is more literal in our tale.)

In this story we see that Archegos employed a lot…no, I should say an obscene amount of leverage in a very concentrated list of holdings. The hyperlink above will give you a rundown of the details of what happened in the case of Archegos. What I want to zoom in on and, what isn’t clearly explained in the article, is how Archegos was able to employ such leverage.

Before we begin, you need to understand a couple of definitions.

The Archegos fund that blew up was a long/short hedge fund. This is where the first level of leverage came from. By shorting an approximately equal amount of stock that it was long, Archegos received the cash from the short in its portfolio and that money could be invested. By definition a long/short hedge fund is 200% exposed per dollar in invested money.

Next, Archegos went to their Prime Brokers (or their investment banks) and borrowed more money.

Here they explained their rigorous risk controls (cough, cough), and how their long/shorts trades balanced each other off so, even though they were 200% levered, the risk of loss was actually quite small. Archegos actually used five Prime Brokers to access money from.

Then they took the borrowed funds and entered into equity swap contracts on individual stocks often with their Prime Brokers.

Equity swap contracts can be levered up again as collateral when the trade goes in your favour. In our example, as VIAC went from $55.00 towards $100, Archegos could pyramid the exposure from mark to market portfolio increases.

And honestly, that is just the part I understand. I’m sure it gets more complicated than that.

So let’s add this up.

This is how accidents can happen. Billy Hwang had $10 billion in assets levered up five to eight times. That can really cause some dislocations in the markets.

Why am I writing about this today?

Mostly because I thought you would find it interesting. Please don’t take this as a sign that I am totally against leverage.

The world needs access to borrowed capital to work in an efficient manner, but the world needs to have a reasonable governor on the amount of debt that is able to be taken on.

The best governor to debt is a positive interest rate.

Now here are some more questions I would like you to think about:

If you have answers to these questions you would like to share with me, I’d love to hear from you.

I will share my answer to the fourth question. Is there anybody that has a vested interest in seeing lower levels of leverage in the financial system?

Our younger generations need asset prices to moderate and allow wages to catch up to the cost of living. At this point, they are forced to leverage themselves to just survive in many cases.

Both of these groups face unsustainable futures under the present conditions.

In conclusion, I’ll end with a quote.

Herbert Stein, Chair of the Council of Economic Advisors in the Nixon era said, if something cannot go on forever, it will stop.

For generations we have believed that rising debt levels were unsustainable and could not go on forever. Once the debt in the financial system grew to a point where it could never be paid off the narrative changed to debt doesn’t matter anymore. 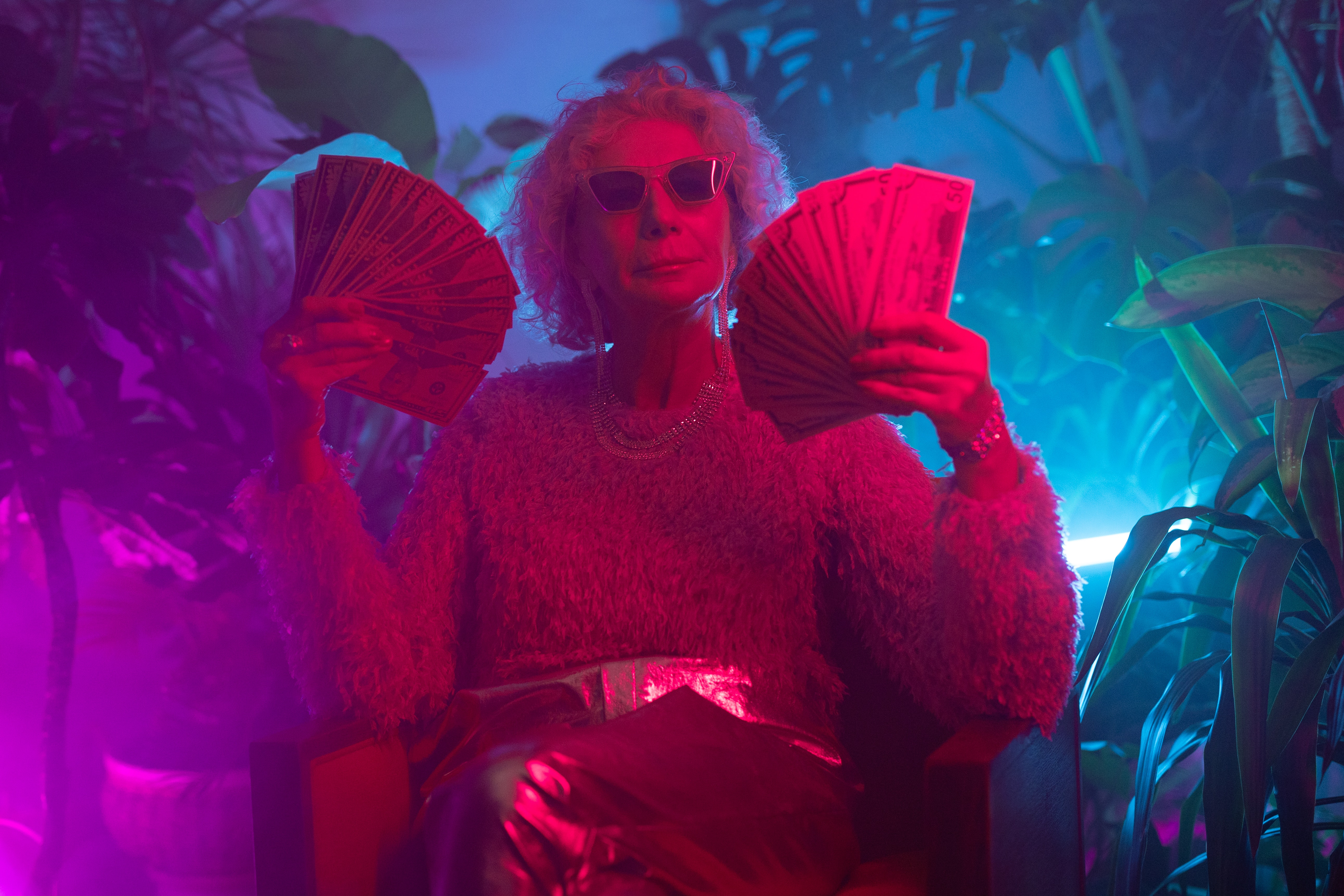 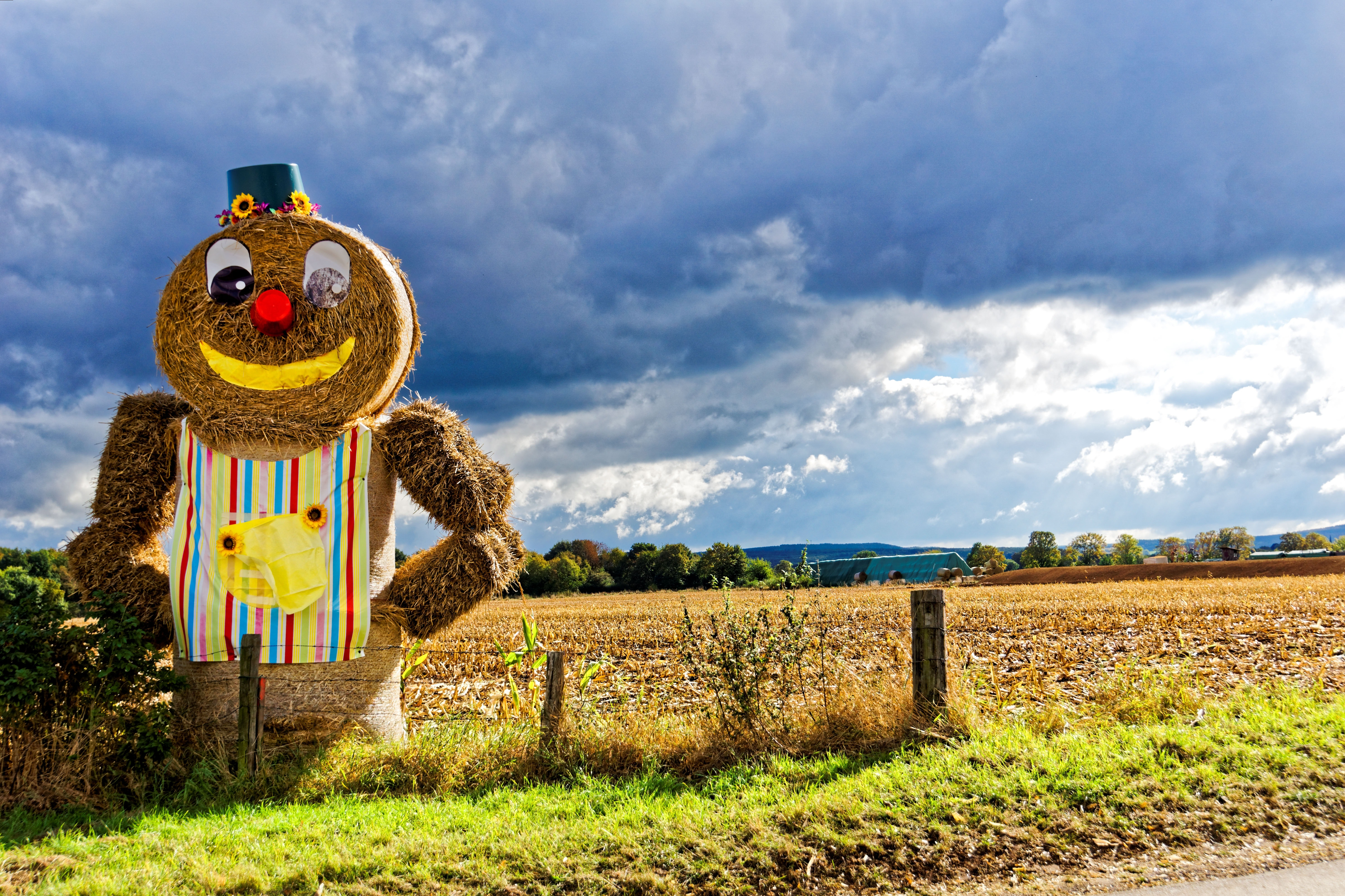