Now It Gets Interesting!

Last Friday ended with the S&P 500 down for the fourth week in a row. This had not happened since 2018; it never even happened in March, when stocks staged the steepest sell off in history.

There are tons of opinions out there in financial punditry to explain why it happened. They are all partially true.

My go-to explanation, focuses on the best correlation I have seen in the past 20 years with the direction of asset prices: Fed Money Printing. 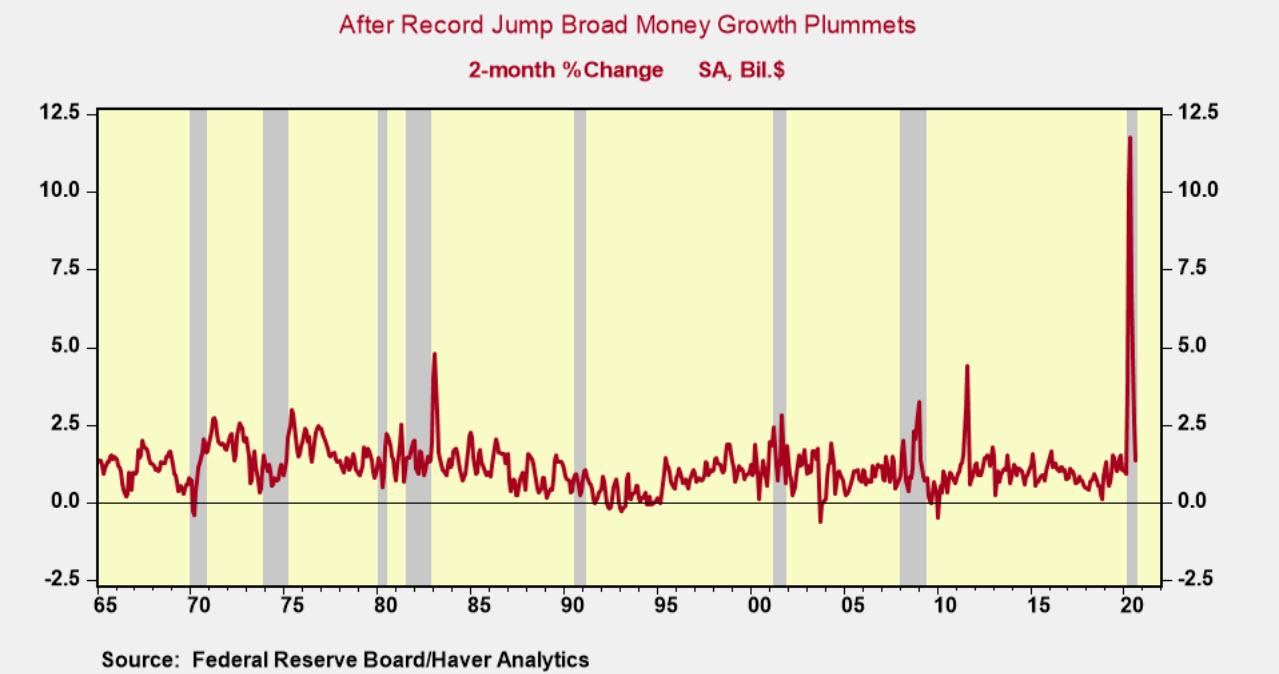 The chart above clearly shows the US Federal Reserve has taken its foot off the monetary gas pedal.

With this visual image in mind, let’s jump right into looking at stock and gold prices.

Its Pavlovian nature anticipates more Fed induced liquidity, while its blood-sucking leech tendencies show up when the host does not provide enough “monetary blood” to keep it healthy and happy. 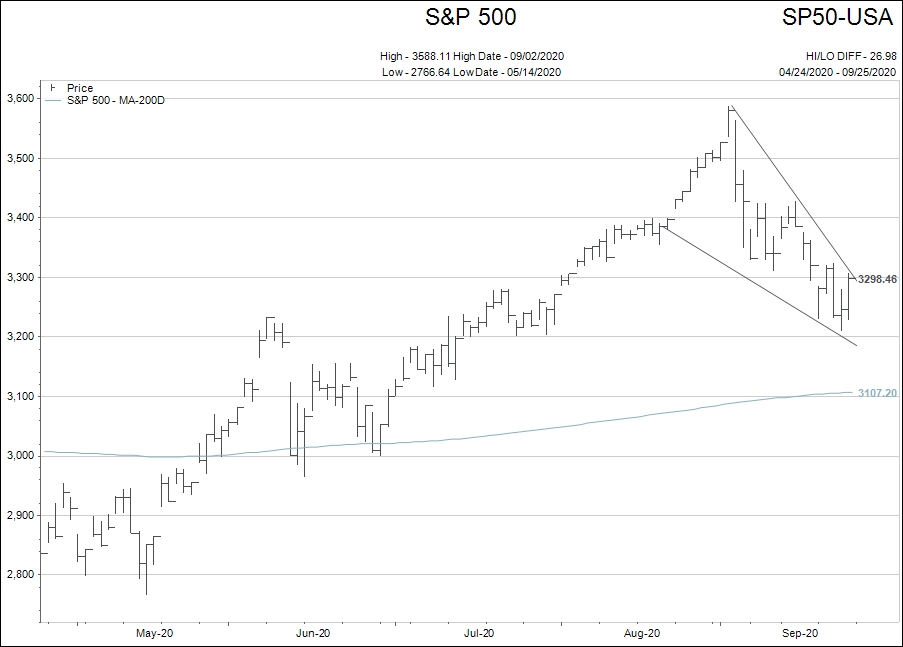 The choppy correction that began in September has been quite orderly so far. BULLISH investors are hoping that it has run its course and taken the froth out of the summer rally that got ahead of itself.

There is a good chance this will prove to be the case.

If I were only looking at the stock market itself, I would be willing to make a lop-sided bet that this is the case.

The more serious problem I see that might make this correction more than just a BULL market letting a little corrective steam out, is in the high yield bond markets (Junk bonds).

The trend for high yield bond interest rates over treasury rates has been higher all month (see below).

Clearly, nowhere near the extremes of March of this year, but a change in direction for sure. There has also been a large decline in price and liquidity in the “collateralized loan obligations” (CLOs) during this same time period. 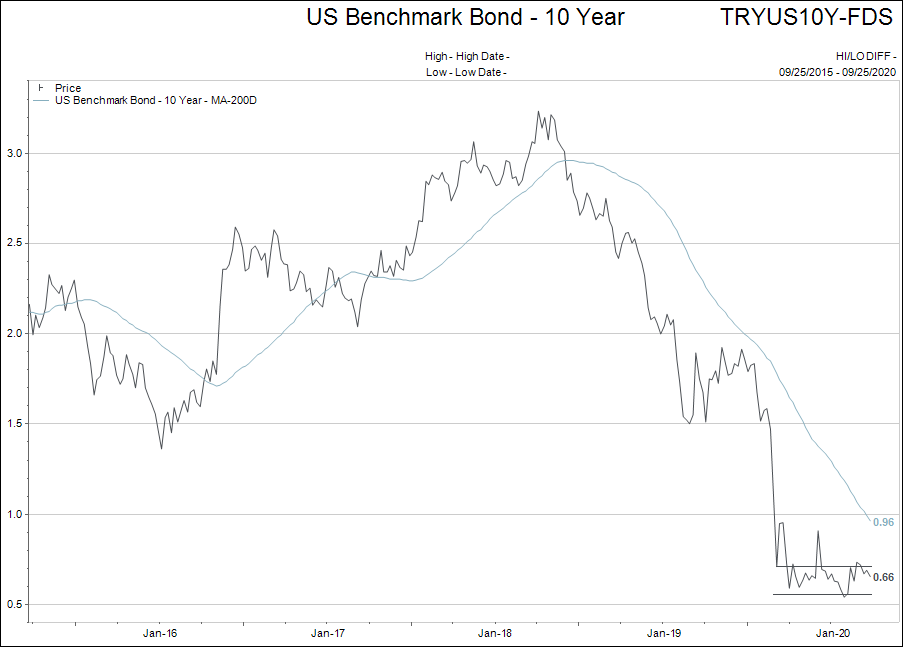 My goal is to maintain a BULLISH bias to portfolios while being acutely aware of the possibility of a “trap door” type decline, if the Feds do not act to force enough liquidity into the financial system to satisfy the parasitic leech.

In a broader scale, looking at the last five years, we can see what I mean. 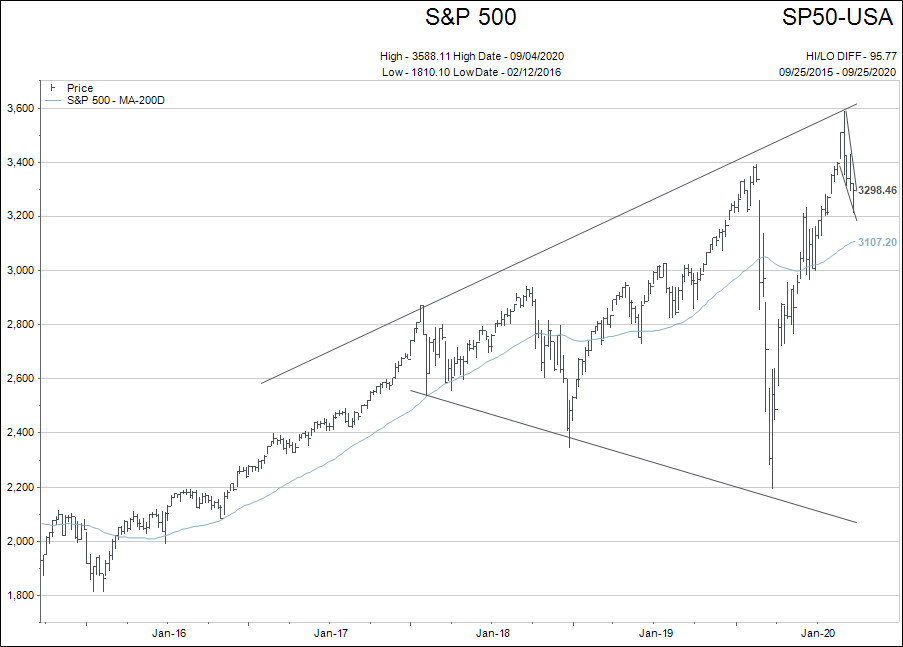 The chart pattern depicted above is called a “broadening megaphone.” It is known as a “chaotic” chart pattern where an external force has been introduced into a once balanced system and disrupted a natural rhythm.

Broadening megaphones tend to oscillate between the two extremes of the trend lines shown. That would give me a BEARISH target of 1,800 on the S&P 500 sometime before the end of 2022.

To be clear, as long as the S&P 500 stays above its 200 day moving average—shown in the light blue line at 3,107 on this chart—the broadening megaphone pattern is void.

I just want to be transparent about how serious a potential decline could be if the Fed cannot find a way to keep the “Fed is in control” narrative together.

Speaking of narrative, I read a transcript from a speech by Federal Reserve Board Member, Charles Evans, on the weekend. The theme was centered on how the Federal Reserve’s actions did not impact financial markets or wealth inequality.

Honestly, that comment encompasses a level of shallowness and deceit that you just can’t fake.

When I hear these representatives blatantly lie from a podium and nobody, and I mean nobody, calls them on it I get very worried about our future.

So, to sum up the stock market portion of this comment, the chart below denotes my BULL and BEAR target zones. 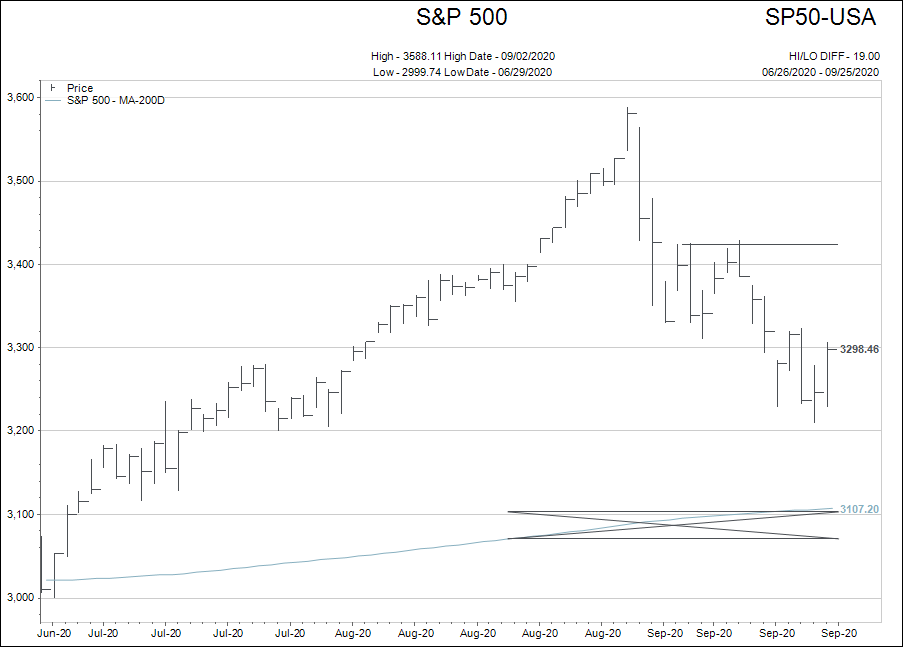 A move above 3,420 is an “all clear” and choppy decline below 3,100 would open up the potential to test the bottom of the “broadening megaphone” pattern.

Stay disciplined and let the market action do the talking, not a bunch of talking heads.

The gold chart is actually quite similar to the chart of the S&P 500. Unfortunately, that is bad news for gold investors.

The hope of every gold investor is that precious metals will provide counter trend exposure to the stock market in a steep decline. So far, that has not been the case. 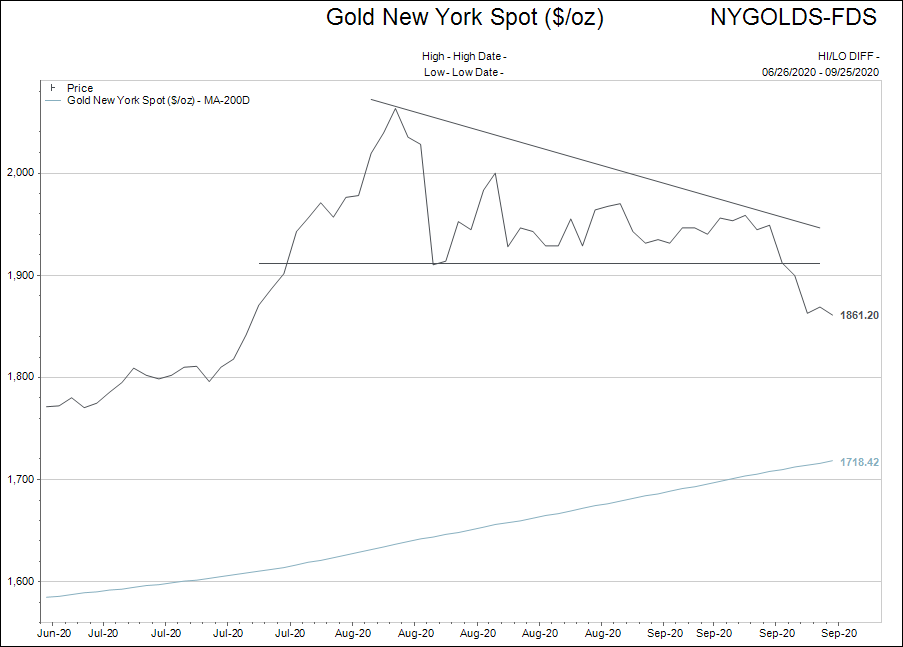 A recovery to $1,950 USD is required to get to “neutral” again. Below $1,900, gold investors need to be VERY careful with their positions.

I will have more to say later in the week, but in the meantime, please reach out with your feedback, questions and comments. 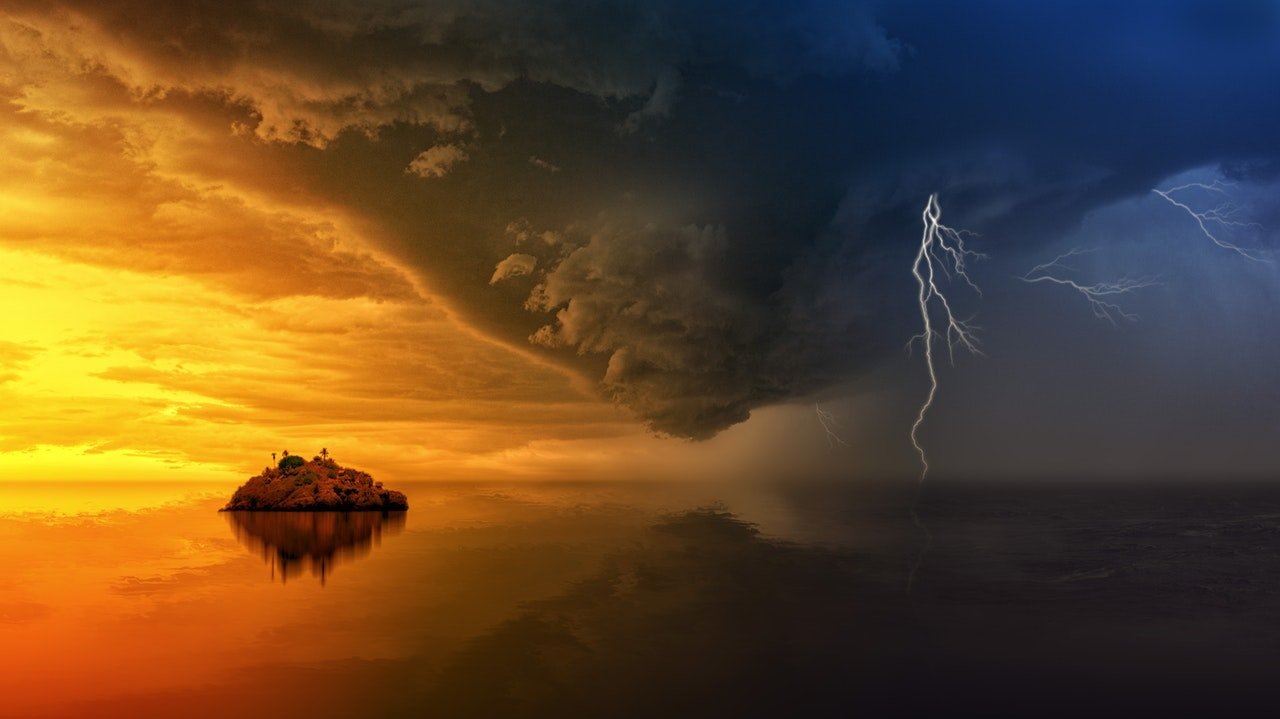 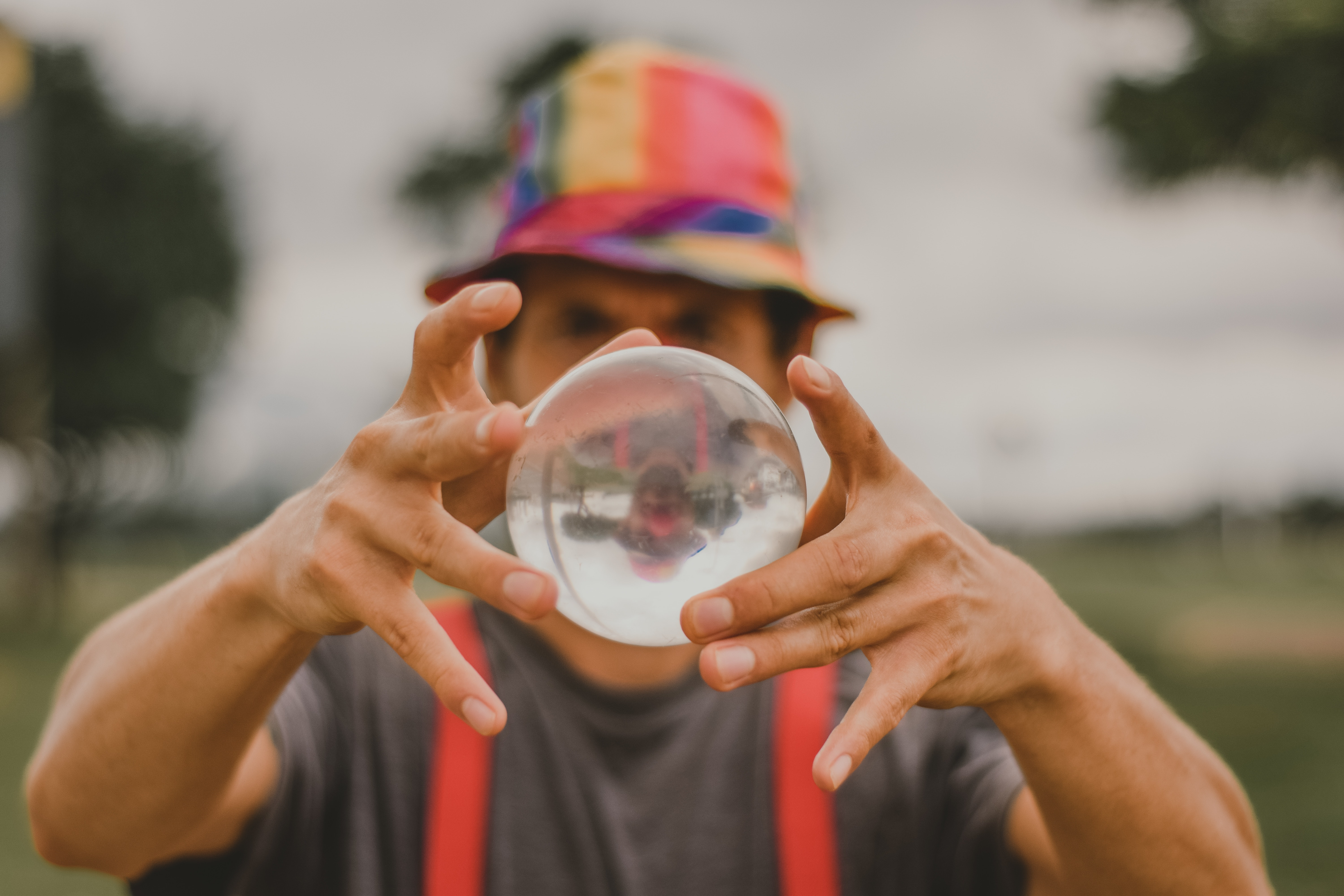