Be aware of what you choose to click on and put before your eyes. Remember, none of it is “free.”

Early September marks the publication of my Triannual Review that takes a fair bit more time to write than a normal weekly comment.

This week will be short and a little off topic.

Ben Hunt, of Epsilon Theory, wrote an interesting editorial about Facebook and makes the point that it is NOT a content-delivery company, it is an advertising-delivery company. If you use Facebook, Instagram, Twitter etc. it is important to realize that YOU ARE THE PRODUCT.

What caught my attention in the editorial was the following paragraphs referencing our ability to avoid being swept up in the personal monitoring done by social media giants:

It’s like saying that you’re going to opt out of Covid-19. Sure, you can move off the grid into the Alaskan wilderness and not get sick. Knock yourself out. But that’s not a meaningful definition of opting out. Barring that sort of absurd action, however, your exposure to the virus, whether it’s the virus of SARS-CoV-2 or the virus of Facebook/WhatsApp/Instagram, isn’t so much dependent on your actions as it is on everyone else’s actions.”

Many readers here know of my respect for Mr. Hunt, but the first take, when I read his words were: ‘I think you are wrong on that one Ben.’

It’s not the first time I’ve felt that way about stuff he has written, but over time, I’ve often reconsidered many views, deciding he might have been right all along.

Not only did I decide Ben was right, it’s changed my thinking about a wide array of things in our world.

The application of the principle of being dependent upon everyone else’s actions, goes way beyond the few areas Ben points out. The ability to separate one’s self from the collective is growing more difficult each year. We are told that this is “business as usual.”

Homogenous social expectations coupled with outliers being viewed as “politically incorrect” or worse. Business expectations totally focused on capital creation and monetary exceptionalism. No long term sacrifice is too hard to discard for short term success.

Technological tracing and monitoring is completely acceptable. As with Facebook, we just “bait and switch” the users attention. Sure you are getting free content, or a free app, or whatever else…for free but we never ask what the real cost of free actually is.

The rare time we think about it, we just roll over and do the “free” thing anyway. These businesses are based on us rolling over and accepting their “free” thing.

Ben’s editorial stirred these thoughts in me because they have been on my mind for a while. And now, heading into the US election, this all gets multiplied by a factor of two or three.

Be aware of what you choose to click on and put before your eyes. Remember, none of it is “free.” We may not be able to choose whether we participate or not, but we can choose to what extent we participate.

No shortage of extreme charts to share this week if I wanted to draw this letter out, which is not my goal.

Here are a few standouts…

The big five (Apple, Microsoft, Amazon, Google, and Facebook) are carrying the load for the gains. 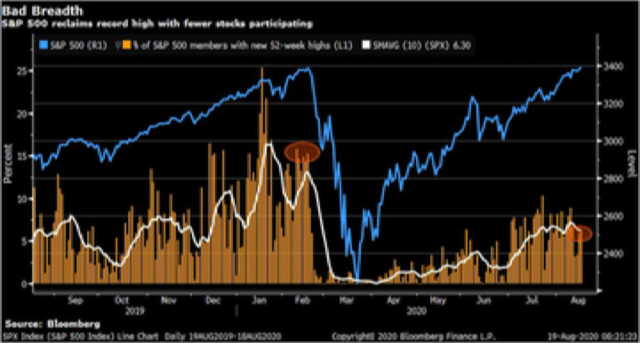 The next chart is a little “geeky,” but it shows “gamma exposure.” Gamma exposure is a fancy way of saying unhedged risk is at an all-time high. No fear on the part of investors. 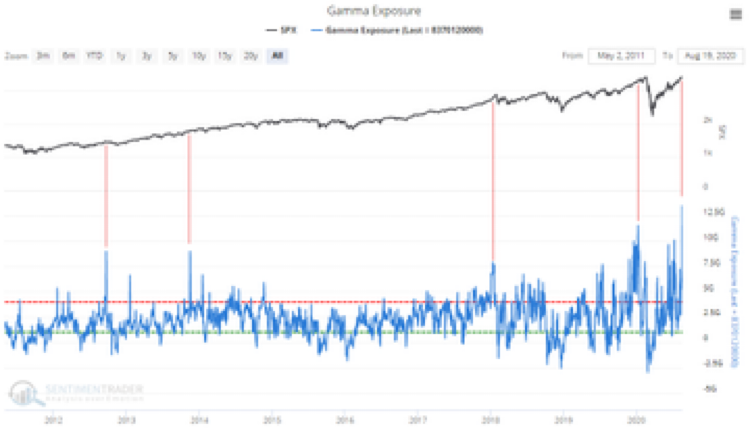 The next chart shows how much of the rise in stocks is being created by the large technology names.

The large tech stocks are the largest companies on the planet, so they have more impact on the market capitalization based indexes we observe every day.

The weaker trend line is the “equal weighted” stock market index which contains the same 500 S&P stocks, but every company’s price movement impacts the index by the same amount. 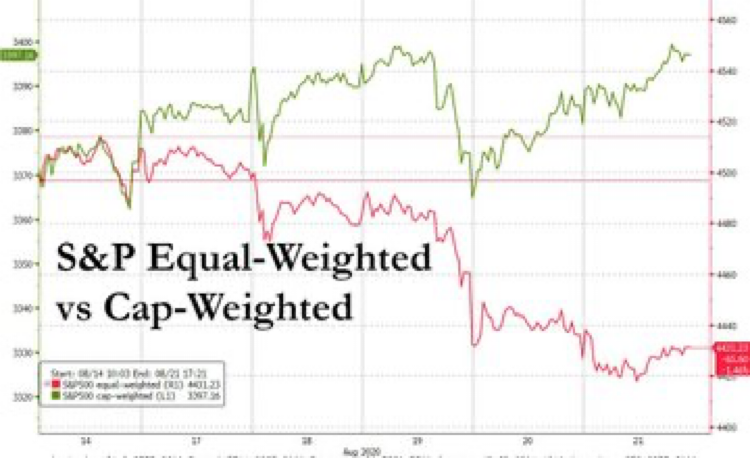 You can see a drastic difference the past few weeks have seen.

The next chart is a stunner. It shows how many trading days the past 30% corrections in the S&P500 took to make an all-time high again. 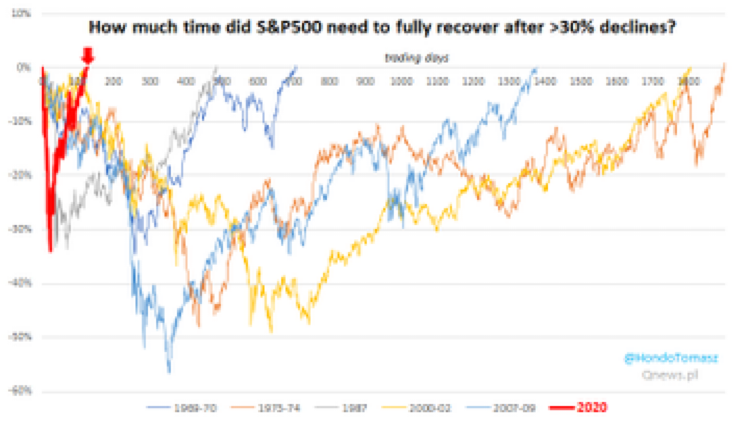 That, my friends, is a Fed-powered recovery!

The next two charts show a couple of tech all-stars that have helped the red recovery line above move so quickly.

Company number one is Apple. 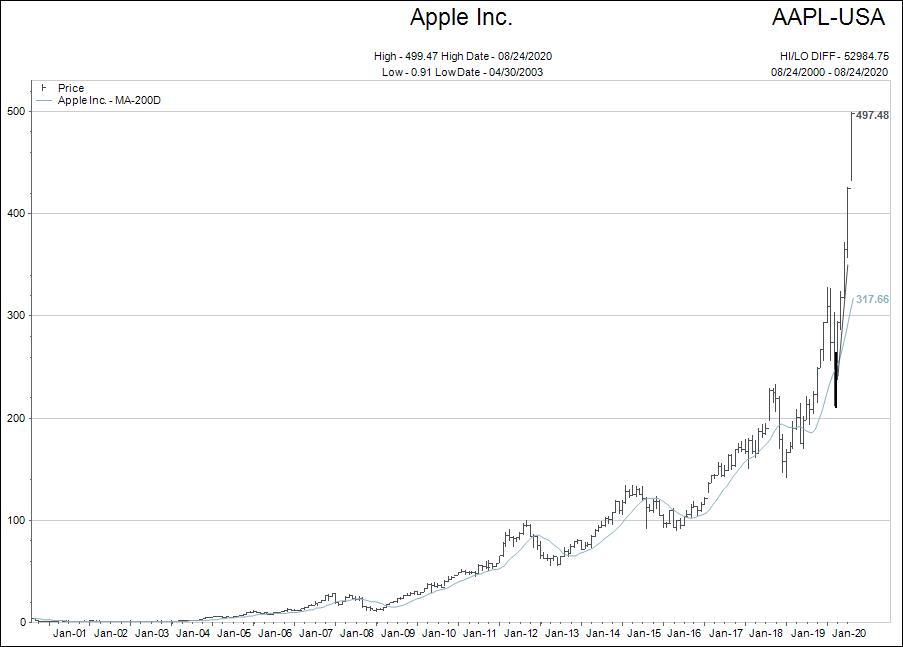 That straight up jump is $1 trillion of valuation gained in just eight months.

The second company is Overstock. It is a “poor cousin” to Amazon in the online retailing business that has a cryptocurrency business as well. 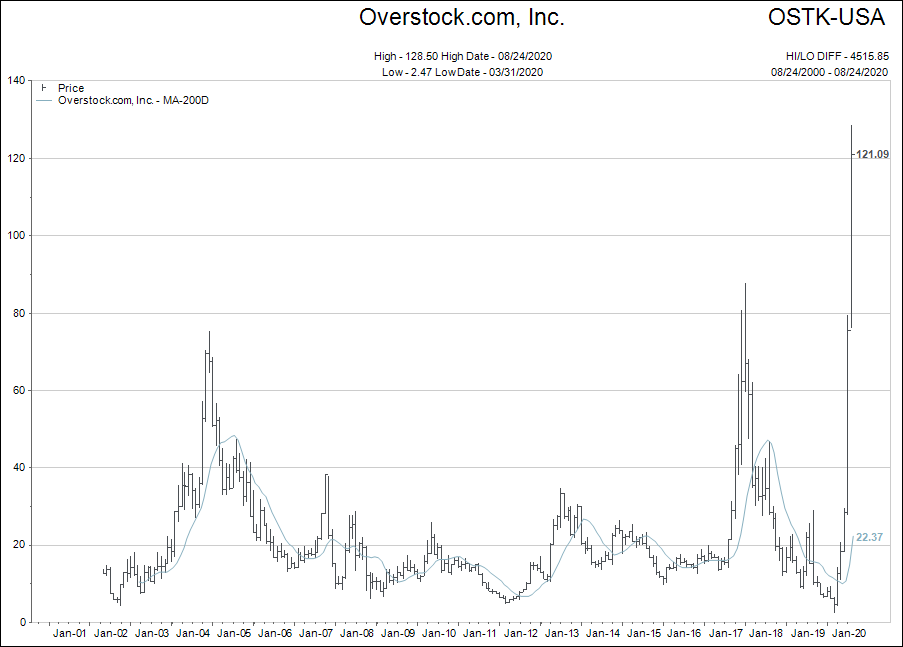 As stated earlier, I will end this weekly early to write my Triannual Review, but please email me any time with any questions, comments or concerns.

There are some beautiful weather days coming down the pike. Enjoy the rest of summer! 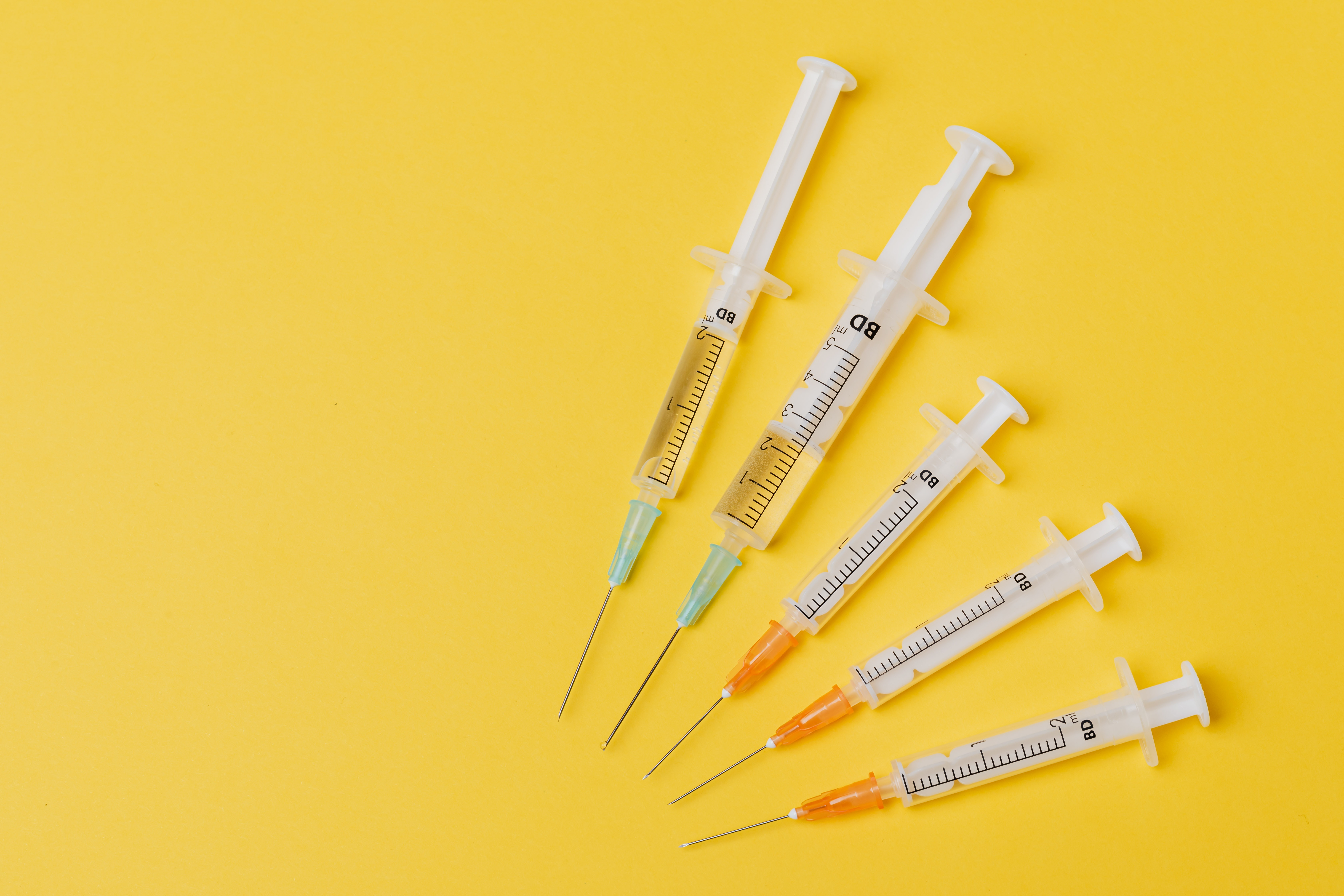 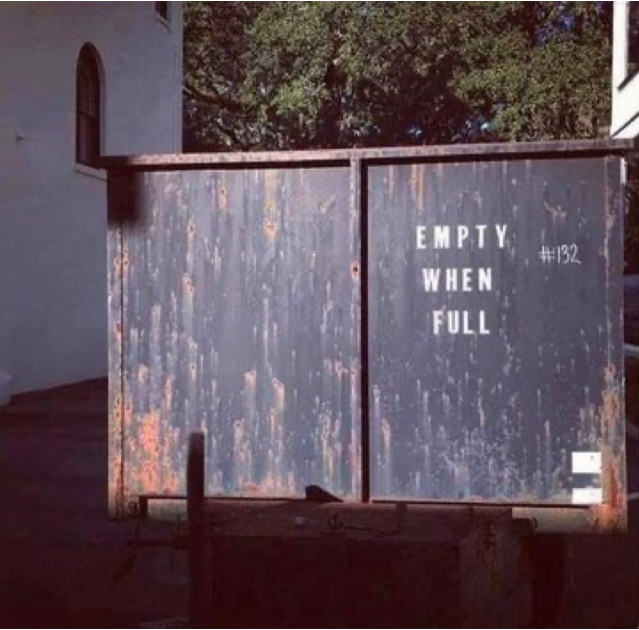 Not putting much faith in anything coming out of Washington at this moment. 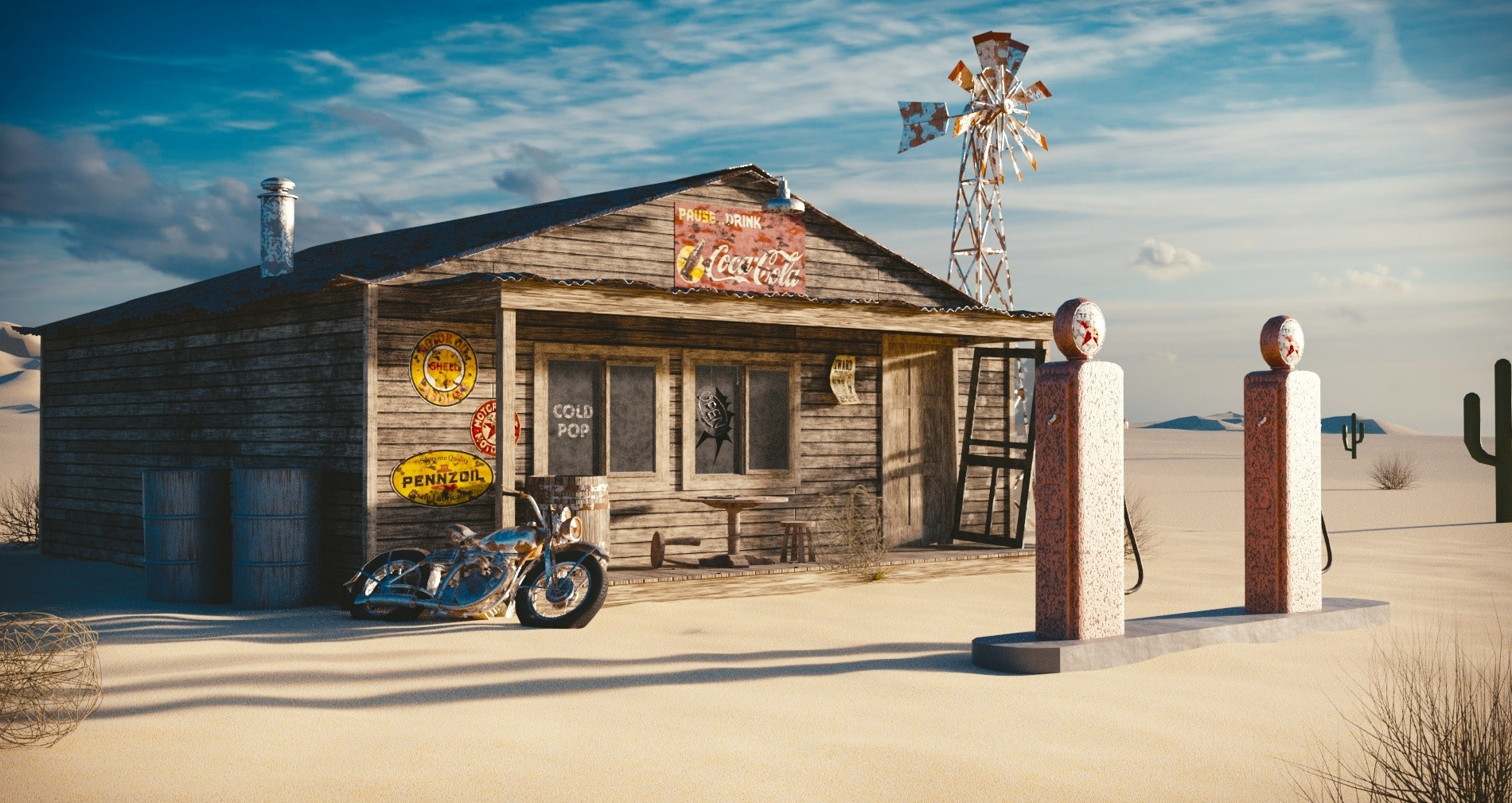