Even though the weather doesn’t feel like it, the calendar says it is mid-July. Over the coming summer weeks, I will keep the comments brief and on a single topic unless markets dictate a stronger response. 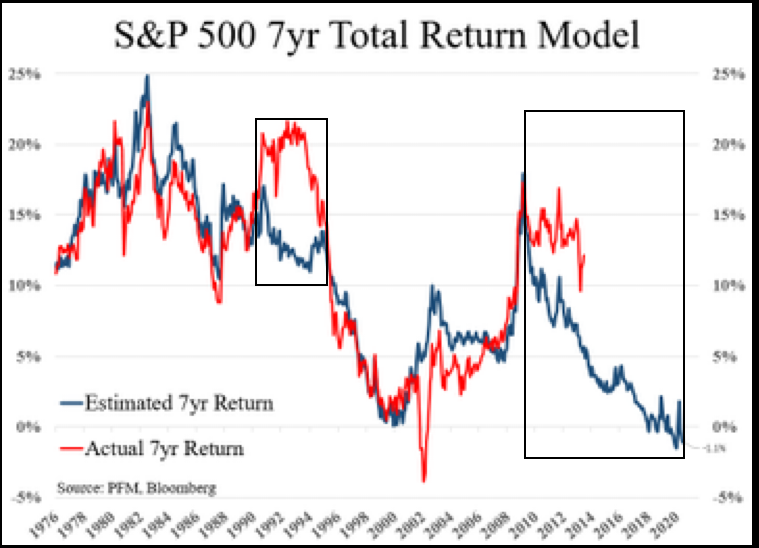 The two lines tend to follow each other closely except for the two boxed areas on the chart. In the box, the red line diverges from the blue line…until it is reconnected by a decline is stock prices.

In 2001, the lines disconnected in the opposite direction for a while; that would be a historically good time to add to stock investments.

Actually, the chart is a “chart crime” in many ways. The next graphic shows how the crime is created. 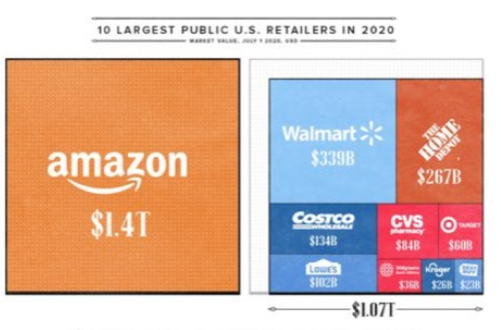 I could use a graphic of Tesla (TSLA) and show how it is now larger than Toyota Motors, which is/was the largest car company in the world.

These technology companies have moved far beyond valuations applied to other companies in the same businesses that they compete with. Time will tell if the valuations are justified.

If I take out the large cap technology companies in the US the lines are much more closely matched. The following chart is a decent illustration of what I am talking about. 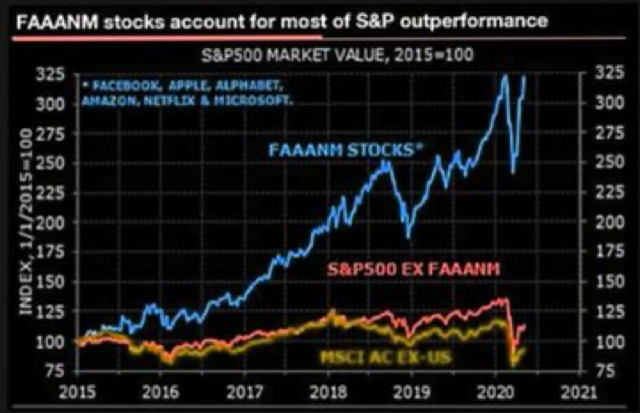 The exact numbers behind the chart above as of July 3. The top 10 NASDAQ companies have accounted for 90% of the overall 16% gains. The top five companies have generated 73% of the gains.

Again, whether the large cap technology stocks represent the hugest financial bubble in history or really do justify their present valuations remains to be seen?

The reason I point this out is because, outside of the US where these large technology companies reside in the indexes, performance numbers in most of the world have been well aligned with present 7 yr. expectations.

So the final question I pose this week: Are the other 99.5% of companies in a position to provide stronger returns in the future than they have for the past five years?

My belief is there is a better chance than not, for “other” companies to do better in coming years.

The low interest rates are not going away and they do help normal companies, as well as big tech.

Also, as governments pour more money into consumer’s hands to compensate for the jobs being destroyed, normal companies should do reasonably well. 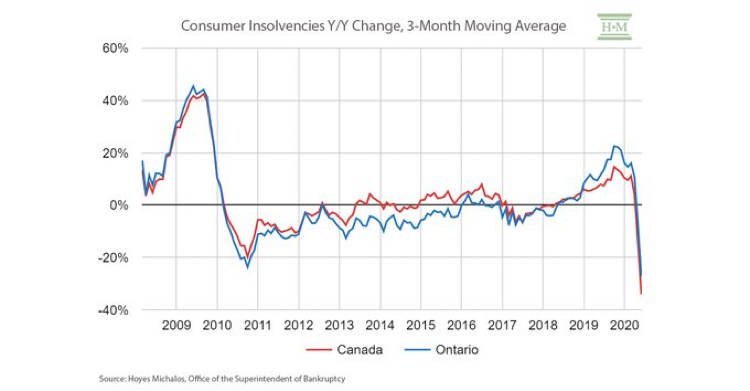 Who would have guessed that in the midst of the largest recession since the Great Depression in Canada that consumer insolvencies would DROP drastically?

You can say thanks to free money from CERB and other programs for this reality.

But do any of you think Canada is just going to end CERB?

My guess is we are at the beginning of a whole new economic model that sees money flowed out at some basic rate indefinitely.

Don’t ask me who pays for it? That is the wrong question.

The right question is will all of the economists telling our politicians that nobody has to pay for it be correct?

Until the idea of free money and unlimited expansion of debt is challenged by economic reality, nothing changes.

Speculation will continue, real estate will be supported, bankruptcies will be averted, and businesses will have customers with money to spend. 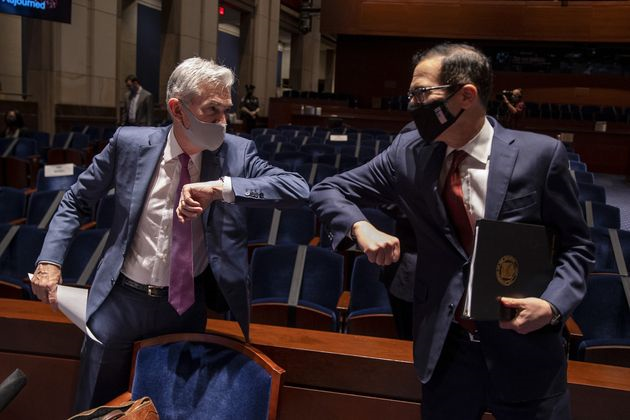 If you don’t recognize them, they are Fed Chair, Jay Powell and Treasury Secretary, Steve Mnuchin.

Have a great week, and reach out if you want to chat.

Each investor needs to be comfortable with how they approach their personal holdings here.