Best known for his ruffled suits and drug-store cigars, Mr. Volker was the Fed Chair who raised interest rates up to the punishing highs

These weekly comments spend a lot of time ripping central bankers for the blatant short-sightedness of their modern day policies and the financial moral hazard they invite.

But, today, I am going to share some kind words about the ONLY central banker of the past 60 years who had any courage to consider the long-term good of paper currency and the citizens of their country. 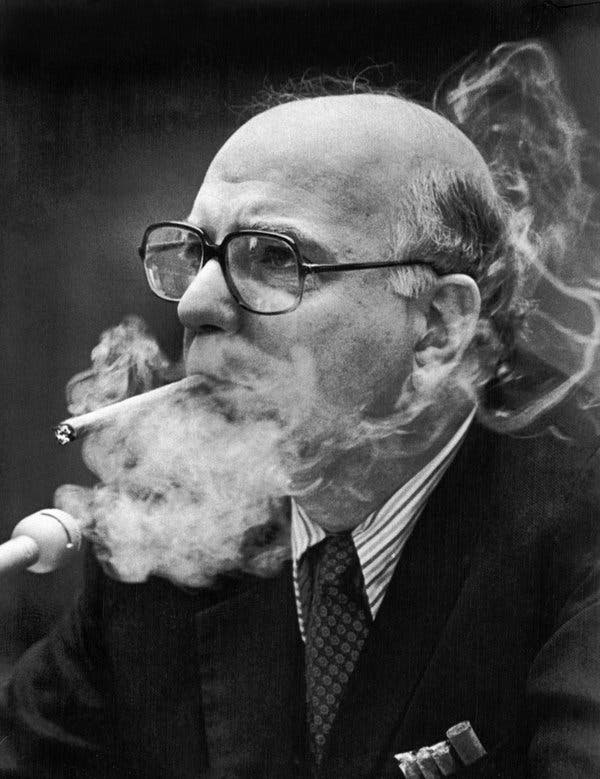 Paul Volker passed away Sunday, December 8th, at the age of 92.

Mr. Volker served as a Treasury Department official under presidents John F. Kennedy, Lyndon B. Johnson, and Richard Nixon. He became a senior Federal Reserve official from 1975 to 1987. In addition to battling inflation, he sought to limit the easing of financial regulation, and warned that the rapid growth of the federal debt threatened the nation’s economic health.

“I tell you, as sure as I’m sitting here, that if banking institutions are protected by the taxpayer and they are given free rein to speculate – I may not live long enough to see the crisis but my soul is going to come back and haunt you.”

Best known for his ruffled suits and drug-store cigars, Mr. Volker was the Fed Chair who raised interest rates up to the punishing highs of 21.5% in 1980.

Yes, it was tough medicine.

Yes, it punished many who had taken on significant debt.

And yes, conservative people got hurt along with the profligate.

However, it was this work of Mr. Volker that paved the way for many years of solid growth by reining in the rampant inflation of the late 1970s, killing off a growing wave of asset speculation, and opening the door to REAL growth derived from healthy savings.

Stated another way, Mr. Volker delivered “shock therapy” to the US economy, which caused a deep recession but managed to persuade a generation of Americans to abandon their entrenched expectations that prices would always keep rising. Does that have a familiar ring to it?

One of the people who influenced Mr. Volker was Henry C. Wallich.

Wallich lived through the hyperinflation of Weimar Germany and often told the story of paying 150 billion marks to use a neighborhood swimming pool. The truth is that real life connections to people who went through difficult times tend to influence people far more than history books.

The chart below tells of a difficulty the world may face in its future, and it is worth taking some time to study and think about. 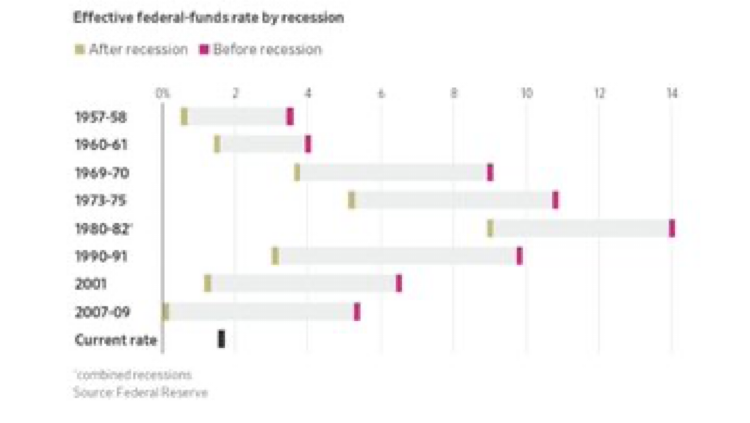 The obvious key is to look at how pitifully low the “high water mark” is in the current rate cycle. The US Fed has already cut rates three times in the past five months which is enough to call the present cycle a new “interest rate easing” cycle. It is still an open question if there will be a recession or not.

Let me ask a question here. How significant of a difference do you think cutting interest rates from less than 2% will have on consumption?

I get it…historically lower interest rates encouraged more consumption, but with already low low rates, that doesn’t really work so much in 2019.

In a time when there is so much money in the hands of the 1%, do lower interest rates from already ridiculously low levels really stimulate demand from the over-indebted 99%?

The experience around the world where interest rates are already negative suggests the demand relationship has been significantly lowered.

A final quote from Mr. Volker about how he saw the relationship between financial engineering by central banks and the real economy.

In December 2009, after the first Troubled Asset Relief Program (TARP) had been enacted in March of the same year, Mr. Volker stated in a public lecture:

“I can only say your (central banks) response is inadequate. I wish that somebody would give me some shred of neutral evidence about the relationship between financial innovation and the growth of the economy.”

Mr. Volker saw nine months into the Brave New Financial World what many are only coming to realize now.

In conclusion, I leave you to ponder what might happen if the world faced another central banker like Paul Volker today?

Someone who cared about stimulating real growth. Someone who believed that the purchasing power of paper currencies needs guarding. Someone who wanted companies to invest in their businesses again, not just buy back their stocks and financially engineer earnings per share. Someone who wanted a young person to be able to purchase their first home without borrowing more money than they are going to earn in the first eight years of their working career.

What if the world faced a central banker like that?

Yes there would be a “great recession” and bad things would happen. Conservative people would not be immune to the pain, but those were exactly the choices Mr. Volker faced, and he chose short-term pain in exchange for long-term gain.

Not sure where the figure is for Canada on this one, but I’m pretty sure we use less cash than most countries. 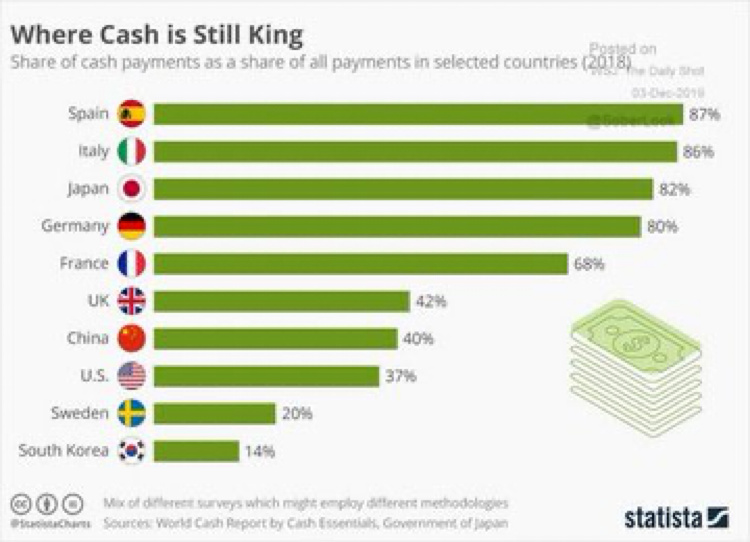 It never ceases to amaze me how central banks love to “talk trash” precious metals and commodities, but actually go out and buy them with their own money.

What is the old expression? Actions speak louder than words. 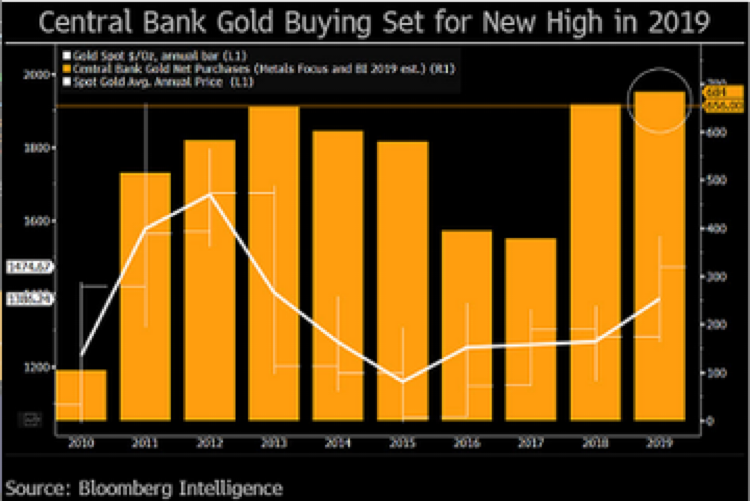 The next chart show American Non-Performing car Loans (NPL as a percentage) vs total outstanding car loans (NPL in $billions). Notice the percentage of loans not being paid is creeping up to the level of the 2008 recession. 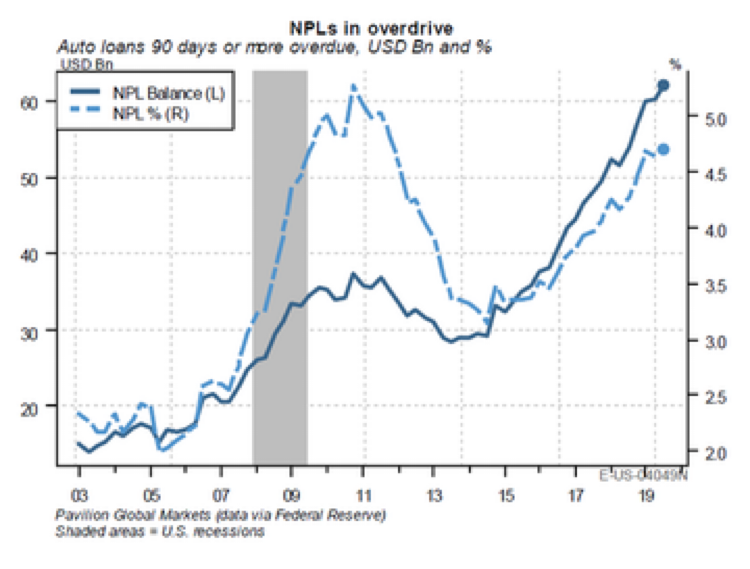 The chart below shows total corporate taxes paid to the US federal government.

Not to worry thought, the tax revenue still seems to come in from somewhere (sarcastic smile).

Pot stocks have not been in the news lately…here is why. 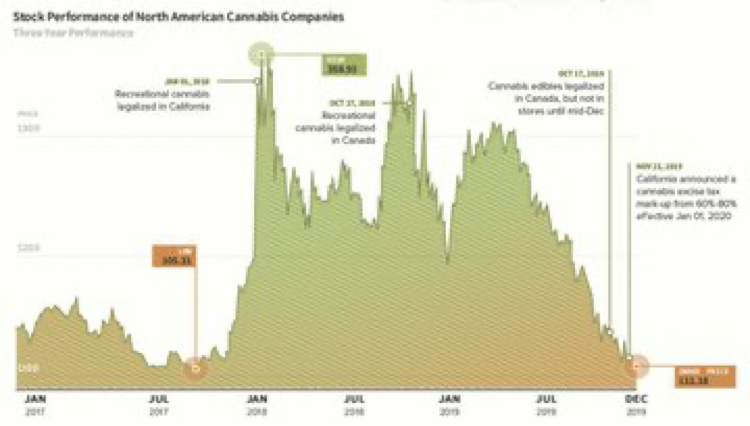 There are a lot of ways to measure “relative value” or lack of relative value. Below is a chart that relates asset prices to DPI (disposable personal income). The black line correlates interest rates to this ratio. 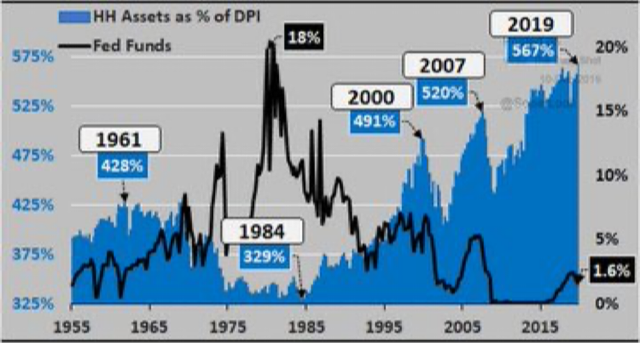 To conclude, below is the updated chart of major economic area PMI or purchasing manager’s indexes. Updated to December 10th.​​​​​​​ 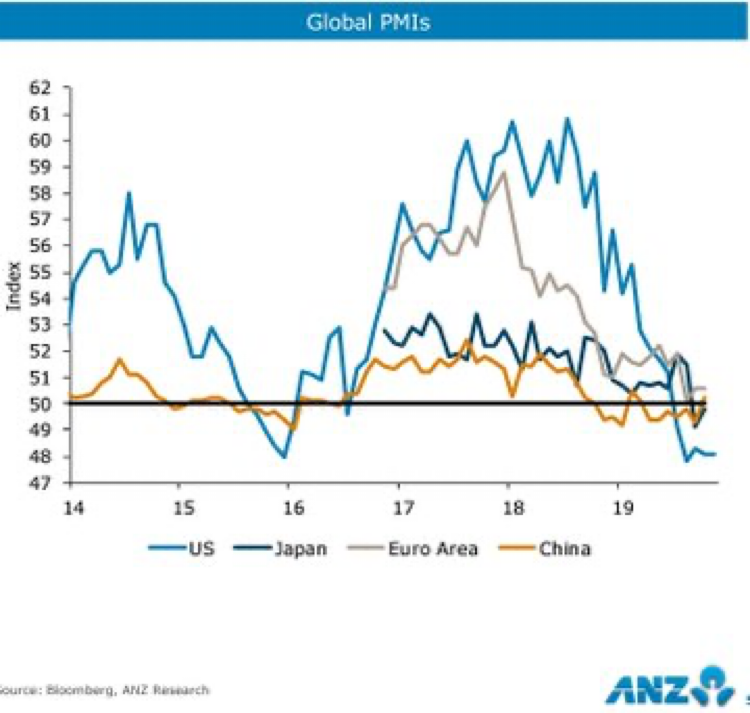 What thoughts do these charts percolate in you? Shoot us and email to let us know, and never hesitate to give us a call with any questions or insights you have.