This is not going to be about the good, bad, and ugly of the US Federal Reserve’s decision to:

I just want you to understand the scale of the operation.

Since the mid-September through October 16th, the US Fed has done $1.233 trillion in overnight repos.

As of October 15th, the US Fed has started $60 billion of “Permanent Open Market Operations (POMO) per month in addition to the repos above.

To put those numbers into context, the Repo alone is equal to the annual US military complex budget per YEAR on a MONTHLY basis.

These are exceptionally huge amounts of money.

These actions are attempting to stop the global economic slowdown by ensuring lenders and lending capacity in the banking system is not impaired.

Let’s look at the stock market in the US and how the large monetary interventions being undertaken may influence markets.

The bottom line for stocks is that it is very hard to envision a meaningful decline when those sums of money are sloshing around the money markets.

If one is BEARISH (as I am) based on economic fundamentals, one had better keep their BEARISHNESS in check in light of the copious amount of monetary stimulus.

Shorter term, the BULLS need to take out the overhead resistance in the S&P 500 before getting too excited. The first two charts we’ll look at below are from my weekly tracking notes. 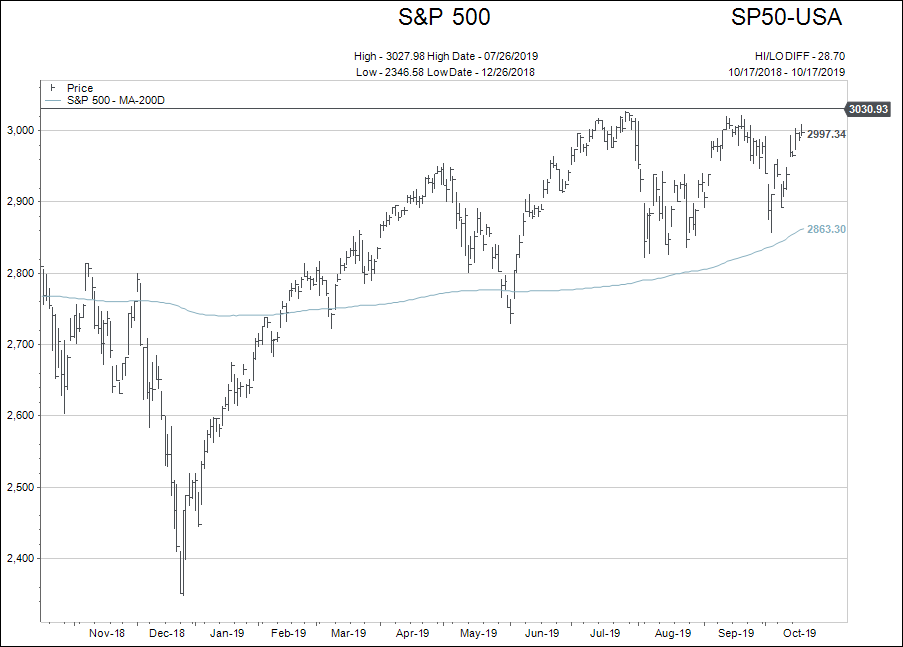 Let’s assume that the upside target of 3030 on the S&P 500 is taken out. What are some of the technical thoughts as to what might come next?

The chart below shows my next target IF the S&P 500 can make a new high price. 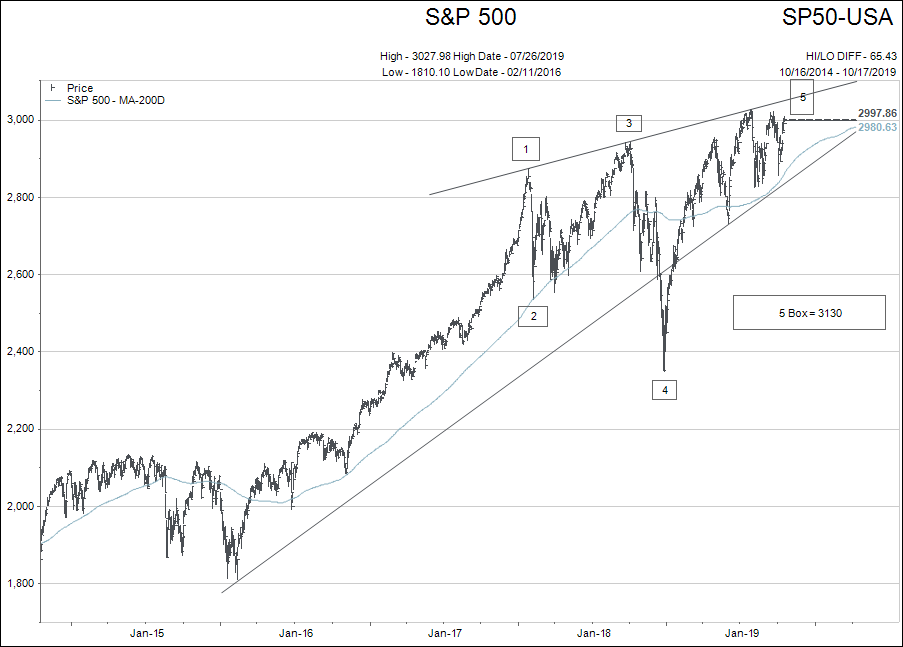 The “circled 1” is the blow-off high made in January of 2018. The run from 1800 to 2800 was quite a sight to behold and was completely anchored in Donald Trump winning the US election in 2016 AND his corporate tax cuts.

The decline down to “circled 2” was a fast and furious consolidation of the “Trump Rally” from the election to late January; nothing strange about that move in the market.

The bounce back to “circle 3” was fairly text book as well. Still based in the optimism that:

From “circle 3” to “circle 4” the plot definitely thickens.

The gradual slowing in the economy was getting worse. Earnings projections were flattening out. (See below) 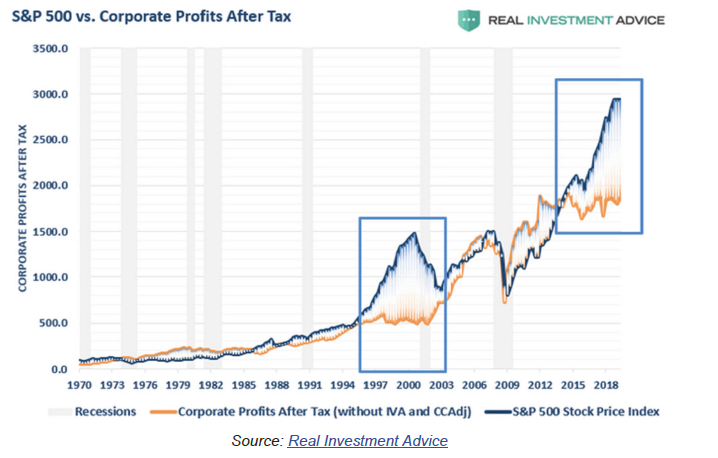 We can add to this theme that manufacturing was lagging and a trade war with China was taking hold.

The US Fed kept a stiff upper lip and said they would continue to raise interest rates. The financial markets called their bluff and sold off hard in a six week time frame in November/December 2018 to the Christmas lows where we see “circle 4.”

Circle 5 is a level where one could see a logical end to this entire BULL market in stocks.

It is also a level where, if the S&P 500 can climb above the trend line at circle 5…the ability for stocks to go higher is unimpeded. In other words, the stock market could experience another blow-off like the one in 2016.

To conclude the comment, I want to talk about the sad side of this BULLISH outlook.

While doing the background work to write the comment it struck me how the world has come full circle to where it was three years ago.

All of the global central banks have flipped back to QE and lowering interest rates. The stock investor narrative has gone back to “fundamentals don’t matter as long as the central banks have your back.” Corporations are back in full “stock buyback mode” and “zombie companies” have fresh access to capital as money market investors throw caution to the wind to buy low quality assets.

That was exactly the world the central banks told us they were planning to exit three years ago.

What does that mean?

The same old winners and losers will emerge when it comes to wage and income inequality. And that makes me sad.

As always, feel free to give me a call or shoot me an email any time.