The financial markets behaved in perfect harmony with historical expectations when interest rates were rising after a 10-year economic expansion. A stock market topping process sets in and, at some point, stocks decline in value. (“Double Top” shown below).

The reason this happens is the interest rate becomes high enough to cause asset valuations to appear “expensive” and interest rates become a viable choice rather than stocks. This had transpired by the summer of 2018.

But something definitely changed in late December and into early January of 2019.

Stock markets reversed to the upside and interest rates came down sharply. What changed? 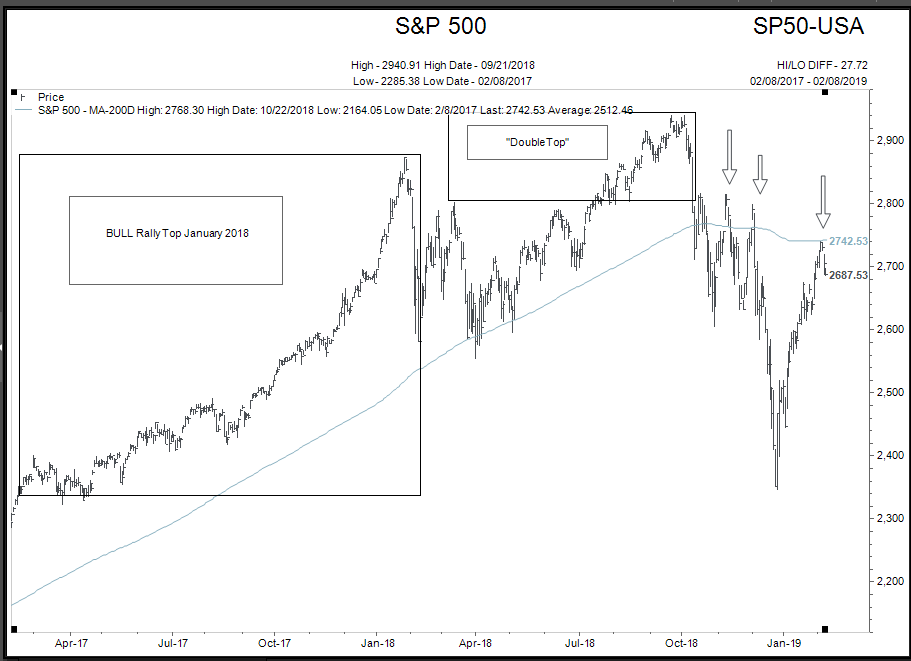 As the first two installments in this three part series have asserted the reason for the reversal is: The global central banks backed away from “normalization” of financial conditions and opened the door to new and greater levels of financial market intervention (i.e. Modern Monetary Theory or MMT).

Which brings us to the key question to be posed during this three part series.

How do we proceed forward with one foot in the “rate of return maximization” pond and one foot in “be careful out there” pond?

If we assume a positive set of conclusions from all of the insane policy mentioned above, we get a highly risk exposed asset mix. If we assume a failure in monetary policy, a defensive asset mix makes sense.

I loved the following short excerpt from an article, The Ministry Of Love: A Play In One Act, in a newsletter called Demonitized, pubished February 1st, and read last week:

“In my own humble opinion, the number one question confronting anyone allocating capital right now is whether or not this (stock) market is “for real.”

If it is, and you decide to fight it, either as a private individual or as a professional investor, you’re toast.

But if this market isn’t “for real”–if it’s all just an artifact of easy monetary policy, and you decide to “go with the flow”, and it all unwinds on you, then you’re also toast.”

So how does one decide what to do?

Personally, I don’t believe we can know with absolute certainty the right thing to do.

Therefore, our goal needs to be to agree on a strategy that appears to offer us as investors the flexibility to stay exposed to the central bank omnipotence narrative as long as it appears to be correct but the ability to shift exposures to more defensive assets if the narrative changes.

The original Tactical Equity Allocation Models (TEAM) are portfolios that attempt to achieve this goal. TEAM absolutely covers the important bases of playing good defense and offense but there are some new problems we need to address:

Modern Monetary Theory opens the door to incredible risk in terms of rampant inflation in the future.  The usual relationship that happens in these types of inflations is for stock markets to rise in the “native” currency of the inflationary economy, but due to the drop in the value of the native currency, foreign investors lose value relative to their originating currency.

In this situation, the Canadian dollar could come under significant pressure.  Canadian investors would want more exposure away from Canada if this were to happen.

In this situation, stock markets may continue to move higher or lower depending upon the RATE of inflation.  Our investment strategy needs to be able to adapt to either outcome.

The response of central banks around the world is predictable.  Pour on the new QE and lower interest rates.  How financial markets will respond has been predictable up to this point…they go higher.  But that could change. Our strategy requires greater flexibility to whatever might happen.

My point, if you thought the last 10 years were crazy, MMT opens the door to a level of craziness that is beyond our imaginations.

And you can’t just run away and hide from it.

Hey, it might work out that the typical 50% fixed income and 50% stock portfolio turns out to do just fine.

Great, that would be awesome!

But what if something really changed at the beginning of 2019?

What if a prudent investment plan requires a stronger defensive mandate than just buying and holding?

We had better, at least, think about what makes better sense from a strategy perspective.

Let me give you a little hint at what I have been thinking about in a series of charts below.

There are three charts in sequence where each chart shows 10 years.

Below in a chart of US dollar denominated Gold bullion…same demarks in white and yellow.

First, notice how these two asset classes don’t correlate closely.  When stocks did well, Gold usually did not. When stocks stumbled, gold had a stronger profile.

The blue bars show the times an investor should have owned gold over stocks in the past 10 years.

But look at those dates.

Right in the middle of the “European debt crisis” (PIGS countries crisis), during the most fearful part of the 2016 deflationary scare, AND RIGHT NOW.

These are difficult times for investors. The buy and hold crowd keeps growing more complacent in their views that nothing really matters and investors can just buy and hold for the rest of their lives because all dips in stock markets come roaring back.

That entire investment worldview is predicated upon the central bank control being maintained on stock markets forever.  Hey, it might work out that way.

But what if it doesn’t?

Investors need a strategy that can take into consideration the possibility that central banks are not omnipotent and can make profound mistakes.

A final quote from a February 8th, tweet by Alexandria Ocasio-Cortez, one of the MMT and “new green deal” proponents who has the ear of every Democratic politician in America:

Sounds like they might be willing to print a little money in the future, wouldn’t you say?

For clients who are interested, I have created a new wrinkle in the fast TEAM model that does a nice job of making portfolios more robust against the possibility of central bank error.

Contact me today to discuss this as an option for your portfolio. 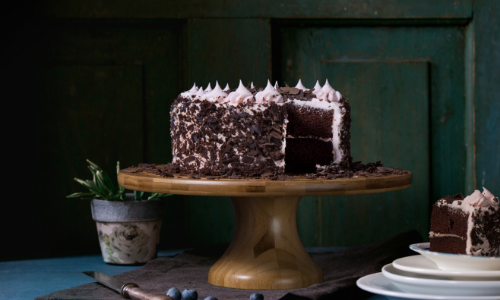 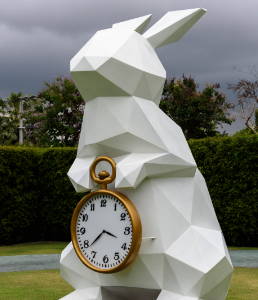 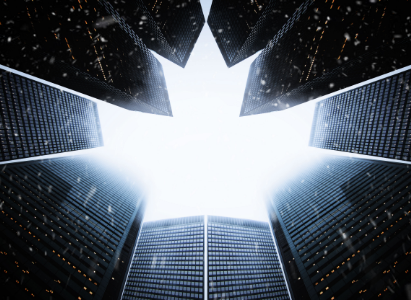