Megan and I are too young to have fought in either World Wars, but we are both descendants of those who have made a difference.

Megan and I are too young to have fought in either World Wars, but we are both descendants of those who have made a difference, and this week in particular, we remember and want to share two of our family stories.

As a little boy, I saw Uncle Johnny was a quiet man that sort of scared me. He was rather aloof and that always seemed a bit awkward to a kid who asked a thousand questions.

As I got older, I understood why Uncle Johnny was a quiet man.

John Colwell was shot down in World War II and spent time as a German prisoner of war.  He was one of the people involved in “The Great Escape,” although fortunately for him, he was still in line waiting to get into the tunnel to escape when the plot was uncovered by the Germans. 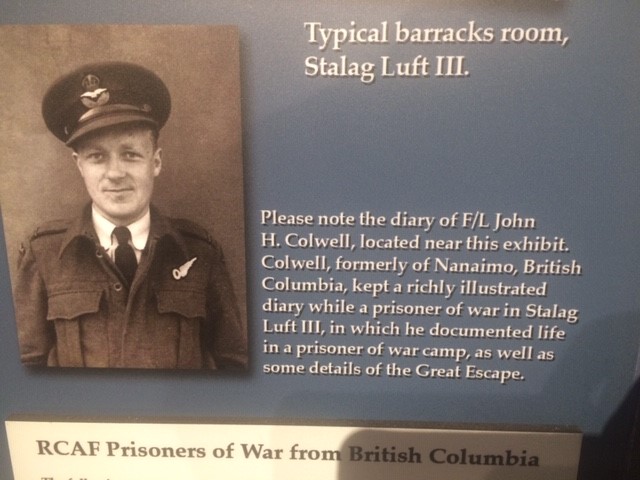 An amazing fact about Uncle Johnny is that the diary he kept while held as a POW can still be seen in the Comox Air Force Museum. 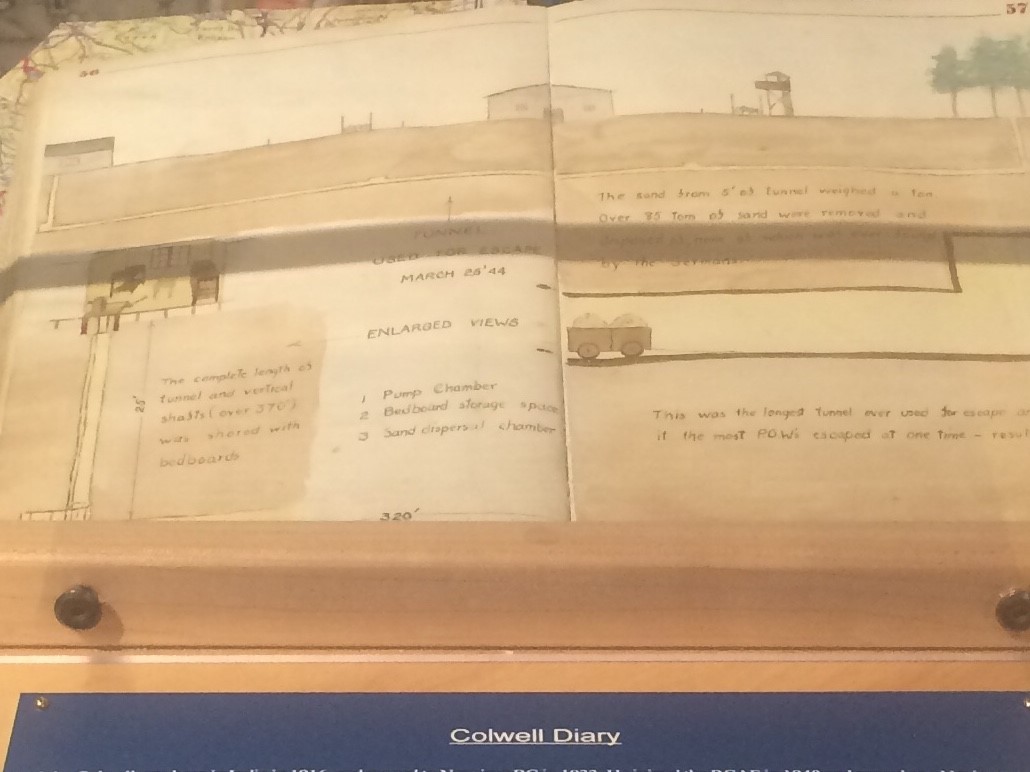 When I went to the museum to see the display I mentioned to the curator that John Colwell was my great Uncle. The curator said, “You know, your Great Uncle was a real life hero.”

The statement struck me strange at that moment.  In my mind, Uncle Johnny was just a quiet man that never really said much. He certainly never spoke to me about what happened in Stalag Luft III…actually, to be honest, I was afraid to ask.

The curators’ words simply framed him in a way much closer to the real man rather than my tiny perspective from childhood memories…a “real life hero.”

I honour him as such today.

Grandma was a veteran and a war bride, and while I never had a chance to meet my grandfather, my Grandma loved to share their stories.

When the National Service Act made the conscription of women in to regular forces legal in Great Britain, in December 1941, my grandma and three of her girlfriends went to the recruitment office and picked up their paperwork.

That night, she filled it all out, and mailed it off the following morning.

Two weeks, or so later she got her acceptance letter from the Royal Air Force and details about when and where to be for basic training. Excited, she ran to meet up with her girlfriends to see if they’d all be together for their training, only to find the others hadn’t sent their paperwork in.

So off she went and became a lorry driver in the RAF.

She would drive disassembly crews to crash sites and flight crews between bases, and on one particularly wet and cold day, she sat shivering in her truck as she waited for the crew.

The “most handsome Canadian airman” knocked on the window, she would say recounting their chance meeting, and he asked if she would like to join him and a few of the other Canadians huddled around a “wee block heater” in the hanger.

After some time Margaret and Art had grown close, and one day they were sitting on a park bench when Art nervously asked: “Do you think we could live off $90/month?” Which was what teachers in Canada were making at the time.

To which she replied: “Was that your idea of a proposal? Get down on your knee and do it proper, and I might consider.”

Needless to say, he did get down on his knee, and the rest, as they say, is history.

They were married before the end of the war, and in 1947, my grandma immigrated to Canada as a war bride. 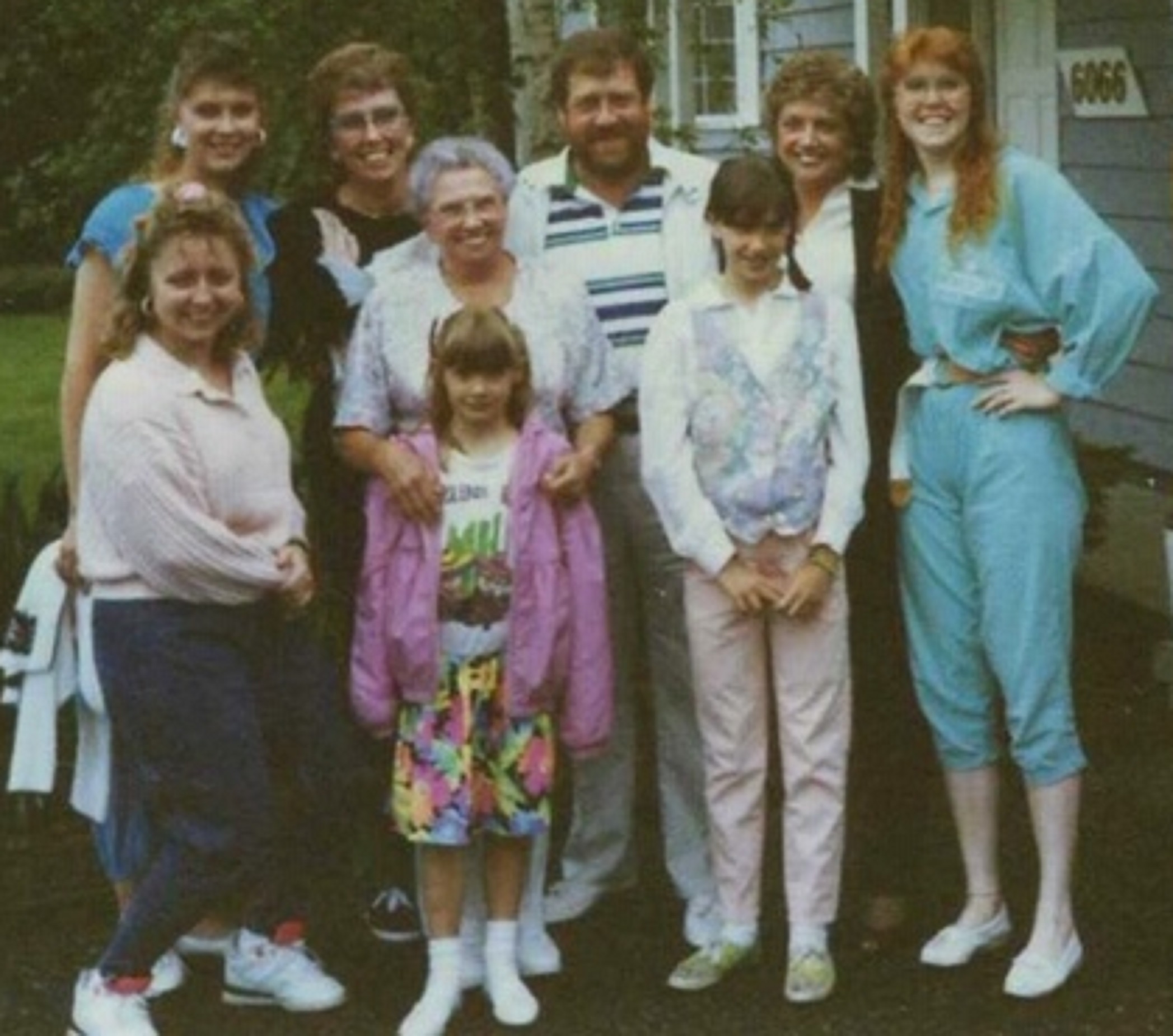 Back: My middle cousin Tamara, Auntie Heather, my second cousin Mick (visiting from England), my mom, and my youngest cousin Tiffaney. Middle: My eldest cousin Rhonda, Grandma, and my sister Elisabeth. Front: Megan.

Forever indebted and eternally grateful for the many men and women who made, and continue to make the ultimate sacrifice, so that we may enjoy peace.

We take today to remember them. 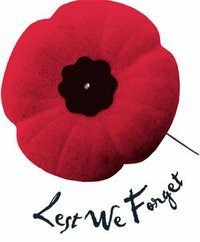 When viewed from a year-to-year perspective, nothing is cheap and speculation is running rampant.

If you don’t balance your risk tolerance to your portfolio you will end up stressed and selling.