Risk happens fast, and without a doubt, last week was a challenging market for assets around the globe.

Before we take a look at how stocks behaved last week, let’s review the allocations in the different tactical models being used:

Risk happens fast, and without a doubt, last week was a challenging market for assets around the globe. 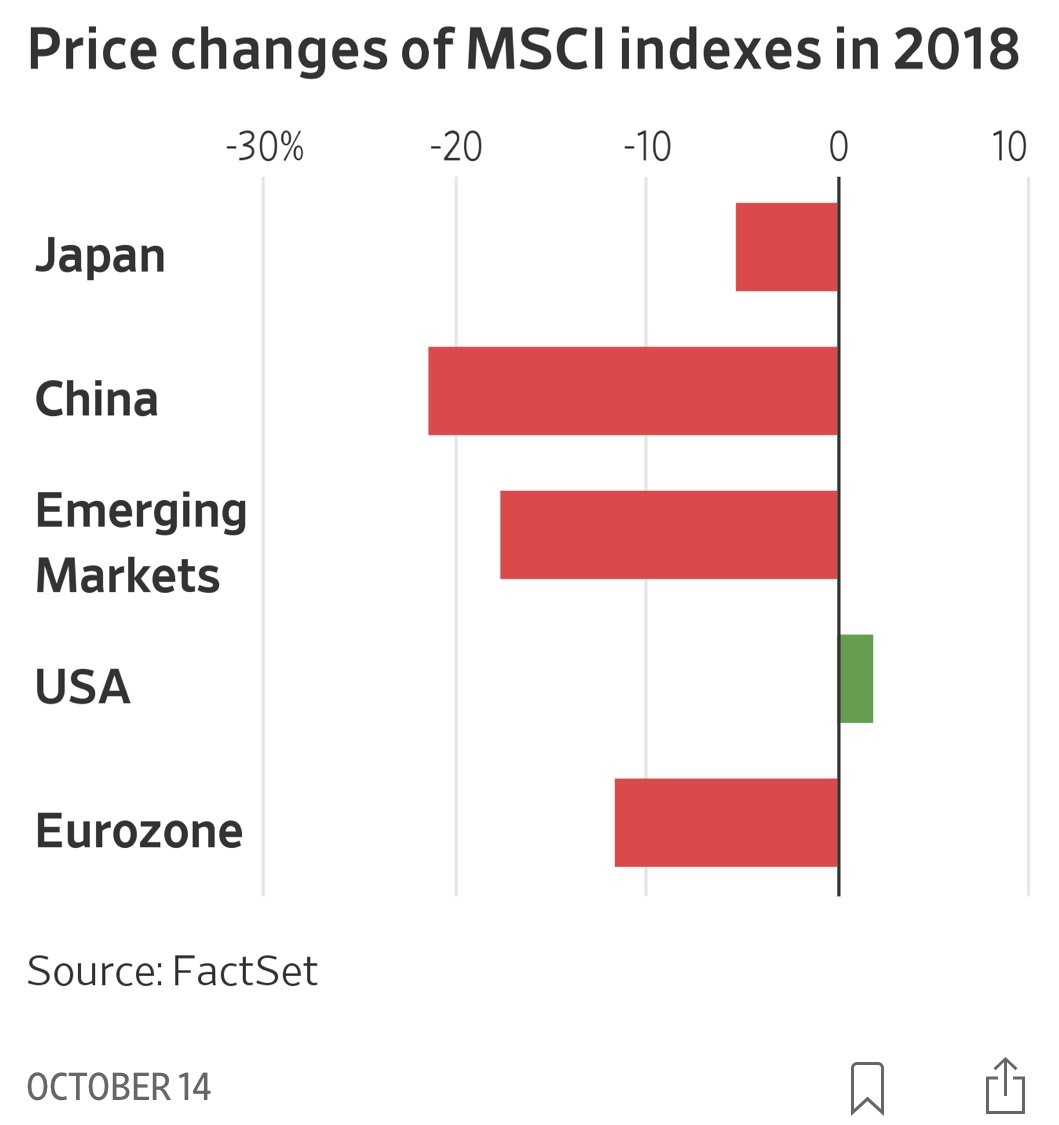 There are lots of reasons why this has happened and the media is full of people telling their view as to why stock markets declined.

As a tactical manager, I really don’t care WHY it happened…only that it did happen.

At the same time, fundamentally, we must look for sources to the cause. For sure, two of the longer term factors impacting the asset markets are:

Why markets decide to react suddenly after months of not caring about anything is always a mystery to me. It is truly one of the aspects of my job I find intriguing and keeps me engaged in what I do.

On Wednesday last week the US printed a +0.4% headline inflation number…double what the expectation was. Jerome Powell of the US Federal Reserve will keep raising interest rates with those types of headline numbers and the stock markets knows it.

Let me be absolutely clear. To make 5% – 8% rates of return in the future from here going forward we need an opportunity to buy quality companies at cheaper prices than they are today. A correction in asset prices is welcome news to tactical managers like myself who cannot stand to pay today’s high prices for quality companies.

Let’s be patient and see what transpires this week. If this really is the beginning of a medium term correction and not just some kind of a “flash crash” it should take 4 to 6 weeks to run its course.

As a reader of this blog you already know these conditions are not surprising to me.

some point during the next BEAR market, the FED will panic and go back to their old toolbox of Quantitative Easing and printing money. I am expecting an extremely positive reaction to the Fed announcing they will not pursue higher interest rates under those conditions.

The World Is a Better Place?

To close the weekly comment I am going to write about an interesting contrast of two stories I read.

The headline of the first article read: A Global Tipping Point: Half the World is now Middle Class or Wealthier.

Now before you get too excited about that headline I will quickly define how the classifications are sorted:

Those are some pretty low thresholds in my opinion.

But the bottom line: Life is getting better for a huge number of people in our world that used to live in abject poverty.

This quality of life improvement is a fabulous achievement in our time.

There are some challenges to consider alongside this achievement:

The article I want to contrast the broadening of the middle class is a review of a book titled Lake Success by Gary Shteyngart. What I loved about the review was how it made an example of the limitations of increased wealth correlations to happiness:

The story sees the author of the book follow hedge fund manager Barry Cohen around on a Greyhound bus as he chooses to “leave it all behind."

The entire interview is short and quite good. If you want to read it please click here.

To drive the point home about contrasting with “the growing middle class” story, check out the quote from the article below:

Further happiness just ceases to accrue. In fact, in some ways, the opposite happens. The money is - it's too much.

You need a chief - a family CFO, a family chief financial officer to manage it. It creates for such a strange dynamic that I almost - you know, I left this project being slightly allergic to money and thinking, God, if only we could resuscitate the middle class, what's left of it, then we could get back to the kind of country we were instead of a country where a portion of us is deathly poor, and the other portion just sucks up money from the rest of us.”

Wow, that sort of kills that linear relationship between wealth and happiness!

Let me be clear, you need to have wealth to be comfortable. This is not an advertisement to entice everyone to suddenly get rid of all their money.

But isn’t it interesting how so much of what society is told will make them happy is centered in the accumulation of more wealth? The idea that “if I only had this thing or that job or more money….then I’d be happy.”

For the people with $10 per day of spending, I guarantee the jump up to $20 per day would be a huge increase in lifestyle and happiness.

But for the majority of the people who are reading my weekly comment. How much happier would you be with twice as much net worth? I mean really…how much happier?

The past 10 years have been an experiment in many things financial. Those ideas have been discussed in these weekly comments ad nausem.

So let me take a different tack on the central bank experiment of the last 10 years. What if the idea of long term financial manipulation via interest rates and money printing was all about keeping the world a happy place by making everyone feel…wealthy?

What I mean by wealthy is that you were better off than you were before financially.

Interesting idea. But here is the crux of it.

If the world never “earned” the wealth, did the wealth ever really exist?

In other words, if all the wealth creation was just a function of pouring piles of money at ridiculously lower interest rates out into the global economy did we really believe it would be stable and last forever?

One chart for the week to show just how manipulated the low interest rates have been. 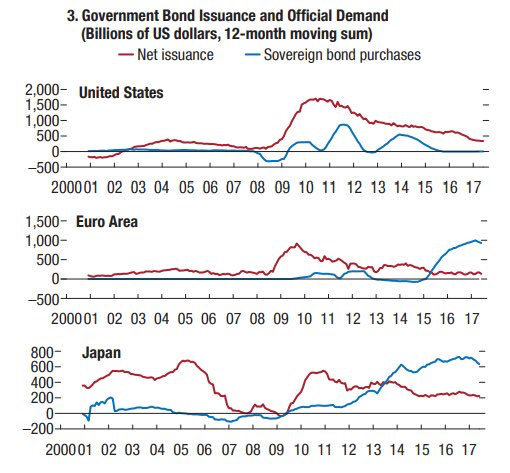 This graph shows the amounts in billions of US dollars of government bonds issued in the US, Europe, and Japan. When the blue line exceeds the red line it means the central bank is actually buying back all the bonds they are issuing plus more from the market with money printed out of thin air.

By purchasing the bonds, the central banks are suppressing the interest rates.

Bottom line: As interest rates rise we get to see yet another test of the Warren Buffett expression “You never know who is swimming naked until the tide goes out.”

Be patient and wait to see what comes. We have a good plan to deal with the volatile markets. We will stick to it.

When liquidity dries up, volatility rises. 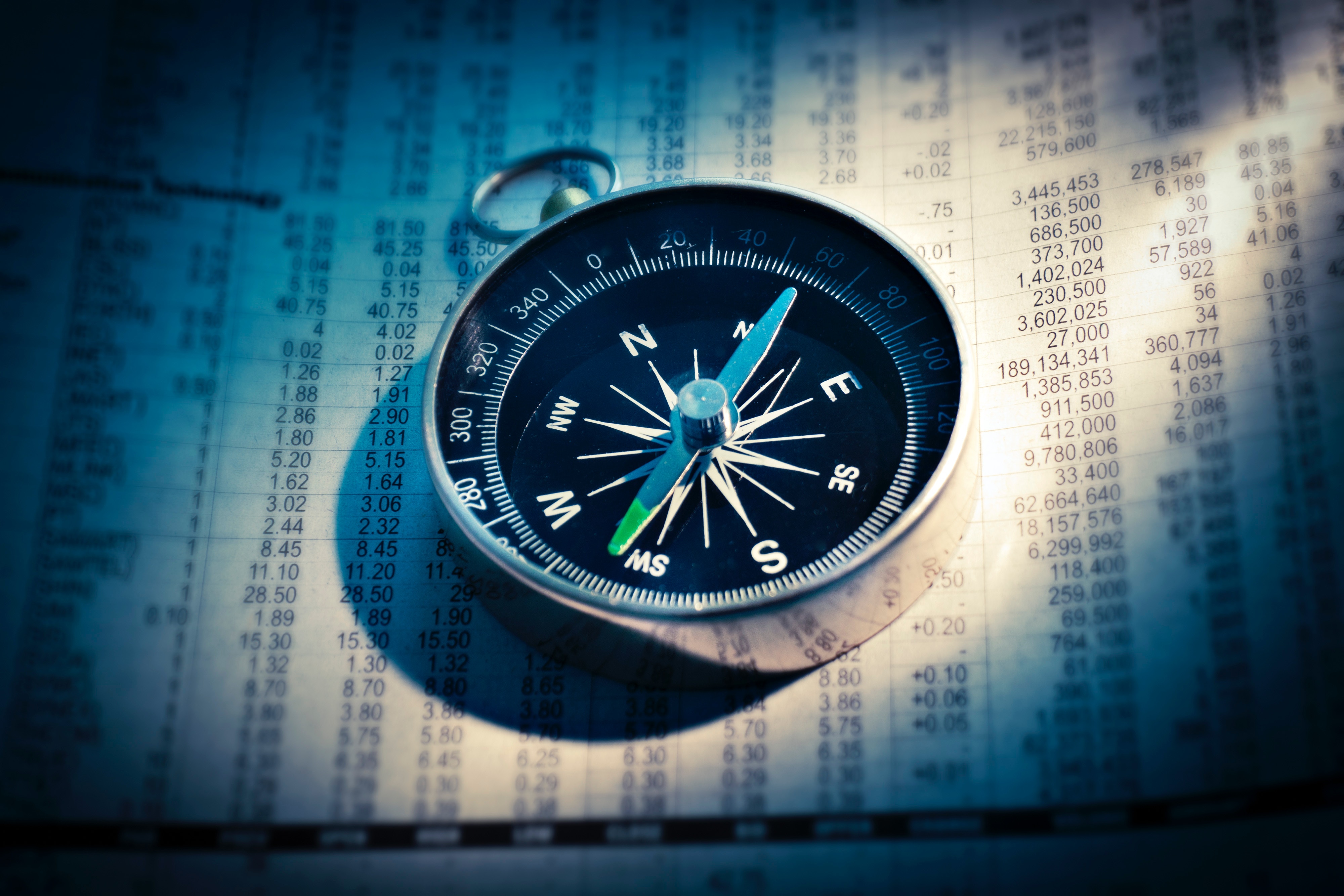 COVID was the catalyst to a change in the perception of adequate liquidity being available.