For 4 years I had the pleasure of working at Merrill Lynch. Unfortunately they departed Canada with a sale to CIBC. In those four years, I not only met David Rosenberg, but also met Richard Bernstein. Richard has over 40 years' experience on Wall Street, and was the Chief Investment Strategist at Merrill Lynch which he had joined in 1988, and then departed in 2009 to found Richard Bernstein Advisors LLC (RBA) in 2009. This week I had the pleasure of listening in on his recent video conference. He presented three themes for investors. Theme #1: Play defense. Worry later about playing offense: He believes there is an apparent limited fear of a potential profits recession suggests investors should start 2023 playing “defense”. Investment discussions continue to highlight a false dilemma of growth vs. cyclicals and omit the third option of defensive sectors. Defensive sectors tend to outperform during profits downturns, and portfolios should be overweight those sectors. Theme #2: Diversify geographically: Today, consensus favors US equities, but profit fundamentals for the US are among the worst for major regions of the global equity markets. In addition, the US equity market is dominated by the most speculative sectors: Technology, Communications Services, and Consumer Discretionary. The sector exposures of some non-US markets are often considerably more defensive, which might support outperformance as global profits cycles decelerate. They believe a lower-than-normal exposure to US equities is important. Theme #3: Accept that the world is changing: Some growth investors rationalize ongoing investments in significantly underperforming sectors or themes by claiming they are long-term investments. However, the long-term structure of the US and global economies appears to be changing, and such changes could foster a different set of long-term investment themes. The Energy sector is currently the #2 sector for dividend yield in the US and it is the #1 sector for long-term growth. In fact, its long-term projected earnings growth rate is roughly twice that of the Technology sector! The global economy is changing, leadership is changing, and analyst projections are changing. Growth investors should not become mired in the old growth themes and should be on the lookout for new ones. The US has woefully under-invested in real, productive assets for decades. Energy infrastructure, manufacturing capacity, transportation infrastructure, electrical grid capacity, and other critical public and private goods need significant re-building and modernization. As globalization contracts, investment in such real assets could prove critical to the ongoing stability and health of the US economy.

(+) Cameco (CCO-T) The Canadian Nuclear Safety Commission has renewed Cameco's license for the nuclear fuel facility in Port Hope, Ontario, for 20 years until February 2043. The facility has been in operation since the late 1950s. Cameco will operate the facility to produce uranium dioxide fuel pellets and nuclear fuel bundles. The license renewal also grants CFM's request for a slight production increase to 1,650 metric tons/year of uranium, allowing the facility to operate at 100% of its existing equipment capabilities. Also, amid the crowd gathered at the World Economic Forum, Oliver Stone has come to Davos with a provocative movie, which advocates for nuclear power as a force for good. In “Nuclear Now!,” which premiered at the Venice Film Festival, he argues that nuclear has been unfairly maligned by oil companies and others to make the public fearful about its safety. For Stone, nuclear is the only existing technology that could help meaningfully bring down carbon emissions from energy, and its danger has been drastically overstated, even in light of disasters like the failure of the Fukushima power plant in 2011. Owned in Core and Opportunity Portfolios.

(+) Costco (COST-US) THE board has reauthorized a common stock repurchase program of up to $4 billion. Under the previous repurchase program, Costco purchased $1.4 billion of its common stock. Costco sells memberships that allow customers to shop in its warehouses, which feature low prices on a limited product assortment. The company currently operates 847 warehouses spread across several countries. Owned in Core Portfolio.

(-) Enphase (ENPH-US) is a great renewable energy company. The stock was up an incredible 100% last year but is down 15% so far in 2023. They specialize in home solar energy solutions. The company is widely regarded as leaders in inverter design, battery storage and supporting software. The company already has a market cap of $34 billion. We added to our relatively small position on recent weakness. Owned in Opportunity and Core ESG+ portfolios.

(NEW BUYS) Nvidia (NVDA-US) and Taiwan Semiconductor (TSM-US) The semiconductor supply chain involves many different steps and procedures that are all needed to keep it functioning and efficient. Nvidia falls into the design category of the chip value chain. Most of their funds are spent on research and development. They receive the parts from companies higher in the value chain and assemble them according to their designs. Meanwhile with TSM, you're investing in the growth of chip production and usage. Taiwan is often considered the Saudi Arabia of semiconductors. But shares have been volatile over geopolitical fears. Each are new positions in the Opportunity Portfolio.

(-) Procter & Gamble (PG-US) slipped despite producing Q2 results that were in line with consensus, reiterating its FY23 earnings forecast, and raising its FY23 sales projection. This week's gloomy reaction likely stems from the widening volume decline year over year as the consumer staples giant continually hikes its prices. Volume drop-offs were most pronounced in categories that saw the most significant price increases. PG also added that it is encouraged by its volume shares holding globally, with its biggest market, the U.S., seeing an acceleration of volume share by 50 bps over the past three months. While some economic headwinds are easing on one end, others are intensifying on the other end. Modest improvements should begin in China, but European markets are softening. Meanwhile, the U.S. remains a resilient market. Owned in US Portfolio.

(NEW BUY) Prologis (PLD-US) develops, acquires, and operates around 1 billion square feet of high-quality industrial and logistics facilities across the globe. Prologis shares were off about 30% last year, and has now closed the Duke Realty acquisition and ended the year with a good set of numbers. The real estate investment trust is focused in markets characterized by large population densities, growing consumption, and high barriers to entry, typically near large labor pools and extensive transportation infrastructure, which puts it in the best position to capitalize on e-commerce demand. New position in the US Portfolio.

(SOLD) PNC Financial Services Group (PNC-US) We sold all of our shares of the midsized bank after it fell when they missed Wall Street estimates on the top and bottom lines. PNC reported $3.49 in adjusted earnings per share on $3.68 billion of revenue for its fourth quarter. Analysts had estimated $3.95 per share on $3.74 billion of revenue. Net income was down from the third quarter, in part due to a higher provision for credit losses. We exited the entire position in the US portfolio.

(NEW BUY) Takeda Pharmaceutical (TAK-US) Several of Takeda's drugs were recently included into China's latest national health insurance list. One for the treatment of hereditary angioedema (swelling of the deeper layers of the skin, caused by a build-up of fluid), another as a new treatment option for patient with lung cancer and lastly one is included for adult patients with CD30-positive lymphomas. The Japanese-listed, $52 billion company, was founded in 1781 and is headquartered in Osaka, Japan. New position in Opportunity Portfolio.

Why Inflation Has Been Falling… It may surprise you to learn that during this cycle of falling inflation, there seems to be little correlation with rising Fed Rates. RITHOLTZ

Worrying About the Fed Is So Last Year Here’s Why Earnings matter more to the market now, and there’s confidence about US inflation. Don’t forget Japan and China. BLOOMBERG OPINION

Q1 JP Morgan Guide to the Markets A comprehensive look at an array of key economic and market themes through charts and graphs. JP MORGAN

The future of globalization: Think diversifying, not decoupling McKinsey Global Institute thinks that an informed reimagination of what comes next requires a granular approach, both in mapping concentrated trade relationships and in deciding on action. MCKINSEY

The 4 Types of Luck The Oxford Languages English dictionary defines luck as "success or failure apparently brought by chance rather than through one's own actions."

But all you need to do is perform a simple search of the phrase "quotes on luck" to reveal a great many perspectives that differ from this definition. SAHIL BLOOM

The ChatGPT bot is causing panic now – but it’ll soon be as mundane a tool as Excel Does it reminds anyone of spreadsheet software, which struck the business world like a thunderbolt in 1979 when Dan Bricklin and Bob Frankston wrote VisiCalc, the first spreadsheet program? THE GUARDIAN 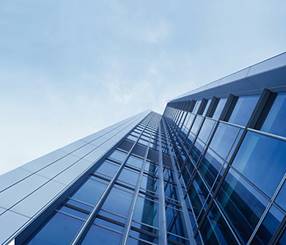 “Hope smiles from the threshold of the year to come, whispering 'it will be happier'...”

Gravitas: A Handful of Days