It’s been such a long time – Inflation, I think you should be going

It’s been such a long time – Inflation, I think you should be going

It’s been such as long time, (reference to the great song by Boston as we enter into a nice weekend), since we’ve had to worry about inflation. However, this week, monthly inflation readings in the U.S. came in stronger than expected.

Global markets experienced some modest pressure over the past week, but managed to finish the period on a stronger note. More noticeable was the move in volatility, driven by an issue that markets should have been largely prepared for: inflation. It’s been such as long time, (reference to the great song by Boston as we enter into a nice weekend), since we’ve had to worry about inflation. However, this week, monthly inflation readings in the U.S. came in stronger than expected, and predictably reignited the debate around whether this will be a relatively shorter-term or longer lasting phenomenon.

This past week, the U.S. consumer price index (CPI), representing a basket of consumer goods and services, was released for the month of April. The update suggests prices rose by 4.2% versus the year ago period, well ahead of estimates and the highest increase in year over year price gains since 2008. Excluding food and energy, which can be more volatile, the so-called “core CPI” rose by 3.0%, still well above expectations.

There’s reason to believe these price pressures will continue, at least over the next few months. We are still lapping the year ago period where economies were nearly shut and inflation was particularly weak. These so called “base effects” will continue to distort the year-over-year comparisons for a little while longer.

Supply chain issues present another dynamic that has the potential to exacerbate pressures over the intermediate-term. This is particularly true with semiconductors that are nowadays used in everything from microwaves, to computers, mobile phones, cars, and watches. The “chip” industry has been struggling to meet high demand from the manufacturers of these products, and prices have been on the rise as a result. Commodity prices have been increasing too, and there’s reason to believe that trend may continue given a strong housing market, the accelerating electrification of cars, and increasing drive to alternative energy production, among other trends, which is spurring demand for everything from lumber, to copper, and other base metals.

The key question is whether the pressures above will prove to be short lived, or more durable and sustainable in nature. The distortions caused by the onset of the pandemic last year should inevitably fade. Even the supply chain challenges may subside over the next year or two as more manufacturing capacity comes online. The same can be said for the supply of some commodities, as producers may inevitably raise production and expand capacity to take advantage of higher prices, as they often do.

Overall, the inflation that investors were anticipating appears to have arrived. We expect the next few months to be noisy, but the bigger test will come later in the year when the year-over-year comparisons should be less distorted and some of the supply chain issues may be less pronounced. We are not convinced that longer-term inflation is upon us, but we acknowledge that the combination of extraordinary fiscal stimulus and extremely accommodative monetary policy could eventually foster such an environment. It is something we expect to continue to monitor as we move through the rest of the year. 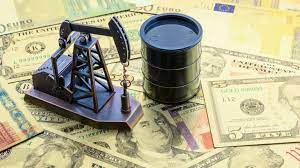 How much a litre?

Global equity markets continue to digest the news. The supply chain bottlenecks that are plaguing multiple industries are top of mind. Below, we discuss the energy industry, which is experiencing a resurgence driven by its own supply issues.

Volatility has returned after having been absent from the investing landscape over the past few months. As a result, many global markets have experienced some pressure in recent weeks, although the bouts of weakness have been orderly in nature.

Glass Half Full With Tempered Expectations

Global markets have been relatively resilient through a summer period that has had its fair share of uncertainties. The outlook remains constructive, but investors may want to temper their expectations with respect to investment returns.