Friday Trivia: What former head of state adamantly refused to brush his teeth, bathe or even wash his hands for decades? Instead, he allowed one of his fawning minions to occasionally sponge him off. (Ew). Unhelpful Hints: 1) Years after his passing, his face is still on his nation’s currency; 2) His teeth turned green, and he had terrible gum infections; 3) I hope Nixon washed his hands. 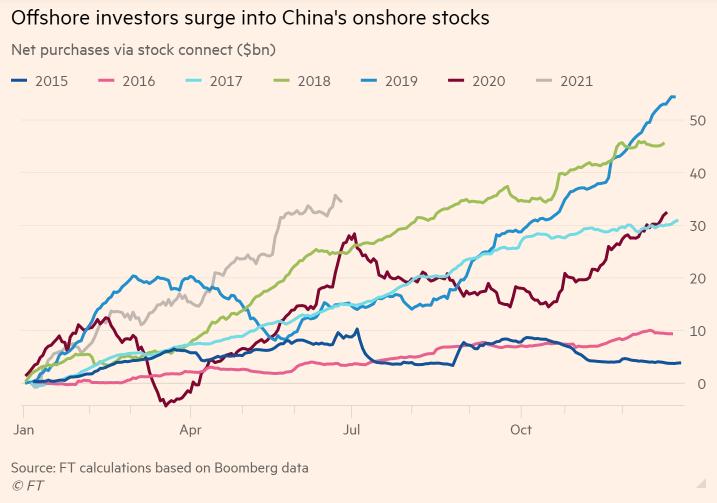 That Whooshing Sound: Despite increasing tensions with China, capital continues to flow there from around the world. That explains a strange occurrence from back in the thickest days of the pandemic. About a year ago, and really ever since, news and political agents continuously threatened to greatly reduce reliance on Chinese goods. If we really and truly unraveled the China trade, markets would be devastated. But despite the for-sureness of that news, the market shrugged off the thought.  Because? This we are in in in in that trade -- and getting inn-er. I guess it’s not news that sometimes the news isn’t news.

Dragon Not Sleeping: Among other things, the Chinese have modernized their military with their newfound wealth: 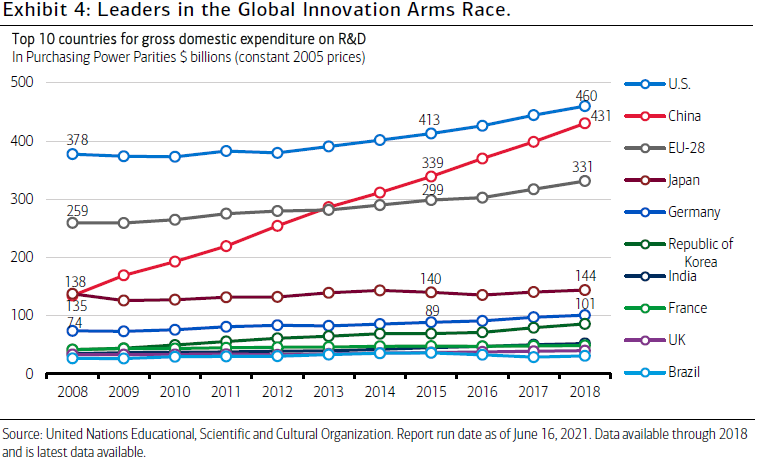 Global Insights: Does the bond market care about inflation?

With U.S. inflation rising sharply and the Fed choosing to continue its accommodative monetary policy, the recent rally in Treasuries may seem surprising. We look beyond price increases to break down the factors driving the market response.

Then again, not so Trivial: The answer? Mao refused to bathe, brush teeth, or any other number of things most of us do to keep the flies off. I will spare you some of the graphic detail, but you may want to Google something like “Mao’s green teeth.” If you have a strong stomach, have a look at the memoir by his 22 year personal physician: “The Private Life of Chairman Mao.” And I’ll bet you lunch that I can tell you something even weirder about this episode.

Enjoy your weekend. It’s smoke’n out there!!