We assess the four catalysts that have caused key markets to bounce by double digits, and discuss why investors should avoid the temptation of market timing.

With 11 months of the year under our belt, developed equity markets are looking better than they were than just over a month ago. The S&P 500 has rallied 14.1 percent since mid-October, and the MSCI World ex-U.S. Index has jumped 17.6 percent in dollar terms over the same period, while the UK’s FTSE All-Share Index and Canada’s S&P/TSX have bounced 11.5 percent and 12.3 percent, respectively.

As a result, the S&P 500 is down “only” 14.4 percent year to date compared to being down 25 percent at its worst point. This is not a phantom move, in our assessment, as the four key factors behind the rally are notable.

Markets have rallied nicely off of the mid-October lows 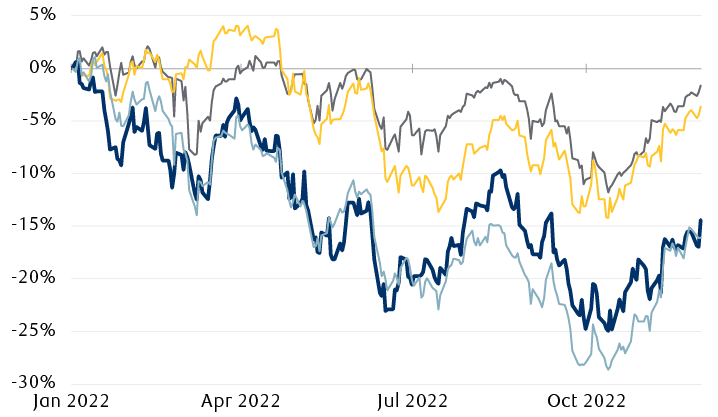 The softening in U.S. inflation: The rally gained steam with better-than-expected October consumer inflation data. The headline Consumer Price Index (CPI) pulled back to 7.7 percent year over year, which was below the consensus forecast, and lower than the peak 9.1 percent reading last June.

There has been a meaningful shift in the month-over-month CPI trend. After spiking in 2021 and earlier this year, the headline and core rates have come down closer to their longer-term ranges since 2010, clearly illustrating that inflation is no longer accelerating at a swift pace like it was months ago.

U.S. consumer inflation has come off the boil 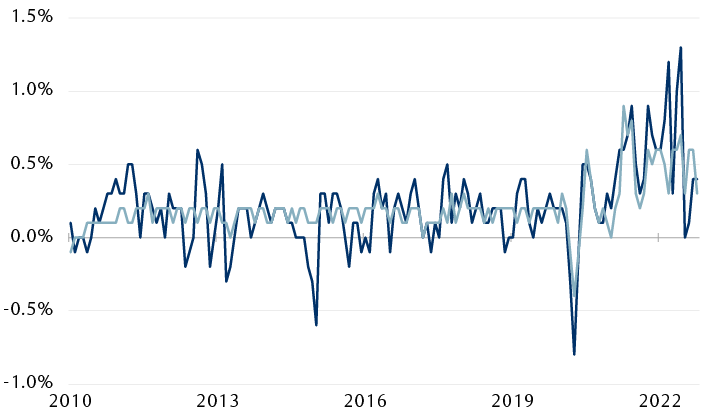 We think it’s reasonable to expect inflation to come down further in 2023, perhaps notably.

The end of the Fed tightening cycle seems in sight: We think sentiment about the Fed’s rate hike cycle has been a major catalyst for the equity market. Even before Fed Chair Jerome Powell signaled on Wednesday that the Fed would likely downshift the size of rate hikes from 75 to 50 basis points at the December 13–14 meeting, equity market participants had been expecting this. However, markets strengthened further on Powell’s comments. Beyond the December meeting, we expect any subsequent hikes to be in 25 basis point increments, and only if justified by the incoming data, with the fed funds rate reaching no higher than 5.00 percent by Q1 2023 compared to the current 4.00 percent level, in our view.

Better-than-feared corporate earnings trends: Among S&P 500 companies, Q3 reports showed some deterioration in earnings and revenue growth, especially when Energy sector results are excluded. There were also high-profile misses and estimate cuts for Q4. However, on balance, the reporting season was better than feared, and we think the results were relatively good compared to previous periods when economic headwinds were blowing.

A typical boost surrounding the U.S. midterm elections: We think the rally was helped along by sentiment about the midterms, especially given the results gave way to gridlock in Washington with House of Representatives control shifting to Republicans. Thus far, the move has been textbook. Since 1934, there has typically been a big selloff in the 12-month period before the midterm elections, and then the S&P 500 tended to rally off of the midterm election-year low sometime around the election date. The S&P 500 has historically performed best when power in Washington was shared between a Democratic president and a split Congress, as we’ve pointed out in two recent reports about historical election returns and the results of this election.

Is the rally just another bear market bounce that should be ignored? We don’t think so given the above developments, especially on inflation and Fed policy. These are legitimate reasons for investors to reallocate capital to U.S. equities, in our view.

But let’s not kid ourselves, economic risks linger which can impact corporate earnings and generate more volatility in 2023:

Regardless of how 2023 plays out, we think developed equity markets’ swift moves off the mid-October bottoms, which came amid very negative headlines and bearish investor sentiment, are prime examples of why attempting to time the market is such a precarious exercise for long-term investors. There is no bell that rings when a new bull market cycle begins, and missing the biggest rally days can have detrimental long-term performance consequences. We think now is a good time to review portfolios with the goal of bringing allocations back to the long-term strategic recommended levels. 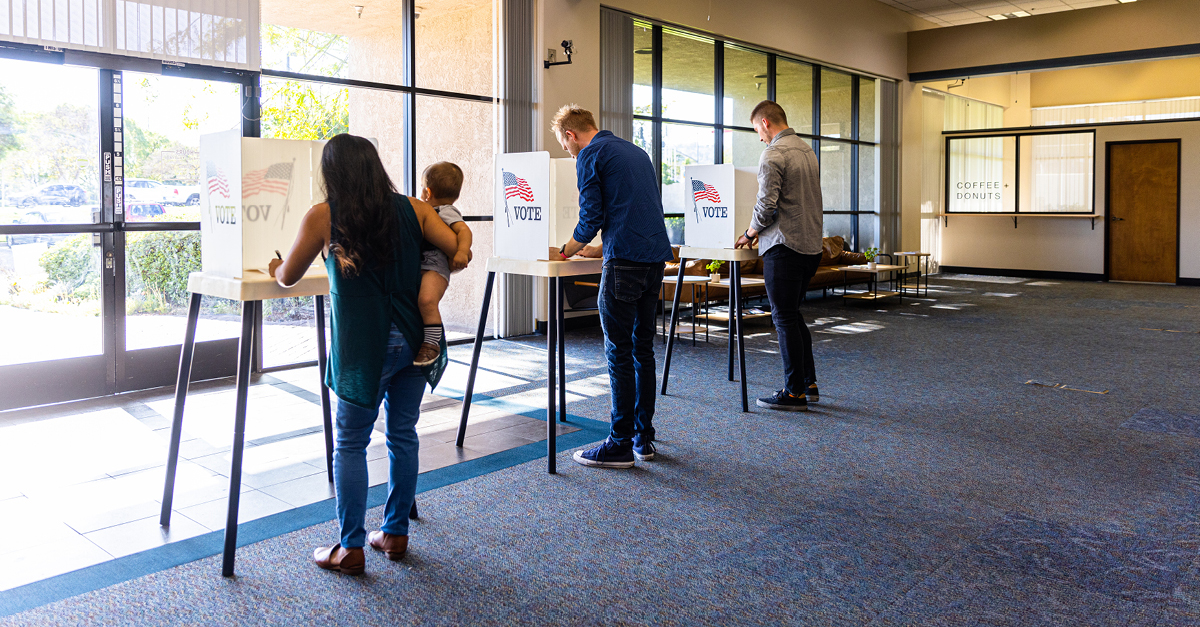 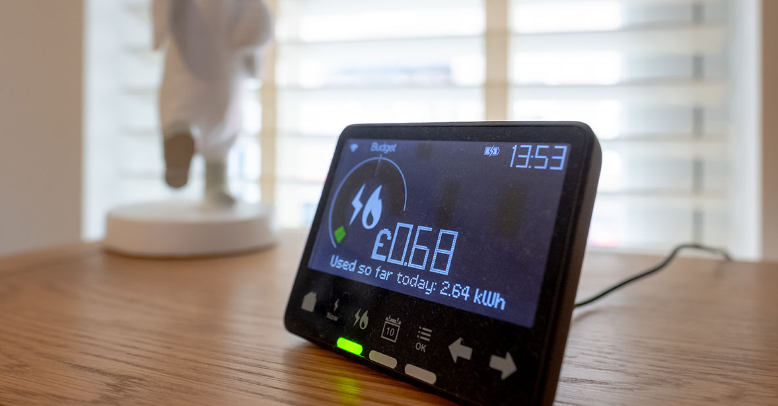 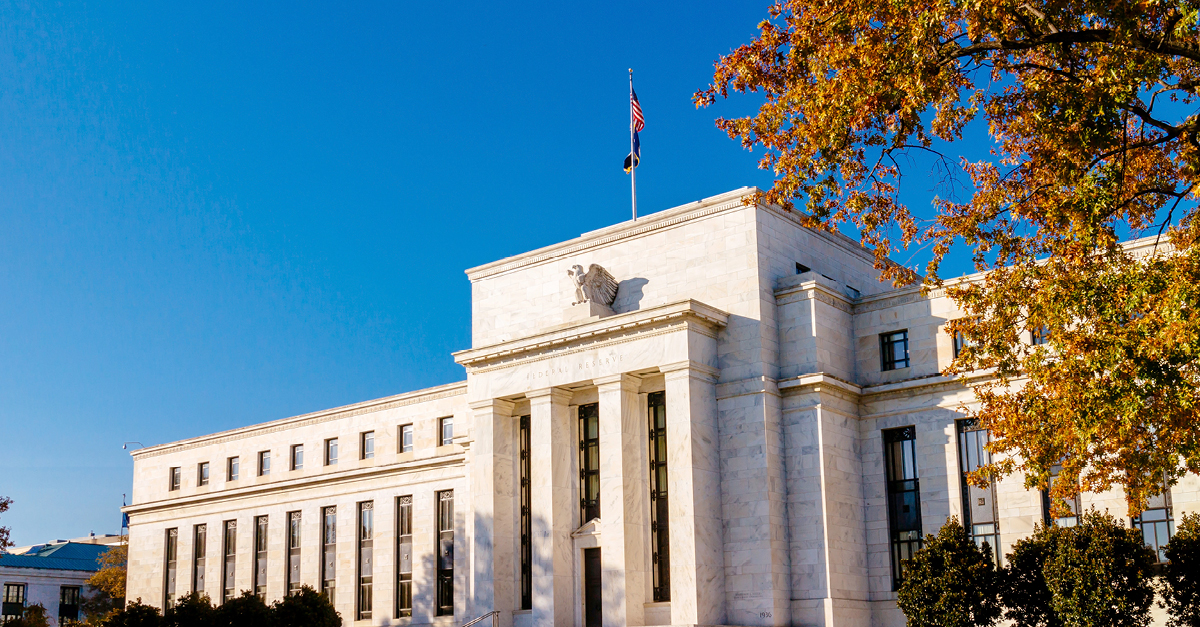