The response from fiscal and monetary authorities has been unprecedented in its size and speed. Central banks have cooked up an alphabet soup of liquidity and lending programs to alleviate stress and improve the flow of credit to businesses. Governments have pledged billions in direct support for businesses and households and even more in loan guarantees. We think the policy support unveiled thus far will prevent a worst case scenario and underpin an eventual recovery. Already, it’s inspired a moderate rebound in equity markets in the last two weeks. Oil prices, too, are up from their recent lows on the prospect of coordinated supply cuts. But the near term economic hit will still be dictated by the scale, duration and effectiveness of containment measures. After what will likely be record declines in the second quarter, we are projecting a sizeable rebound in GDP over the second half of the year, though all of the economies we track are expected to close the year with significantly more slack than they entered with. 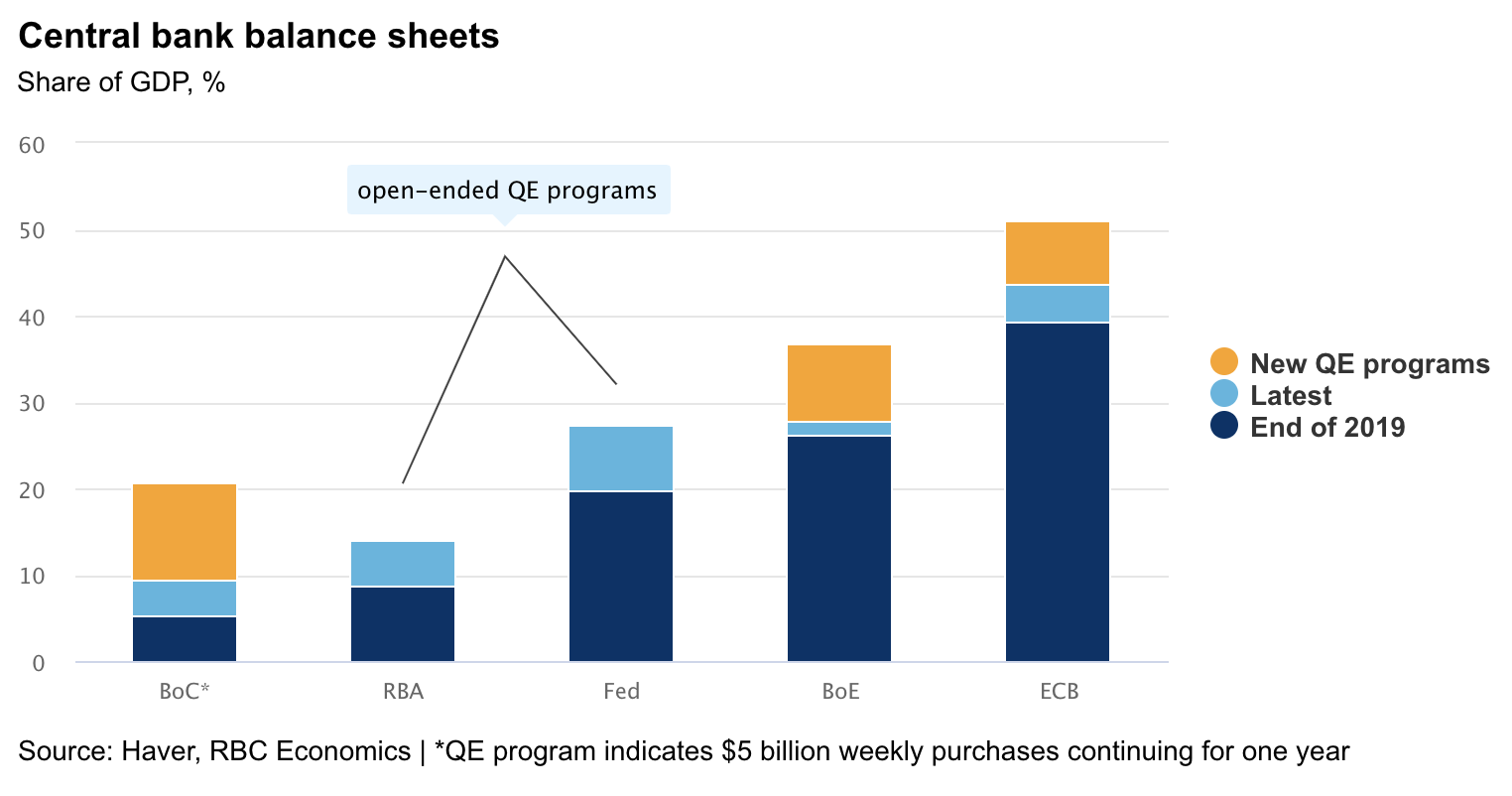 Equity markets have made up much of their lost ground since their March lows as COVID-19 infection and mortality rates have improved in North America and Europe, and as rays of light have started shining into the quarantine tunnel.