If I could do it all again, I’d for sure wish that I had a training in Computer Science/Engineering. Not sure if my son reads this, but I do spend time encouraging the so-called “STEM” to all children, thinking about the future. Think about all of the innovation and companies, and how our lives and economy have collectively changed as a result of innovations created through programming, and software development.

When I was I kid, my uncle was a huge computer buff, and bought this very sophisticated computer: the Sinclair ZX80. 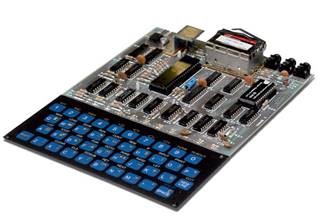 Think of the companies today, worth billions and trillions: all simply elaborate software creations, that we can’t imagine our lives without: Google, Facebook, Amazon, Microsoft, etc. All of the “inventors” of these companies were proficient with computer programming.

In 20 years, things will for sure be a lot different. And there will no doubt be a new collection of companies, that will again revolutionize the world. I read with interest an article about “Quantum Computing”. Without getting too technical, this is really a “quantum leap” from what computers can do today vs what was around in the 1980’s.

The technology is centered on the use of quantum bits or qubits, units of information. Unlike the basic binary elements of classical computers, or bits, which represent either zeros or ones, qubits can represent both at the same time. In terms we can understand, when these quantum computers become commercial, they will be able to perform calculations at rates and speeds that are virtually impossible to fathom: they could do calculations in an instant on a scale of all of the atoms in the universe.

I don’t have an investment to suggest in this space, but in areas from chemistry to logistics, finance, energy, medicine, travel on earth and into space, which has been so exciting to see, and on and on: I just wanted to highlight that the innovation that we have seen in the last 20 years, isn’t the peak of technology cycle. It will be a fascinating future.

On to more “terrestrial” things, I wanted to thank everyone who helped out in the RBC Race for the Kids fundraiser.

This was a rewarding experience that we’ll certainly be participating in again in the future. Using an app, we were able to track every kilometer, time each run and share our races to social media (with some pretty cool augmented reality filters).

Hopefully next year we will all be able to participate together in person.

Thank you again to everyone who supported the cause. We sincerely appreciate your generosity.

Next Thursday November 25th, is the start of the American Thanksgiving Weekend. With all due respect to our Canadian Thanksgiving, the U.S. really do it right: Football games on Thursday night, and a massive “Black Friday” shopping bonanza: a long-weekend...

I wanted to follow-up on this inflation issue that we are reading and hearing about non-stop. What we don’t often consider, is the role that technology plays to combat inflation. I’ll go through an example of technology being deflationary so we are on...

With all the talk of this so called “metaverse”, I thought I’d take a stab as what it means. This stall for those of us who live in Toronto, is in the beloved St-Lawrence Market. It was interesting to read that a merchant is selling their stall, and the...