A short one this week, into the long weekend:

With most of the snow-birds back in Canada and a general inability to travel, the relative strength of the Canadian dollar, is probably a little less appreciated. At above $0.83, this is the highest it’s been in over 5 years. 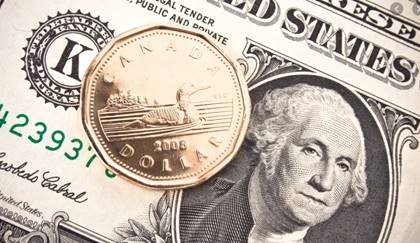 There are four reasons for this relative rise:

While its great for those who travel to the U.S., as this big leap in the Canadian dollar has increased the purchasing power of Canadian consumers who are either buying goods that are made abroad or who are looking to travel abroad, it has made life much, much more difficult for exporters who are looking to sell goods abroad.

I’m often asked about the current exchange rate. I point to what our Bank governor says: “If the dollar were to continue to move — particularly if it’s not reflecting good developments for Canada — that could become more of a headwind. If it moves a lot further that could have a material impact on our outlook and it’s something we’d have to take into account in our setting of monetary policy.”

This is a fancy way of saying that its not likely that the Canadian Dollar will continue to appreciate!

2 golf predictions this week. First my family is hosting the Women at my resort, the Kingsmill River Course (LINK). Canadian Brooke Henderson is a lock to win that one. And on the men’s tour, Rory McIilroy is going to win.

P.S. Sadly, there is no family connection to the Kingsmill Golf Resort in Virginia, but that too is on the bucket list: I am sure they will give me a nice table at the Clubhouse when I make a reservation!