There were two milestones that we might be able to look back at in a few years, as it relates to investing and trends.

First, as it relates to investing. For the first time in a year, it’s been suggested that investors primary consideration or concern is no longer Covid-related, when making investment choices. So rather than worrying first about what the infection rate is, or the impacts of potential or existing lock-downs, or the amount of vaccinations being administered, and how these things are going to effect the stock price, investors are considering first what the post-Covid economy is going to look like.

This explains some of the changes in performance of different sectors: just as we had to make changes to our investment strategies during the pandemic, reacting to the situation, there will be more investment changes to reflect the future.

Second, in terms of a broad investment and society trend, it’s been interesting to follow the Electric Vehicle interest. It’s a trend that’s over a 100 years in the making, by the way. Check this EV out. I think it’s going to do well: 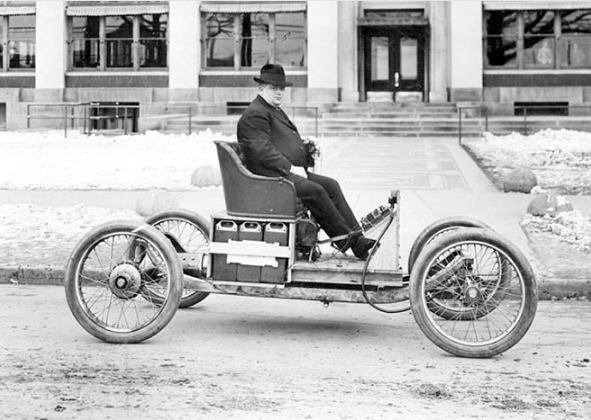 Many might not know that Ford and Edison were close friends, and collaborated on building electric and “hybrid” vehicles, before Fords combustion engine mass-production took off. This is what Edison had to say about electric cars in 1910: “Electricity is the thing. There are no whirring and grinding gears with their numerous levers to confuse. There is not that almost terrifying uncertain throb and whirr of the powerful combustion engine. There is no water-circulating system to get out of order -- no dangerous and evil-smelling gasoline and no noise.” (LINK)

So with this in mind, it was interesting to read that the International Energy Agency is calling for “peak gasoline” 110 years after Edison’s enthusiastic endorsement of EV. The Paris-based energy watchdog calculates that gasoline consumption will not come back to 2019 levels ever again, in its closely followed five-year forecast. They estimate that an accelerating global shift toward electric vehicles, along with increasing fuel efficiency among gasoline-powered fleets, will more than outweigh demand growth from developing countries. Even in the U.S., the Department of Energy, citing the same improving fuel efficiency of gas-burning cars and trends, says it expects American gasoline consumption in the transportation sector to peak in 2022.

Of course, these forecast comes as auto makers have pivoted to boost their EV fleets, after years of industry skepticism about whether car buyers would ever embrace fully electric models. General Motors said it would stop selling gas-powered vehicles by 2035. Volvo Cars of Sweden has said it would be all-electric by 2030. Some 60 million electric vehicles will be on the roads world-wide by 2026, the IEA said, up from 7.2 million in 2019.

Perhaps 130 years + after Edison’s call, he will finally be proven correct. While it’s still a little far out, the trend is undeniable. Plug-in electric vehicles accounted for about 4.2% of new car sales last year globally, with sales rising 43% to 3.24 million vehicles. In Europe, where EV sales are booming, plug-in electric vehicles accounted for 10.5% of new cars sold in the fourth quarter of 2020.

I do predict that by the time my son is old enough to buy his first car, his will be for sure an electric one. At that moment, I will be a rebel, buying an “antique” classic stick-shift 6 speed, combustion powered, middle age crisis sports car, built in the early 2000’s.