If I could go back in time, I would have honed my computer programming skills: In the 1980s: a friend and I were enrolled in a once-a-week after-school class to take a computer programming course. We actually had to go somewhere to learn to use a computer, as they were very rare in any household at that point. After a few months of working a few hours every week: we came up with a video game that looked something like this: 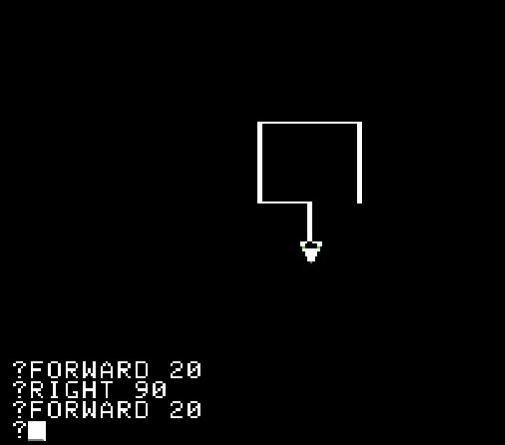 Hey, this was some impressive stuff back in the day: a programming feat resulting from the arduous, detailed line by line programming: I got a mouse to move around and chase a bouncing ball! Programming has gotten a lot more robust since then.

This week, two massive U.S. companies went public: DoorDash and Airbnb. These two companies could only exist with the incredible work of a group of really talented computer programmers.

DoorDash is a reservation system that consumers log onto to order food directly from restaurants. The technology required to link customers to restaurants: it’s simply a massive computer program. Similarly, Airbnb: one logs on, and their software connects those looking to rent their home with renters.

To be sure, the programmers who built these companies are a lot better programmers than I would ever have been. However, had I known that my primitive game was the building block to create in the case of Airbnb, an astonishing $100 billion valuation company (DoorDash is worth only a paltry $65MM in comparison), I might have focused my pursuits on honing my software skills.

Of course, I never make recommendations on stocks in a blog, but a few observations:

Whether Airbnb or DoorDash will succeed as companies is still to be determined, but their current valuations are astonishing when considering that they are just computer programs. Their valuations benefit greatly from how easy it is now for anyone to open a trading account and buy even very small amounts of shares.

So yes, technology really has changed the way we all, as consumers, and investors behave. It has also created many public companies that we all have to sift through when considering investments for the long-term. Enough said on that.

Next year, when golfing season starts, here’s an innovative use of technology that I would definitely use: how neat would it be for a drone to deliver food and beverages in a Post-Covid, contactless manner: check out this drone delivery: (Link).