On the heels of yesterday's primer #1, today we are going to look at how markets have fared during leadership tenures. By my count, we have seen 13 different PMs since 1926 (there were some repeat mandates in there), and during that time, Liberals have held the reigns for 64 years vs. 31 for the Conservatives. 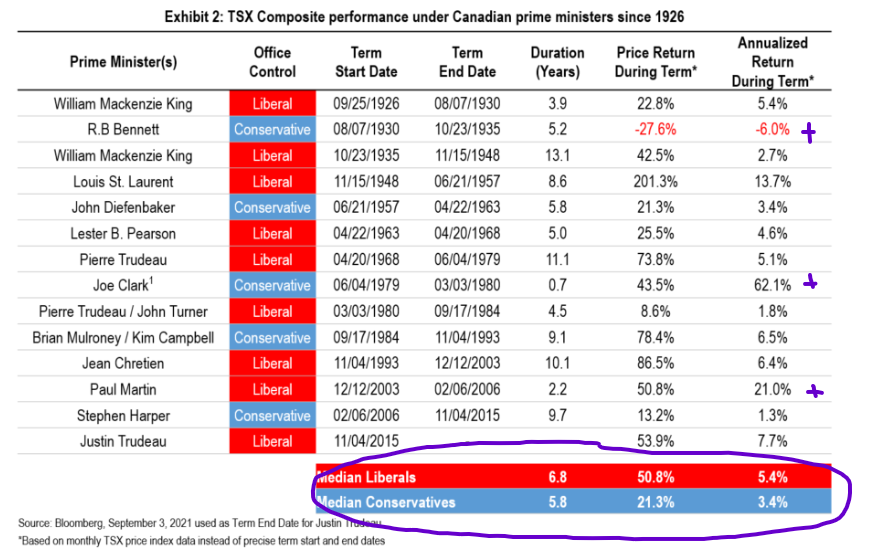 As you can see above, market performance has tended to be higher when there is a liberal leader in power. Contrast that with data from yesterday when we examined pre/post/twixt election (click here)

It is important to note, that this data in isolation, is misleading.....

RBC Portfolio advisory group observation:  the stellar performance of the resource-heavy TSX during the Liberal’s tenure between 2003 and 2006 was driven primarily by the powerful commodities bull market in the 2000s courtesy of a rapid growth period in China and had little to do with domestic policy. Meanwhile, the relatively weaker returns recorded by the TSX during the Conservatives tenure between 2006 and 2015 overlapped a global financial crisis (2007-2009) that ripped across the world and produced one of worst equity bear markets in history that took several years to fully recover.

More to come as we near the election. 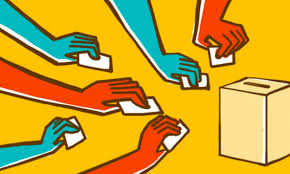 Some final commentary on the eve of America's Presidential election. Love it, or hate it, our southern neighbors are one of the biggest straws stirring the global economic drink, so tomorrow means something to any investor. In the midst of a global pandemic... 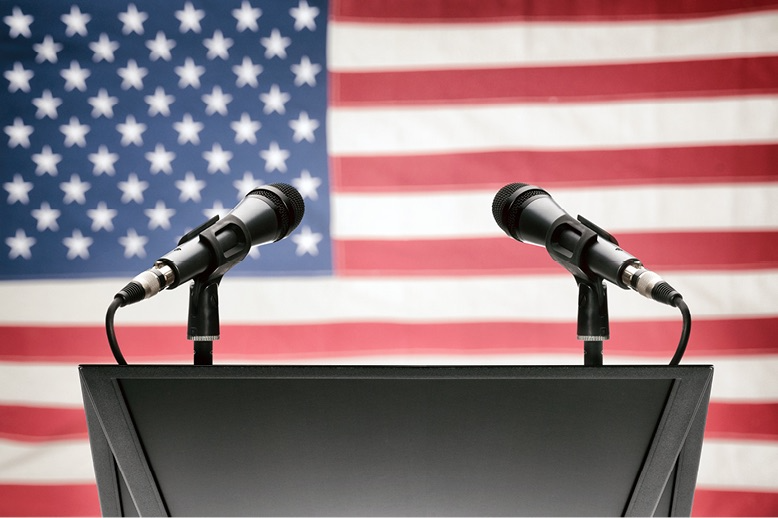 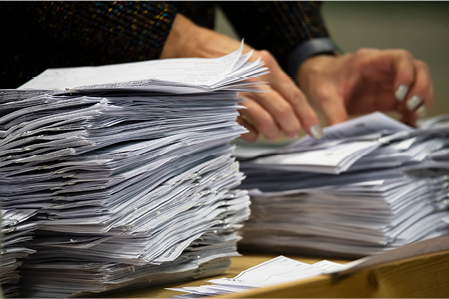