A lesson in greed - KODK

If you were at the cottage unplugging for a couple of weeks, you would have missed this one....and that's a good thing. A quick lesson on greed and the casino-like characteristics that trading can exhibit from time to time. (I said trading, not investing!!)

Eastman Kodak, the company that most of us will think makes cameras and film ----  (they're still around??) ---  saw it's share price rise precipitously on news that it had finalized a contract with the US government to make drug ingredients at its US factories. Soooooo.....they don't make film anymore, now they make drugs? sure..... 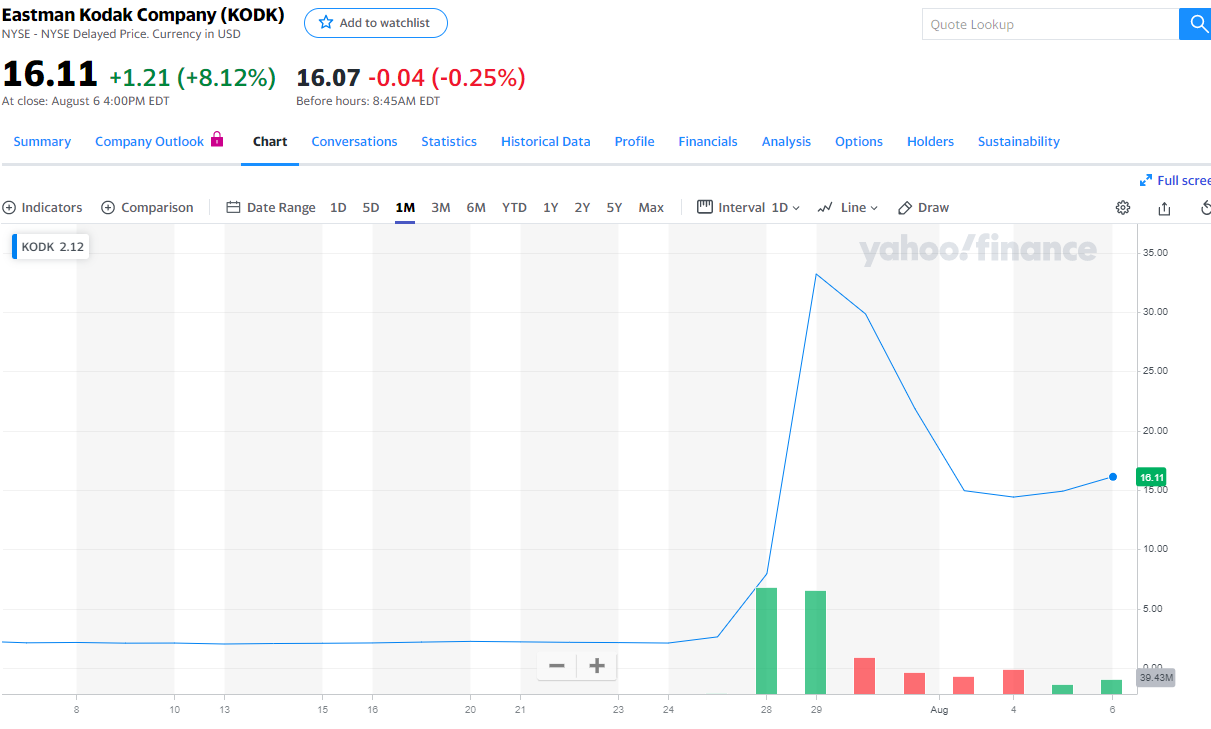 Anyhow, the stock went from $2/share to $60/share basically overnight, and this was driven by the news above and some insider trade disclosure as well as sentiment fervor. As it turns out, the news far outweighed reality and the stock has since cratered back down to $16/share. This is still a meaningful gain from its starting point, but ask the folks that got in at $30 and $45/share how they feel. Now the SEC is involved and we all know how most of those stories conclude.

The Business of a Family Biz

Featured in this weekend's reading segment is a wonderful thought piece put out by RBC Wealth Management Canada. This thought piece offers a great perspective on how to integrate the next generation into the family business. Having a core set of values...

Investors and consumers alike are wondering whether the inflation numbers we are seeing right now (yes folks, they are real and they are higher than what we are used to) are permanent, or short term. In a short interview with Kelly Bogdanova, we are given...

In today's insight from our portfolio advisor group, they examined the demographic challenge facing China over the next 5-10 year. Today, the Chinese government increased the number of children a family can have from one to three. Why? Because China is...