While much of the focus these days is on the coming US Mid-Term elections, I thought it would be interesting if we look back on market performance 12 months after past mid-term elections.  While the past is no indication of the future, it can often be a guide.

Some Observations from Past Mid-Term Elections: 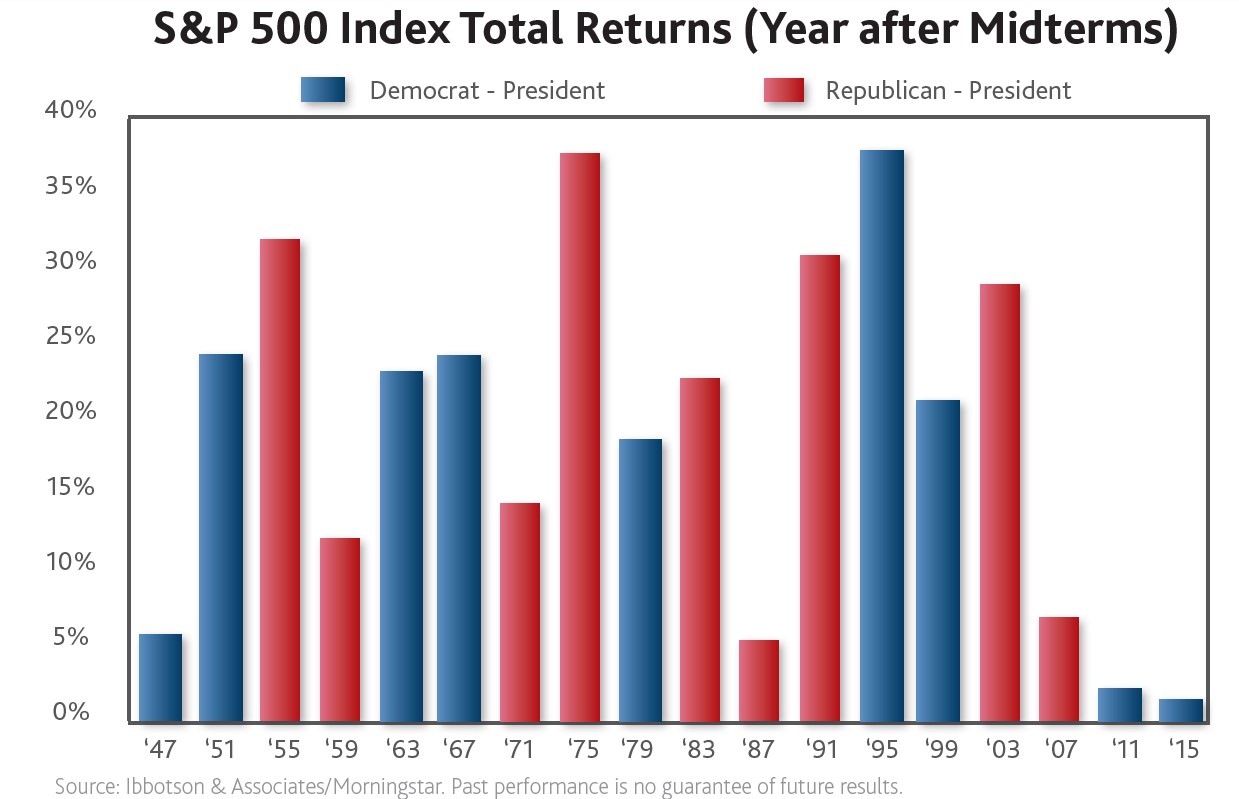 Worth mentioning, however, is that the market indexes appear to be headed to a test of the lows seen earlier this year as the pullback gained momentum on Wednesday. We think it is amazing to think that the indexes were at new all-time highs just three weeks ago, and now there is much talk and opinions being expressed about a potentially much worse decline that may be coming.

Let’s filter out the noise and focus on what the charts are telling us!  We see the markets moving back to the lower end of trading ranges they have been in this year with a possible poke through the previous lows just as there was a poke-through on the high-end three weeks ago. Often, the biggest day of a pullback will be the last day, and judging from the recent market action, we don’t think we have seen that yet.

While the coming days and weeks might see us test lows from last year, it’s important to stick with a portfolio that is well suited for your risk tolerance and to focus on your long-term financial goals.