Getting Past the Mid-Term Elections

Getting Past the Mid-Terms

With the mid-term elections behind us, we can now focus on a more meaningful dialogue around the markets. After all, markets inherently do not like uncertainty.

Using history as a guide, I thought it would be relevant to look back to see how the US markets have fared post mid-term elections. In short, history would suggest that you would buy into mid-term election year turbulence, which is precisely what we have had so far this year!

One of the most interesting figures I have seen is the average decline before the mid-term election and the average gain from that low the following year. As you can see from the chart below, the average decline before a mid-term election has been – 20.6% from the markets peak to trough. The average gain from those lows to the high the following year is + 47.3%. While past performance is no certainty for future returns, it certainly provides us with a reason to be optimistic. 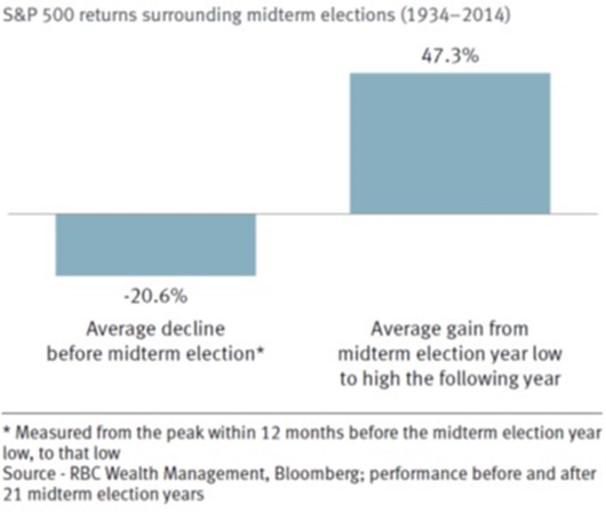 Furthermore, if you look at “Year 3” of a Presidential cycle, or the year following mid-term elections, you typically have very strong market performance. 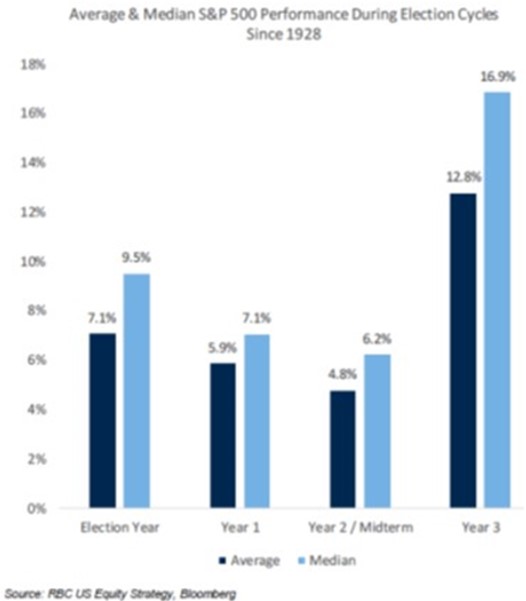 If we parse the data further, we can extrapolate and better understand when the markets do better or worse than the average under which parties rule over the Presidency, House, and Senate. 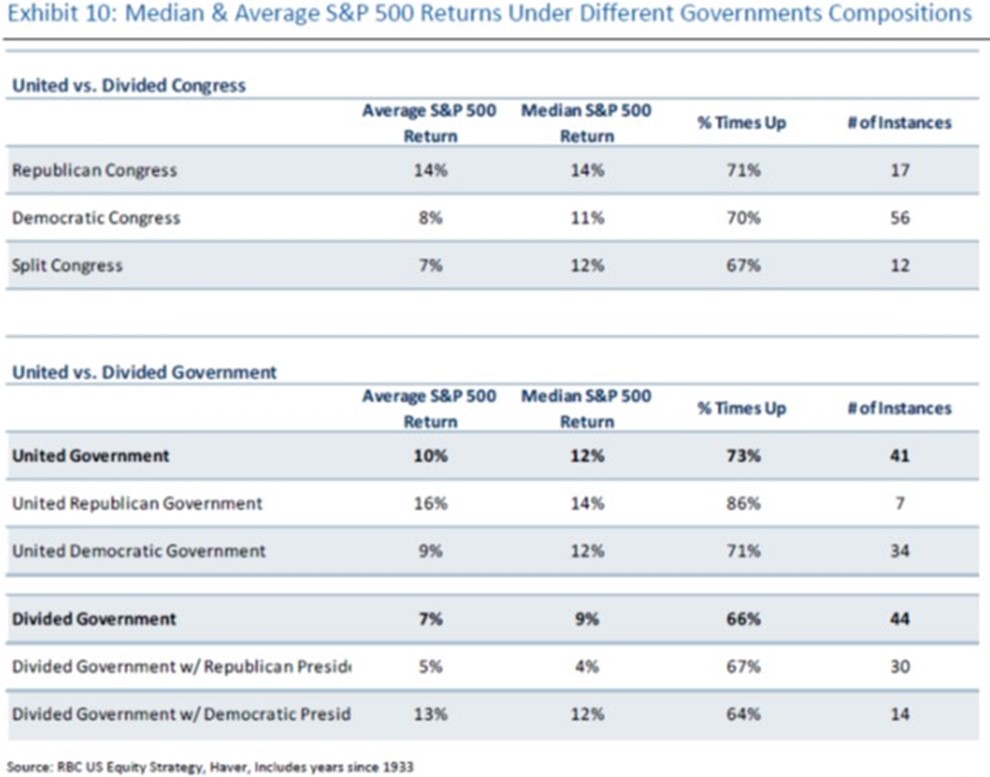 So what does this outcome mean for our investment thesis?

There will most likely be more gridlock. There could be a higher likelihood of a government shutdown around the debt ceiling. There also may be potential investigations of the President, his administration and Trump family finances. All this could lead to risk-off market sentiment. However, it will be very difficult to bring forward impeachment charges as it would have to be done by the Senate (GOP controlled), and even more difficult to get a conviction.

On the positive side, the biggest government policy to impact the market has already been implemented: tax cuts! And these wont’ be repealed. Trade policy won’t change, as the President has executive power. Furthermore, if we get some sort of resolution around trade with China, the market will surely respond favourably.

While all this makes for good entertainment, it’s important to focus on what matters and stick with an asset allocation strategy that makes sense for you. With a strong US economy, low unemployment, and the opportunity of improved market sentiment, this outcome does not change our constructive view of US markets and the US economy. However, there will certainly be more noise surrounding Washington and, therefore, more volatility. So grab your popcorn, sit back, relax, and enjoy the show!