Coping With the Correction

Coping With the Correction

As many of you have noticed, the markets have been in a correction mode since the beginning of October. As you can see in the charts below, the S&P 500 and the TSX have given up a little over 18% and 16% respectively, since their peaks. 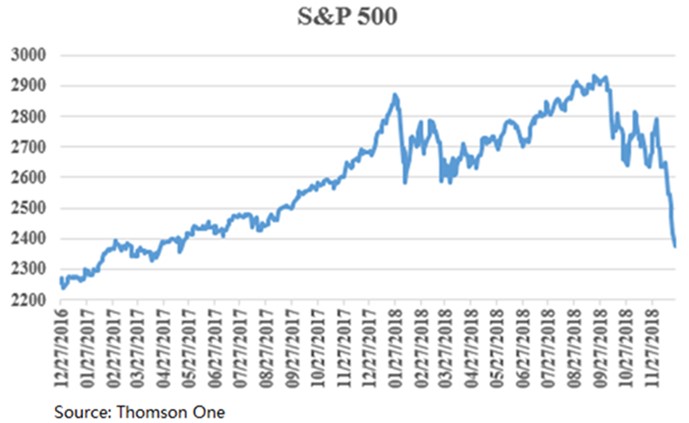 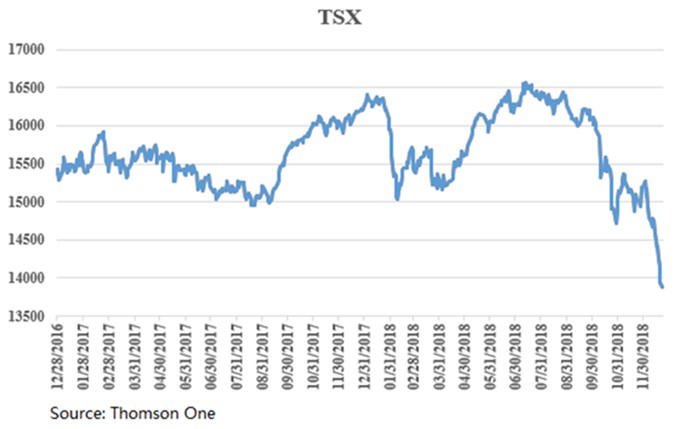 If you recall, not too long ago, in fact about 3 months ago, many of the news headlines were celebrating the strength of the bull market – yet, we were skeptical. We highlighted our concerns in a September blog post titled “Is the Longest Bull Market Worth Celebrating?” where we pointed out that the euphoric market behavior of 2017 combined with the persistent monetary tightening by the federal reserve was not a good recipe for the riskiest of assets.
The selloff has been very broad-based and simultaneous.
“All told, 90% of the 70 asset classes tracked by Deutsche Bank are posting negative total returns in dollar terms for the year through mid-November. The previous high was in 1920, when 84% of 37 asset classes were negative. Last year, just 1% of asset classes delivered negative returns.” - Akane Otani & Michael Wursthorn, WSJ, November 25th, 2018.
On a December RBC Wealth Management Global Insights report, RBC Dominion Securities Investment Strategist Jim Allworth and RBC Capital Markets Portfolio Analyst Kelly Bogdanova remind us of some of the factors that have been driving the weakness in market sentiment:
Given the above market developments, it is comforting to note that the U.S. economic foundations are still showing sign of strength, in fact, none of RBC Wealth Management’s 6 major recession Indicators are flashing red/yellow, suggesting that the current economic expansion is still underway:
Take a look at the chart below and notice that when valuing the markets using price-to-earnings (P/E) metrics we can see that valuations have come down significantly from levels that were considered highly overvalued. The S&P 500 trailing-twelve-month P/E ratio has gone from a multiyear high level of 21x in January to around 16x today. 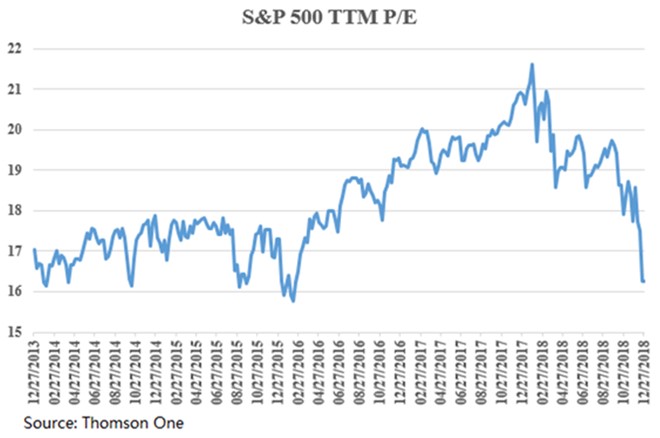 There is no doubt that many asset classes have gotten significantly cheaper in the last couple of months, and we most certainly will be keeping an eye out for opportunistic entry points in a select group of sectors.
We will continue proceeding with caution, avoiding the short-term fads and the irrational behaviors that have spread across the markets in the last few years.
Our team would like to wish you and your family a wonderful Holiday Season and a happy New Year. 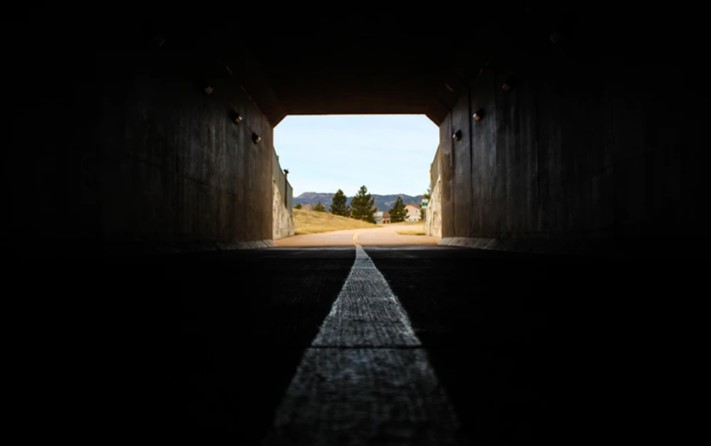 The road to recovery for the U.S. economy 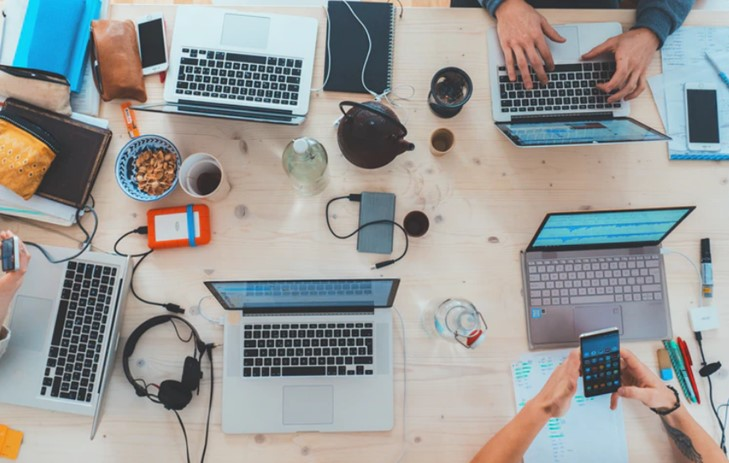 How Big Tech is using a Downturn to its Advantage

The economic shut downs that were put forward to minimize the spread of COVID-19 have impacted every inch of the global economy, from the manufacturing of products and delivery of services to the channels through which we then consume these goods and...