In our featured economic commentary this week, we briefly comment on the Canadian dollar, as well as the peaking third wave of the virus in Canada. We then turn our attention to the global tech sector to discuss the tug of war between earnings and valuation headwinds.

We have also included three great resources for you this week, two focused on the economy and one just for business owners:

It was another relatively calm week for global equity markets, with many fluctuating near all-time highs. The U.S. central bank provided an update on its outlook, and the messaging around inflation and approach to monetary policy was largely consistent with what it has been communicating for some time. This stood in contrast to the Bank of Canada, which just last week indicated it would begin to incrementally withdraw some stimulus by reducing its purchases of government bonds. As a result of the divergence between the two central banks, the Canadian dollar has been notably strong of late, reaching a three-year high. In this week’s economic update, we provide an update on the Covid situation, and focus on the global technology industry whose earnings results over the past week were closely watched by investors.

The third wave of the virus appears to have peaked in Canada over the past few weeks. The country’s seven-day average rate of new daily infections sits near 8,000, versus 8,600 from the same period a week ago. Declines in the pace of new daily infections were witnessed across some of the big provinces such as Quebec, Ontario, and British Columbia. Saskatchewan was relatively unchanged, while Alberta had a modest increase. More problematic were Manitoba and Nova Scotia, both of whom saw a meaningful jump in the number of new daily infections, and the Northern Territories also saw an uptick. While it is certainly premature to proclaim an end to the country’s third wave, there are reasons to be more optimistic. Additionally, vaccinations continue to ramp higher, with more than 30 percent of the country’s population having now received one dose.

Elsewhere, cases continue to steadily decline in the U.S., while Europe is also seeing a falling trend in new infections, though a wide disparity exists from one part of the region to the next. Turkey for example continues to face elevated case figures, prompting the country to enter into a renewed lockdown. Meanwhile, India has yet to see a notable decline in its infections, with the country still reporting a staggering level of over 350,000 new daily infections per day over the past week.

The global technology sector has become one of the most scrutinized by investors for a number of reasons. Firstly, it is arguably the most important global sector, representing the largest weight by far in global markets. As a result, it has meaningful influence over the direction of global stock market returns. Secondly, it has been on a remarkable run for a number of years, helping to propel global markets higher. Lastly, investors have been hoping that robust earnings growth could help offset some of the valuation headwinds that emerged earlier this year as a result of higher bond yields.

This week’s earnings reports, highlighted by very strong revenue growth in some cases, helped to remind investors that fundamentals remain solid and future prospects are bright. In many cases, businesses tied to cloud computing, e-commerce, advertising, cybersecurity, and wireless connectivity, among other themes, are benefitting from secular tailwinds that have existed for some time and were accentuated by the pandemic. The results released over the past week suggest the tailwinds remain strong today. Moreover, management teams of many businesses struck an optimistic tone about the prospects for stronger near-term demand, fuelled by a reopening of the global economy.

The operating environment remains undoubtedly positive for many high growth technology companies. Nevertheless, it is important to recognize the risks that the stocks, rather than the businesses, face. To begin with, expectations of future growth are already high and reflected in current valuations. The companies will have to deliver growth that exceeds current estimates in order for their stock prices to move meaningfully higher in the future. Furthermore, valuations are very sensitive to interest rates. Investors typically value a stock by estimating future earnings and cash flow, and discounting those future streams back to present day values using an interest rate. A stock’s current value is therefore susceptible to changes in the rate that is used, and this is particularly true for high growth businesses. Simply put, higher interest rates and bond yields could more than offset a stock’s strong earnings growth.

The strong results from the technology sector should be supportive for markets near-term given the sector’s prominence, but at some point bond yields may resume their march higher as investors shift their attention back to the potential for building inflationary pressures. We believe it’s important to manage for this risk by ensuring that portfolios are well-diversified, with exposure across sectors that can help to offset the vulnerabilities within high growth technology holdings. Ultimately, the threat may come to pass with no meaningful impact, but it’s prudent to remain vigilant rather than to risk complacency.

Vaccinations, inflation and productivity growth on the rise

Vaccinations have accelerated across developed countries, while infection numbers remain concerning in emerging markets. In this video, Eric Lascelles, RBC Global Asset Management’s Chief Economist, reviews ongoing global virus and economic developments, and comments on the recent spike in inflation. He also sheds light on the factors behind productivity growth across various sectors, including health care.

Watch the video or read the transcript online: Vaccinations, inflation and productivity growth on the rise 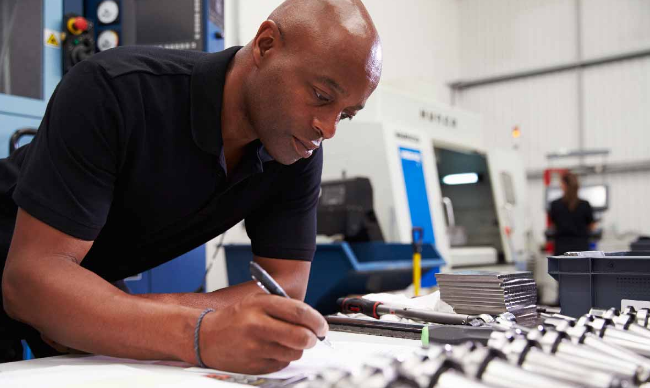 Non-repayable government grants can allow companies to expand, create jobs, advance innovation, and launch environmental initiatives. The question is: How do businesses successfully apply for the grants that can help them grow?

Learn more in this article: Six things to consider when applying for government grants and funding

In our economic update this week, we focus our discussion on the Canadian stock market (which has been one of the best performing year-to-date). In addition to our economic commentary, we’ve included three other links with economic and global insights:...