In our featured economic commentary this week, we discuss the recent calm in global equity and bond markets, sector rotation, and the divergent paths that we are likely to see through the rest of the year.

In addition to our economic commentary, we’ve included two other economic updates and one cybersecurity article that may interest you:

Do you want to hear the latest economic news from a leading industry expert? Don’t miss the next event in the Elinesky Schuett Speaker Series, 2021 Global Update: A new investment order, featuring Kurt Reiman. Event details and your RSVP link are below.

There has been a sense of calm in global equity and bond markets of late. Gauges of broad market volatility now sit near levels not seen since before the pandemic began more than a year ago. This development has been encouraging as it has come in the face of another wave of COVID-19 spreading across the globe. We provide an update on the virus situation below, and discuss the divergent economic paths that countries may experience as we move through the rest of the year.

The past few weeks have been characterized by an acceleration of COVID-19 cases across the world. Unlike prior waves, this one is being fueled by variants of the virus that are exponentially more transmissible, infecting younger people and leading to a surge in hospitalizations in some jurisdictions. This is particularly the case in Canada, which has seen its seven-day average rate of new daily infections rise to nearly 6,500, versus the 4,500 from two weeks ago. Ontario represents close to half this figure, but Alberta and British Columbia have seen cases meaningfully accelerate, and Quebec’s growth rate is not far behind. Most of these provinces have implemented new lockdowns or restrictive measures with the hope that levels could plateau in a few weeks from now. Saskatchewan and Manitoba have also seen increases, though to a lesser degree. Fortunately, new daily infections have not increased much in the Maritimes and Northern Territories.

In Europe, the news is somewhat mixed. There are some early signs that cases may have peaked in some countries given the lockdowns implemented weeks ago, but some continue to report new highs in daily fatality rates. Elsewhere, Japan’s infection rate is on the rise, Brazil’s figures have come off a recent peak but remain elevated, and India recently reported a record high of more than 130,000 new daily infections.

Encouragingly, the U.S., U.K., and Israel continue to see limited acceleration in new infections, suggesting that a combination of vaccinations and previously high infection rates may be limiting the opportunities for the virus to spread. Nevertheless, it may be too early to claim victory as new cases remain elevated, and a handful of U.S. states are experiencing meaningful increases in infections, driven by the same variants that have taken over in Canada.

The resurgence of the virus around the world in recent weeks may have played a role in curtailing some of the inflation concerns and bond volatility that surfaced earlier this year. As a result, the last few weeks have seen some sector rotation in the global equity markets. The strong rally in cyclical parts of the global equity market – energy, mining, banks, and industrial companies for example – has stalled a bit, while areas like technology and other so-called growth stocks have stabilized and seen some gains as of late. In turn, this rotation has driven some recent outperformance of the U.S. equity market relative to others.

Investors have acknowledged that a simultaneous re-opening of most economies around the world is unlikely to occur, and instead we are likely to have divergent re-openings and economic trajectories throughout the course of the year. The U.S. and U.K. may initially lead on the growth front, while other economies falter given renewed measures put in place and slower vaccination rollouts. But investors are looking past the near-term headwinds, believing that lockdowns and mass inoculations will eventually prevail, allowing regions like Europe, Canada, and Asia to catch up and propel a stronger tailwind for economic and earnings growth towards the end of the year.

We suspect that the volatility in bond yields and concerns around inflation have not completely disappeared, and may resurface when some of the incoming data over the next few months reveal that the economic recovery is gaining steam and global breadth. That may once again reignite an intense debate around whether central banks, like the U.S. Federal Reserve, will have to tighten monetary policy earlier than they have indicated.

Use this link to watch the video online: Third wave and economic news in North America, Europe and India 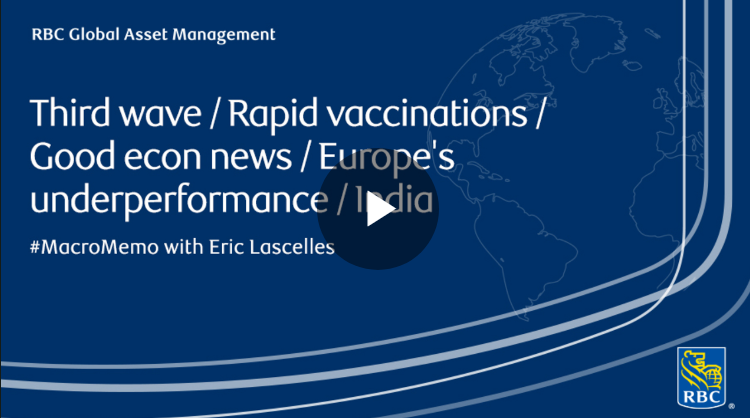 Kurt will be sharing his expertise and insight during this special online event, providing an updated 2021 Outlook that will focus on three main themes:

Kindly RSVP by Monday, April 26, using the link below. 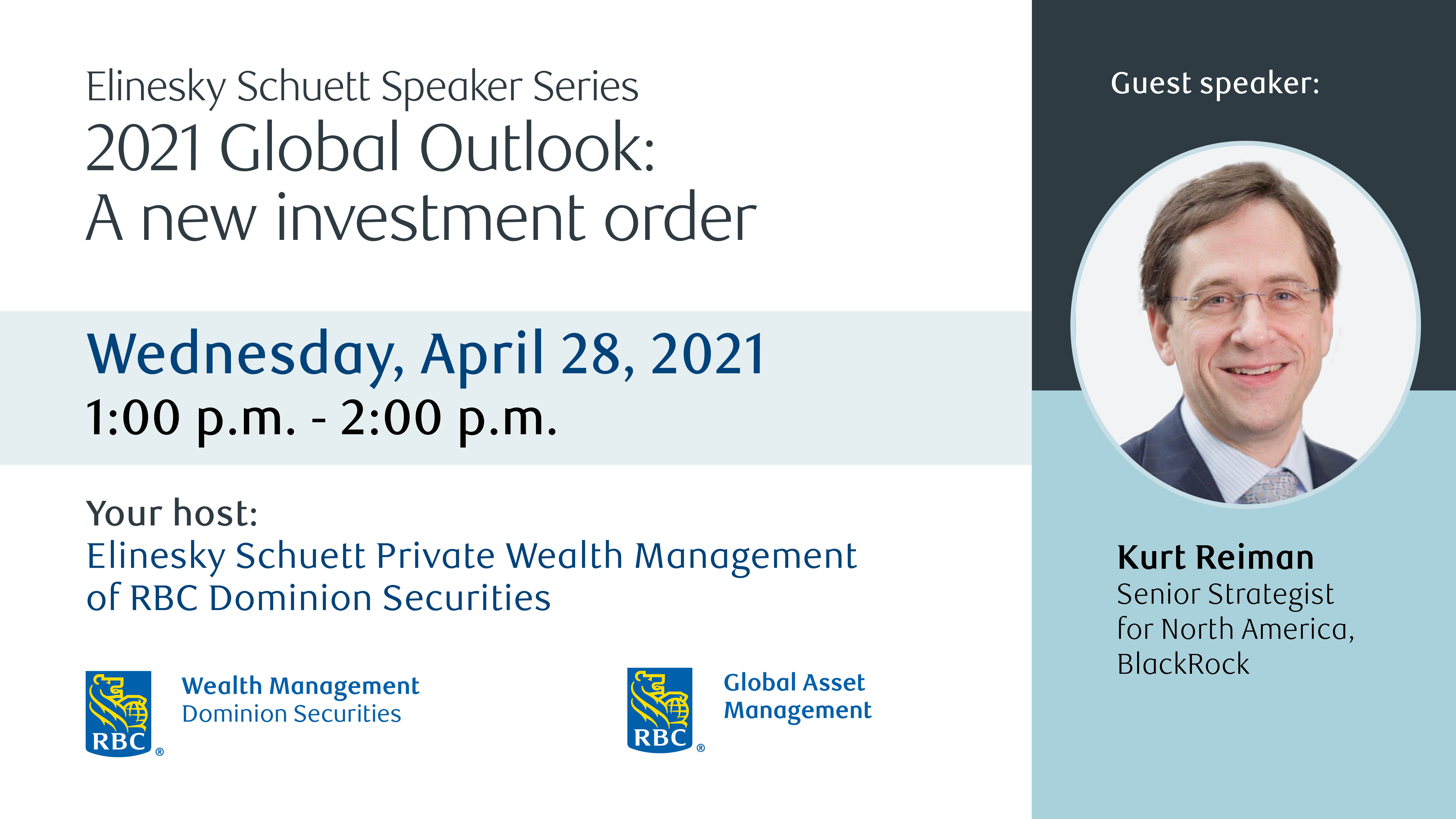 SMSishing scams start with a text from an impersonator trying to get you to believe they're someone they're not. Here's how to stay safe — in two minutes or less.

In our featured economic commentary this week, we discuss the worsening virus trends in some parts of the world, including Canada, and some resistance that bond yields faced this past week. In addition to our regular weekly commentary, we’ve also included...

In our featured economic commentary this week, we discuss the market jitters that continued despite the U.S. Federal Reserve delivering a message that would normally have calmed investor nerves. In addition to our commentary, we’ve also included a link...