In our featured economic commentary this week, we discuss the market jitters that continued despite the U.S. Federal Reserve delivering a message that would normally have calmed investor nerves. In addition to our commentary, we’ve also included a link to an article that provides insight into how the recovery is taking shape.

We’ve also included a few articles, podcasts, and videos that are not related to the economy in our post this week:

As always, we end our weekly blog posts with a few good news stories from in and around our community

All eyes were on the U.S. central bank this past week, and investors got what they were hoping for as the Federal Reserve reassured them that they have no plans to change policy any time soon. Nevertheless, the sell-off continued in the bond markets, while parts of the equity markets saw renewed pressure. The Canadian dollar sold off too, although it remains close to a three-year high. We discuss this a bit more below and provide a brief update on the virus front.

The third wave of the global pandemic has continued its ascent over the past week in several countries. In Canada, the seven-day average rate of new daily infections stands at 3,300, versus the 3,000 from the same period a week ago. Ontario continues to drive nearly half of the country’s new infections, though Alberta and Manitoba saw the fastest rates of new infection growth over the past week.

There has been little change elsewhere, with parts of Europe imposing lockdowns once more as the rate of new infections has shown no sign of slowing. The trend is the same in Turkey and India. Brazil appears to be faring the worst of all, with its health care infrastructure under severe duress across the entire country.

The U.S. has yet to see any signs of a meaningful pickup in cases, though it is worth noting the number of new daily infections is higher than it was in the same period a week ago.

All eyes on the “Fed”

The U.S. Federal Reserve (Fed) meaningfully raised its economic growth projections for the year, lowered its unemployment forecasts, and modestly raised its expectations on inflation. With respect to the latter, the Fed reiterated its view that inflation will increase this year, likely above its target as the economy reopens, but then drift back down next year as things normalize.

The Fed’s commentary suggests that it currently has no changes planned to its approach to monetary policy, both with respect to asset purchases and interest rates. On the former, it indicated the rate of monthly bond purchases it has been making in an effort to increase the money supply and promote economic activity will remain in place until “substantial further progress” is made on its employment and inflation goals. The Fed indicated that it will try to communicate well in advance when it expects to achieve these levels. On the interest rate front, they indicated that there is little probability of a hike in rates until late 2023.

The announcement from the Fed was largely in-line with what most investors had anticipated, but it seems to have done little to alleviate the market’s concerns that monetary policy may have to tighten sooner than planned in order to limit sustained inflationary pressures.

Most investors have understandably been preoccupied with the recent volatility in the bond markets, and the subsequent rotation witnessed across the equity markets. As a result, the Canadian dollar strength has largely flown under the radar, but it has quietly outperformed most other major currencies so far this year.

The rise in the Canadian dollar this year has been notable, as it has occurred in the midst of a relatively strong period for the U.S. dollar. This suggests that the Canadian dollar is being driven by domestic issues, as opposed to just broad U.S. currency weakness. These factors range from strengthening prices for commodities, such as oil and base metals, to increasing comfort that the elevated level of household debt won’t result in a major credit headwind in this country.

There is also growing anticipation that the Bank of Canada is more likely to slow its own pace of bond purchases, known as quantitative easing, before its U.S. counterpart. That may add further strength to Canadian bond yields, which in some cases (2-year and 5-year maturities for example) are already higher than in the U.S. In turn, these higher yields could make Canadian government bonds a more compelling alternative to U.S. government bonds for global investors, thereby providing some support to the Canadian dollar.

There is also the possibility that some of the competitive advantages that the U.S. has enjoyed over Canada could fade in the coming years. This may be particularly true with respect to taxes, as the U.S. is considering its first major tax hike in nearly thirty years to partially fund some of the massive stimulus already undertaken and yet to be announced. It remains premature to assess the probabilities of this occurring, but it could further support the Canadian dollar in coming years were it to materialize.

We expect some of the aforementioned tailwinds for the Canadian dollar to remain in place this year. While it presents a modest headwind to the performance of the U.S. and foreign investments we make in our portfolios when viewed in Canadian dollars, we believe it is a cost worth paying to ensure a well-diversified portfolio. 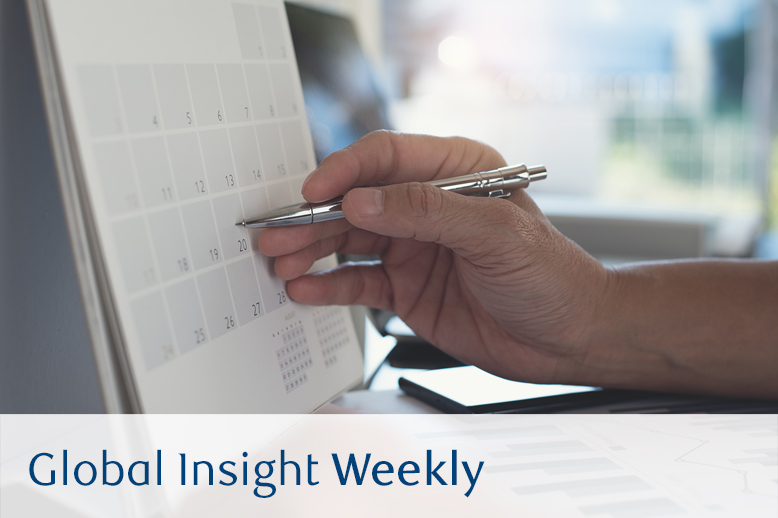 Even though some sectors continue to suffer from the scarring effects of the pandemic, the global economy is faring better than many had feared. Not only has economic activity rebounded enthusiastically on partial reopenings last autumn, but the second wave of the virus has taken less of a toll on activity than the first as people and businesses have adapted to life in a COVID-19 world.

Read the full article online: One year later: How the economic recovery is taking shape

Chris is a renaissance man who effortlessly floats between science, music, space, humanity and being a best-selling author who is also releasing his first non-fiction book - The Apollo Murders. Most of us dream, but what separates Chris from most is how he chases his dreams with curiosity, conviction and care for Planet Earth, and all living creatures.

If you want to chase your dreams, then listen to the life lessons that Chris Hadfield offers: CHASING DREAMS MATTERS to Chris Hadfield

It’s tax time! The 2020 tax season is underway, and we thought you might be interested in a few of these tax resources.

This guide summarizes the important dates and required tax information to prepare your annual tax return. It also includes a handy list of potential tax slips you may receive from RBC Dominion Securities® (depending on your investment holdings and account activity).
Client guide to 2020 Tax Reporting

Have questions? Please contact us if you would like us to put you in touch with a tax professional.

Each week, we like to end our blog posts with a few good news stories from in and around the community. We hope that they brighten your day!

In our featured economic commentary this week, we discuss the worsening virus trends in some parts of the world, including Canada, and some resistance that bond yields faced this past week. In addition to our regular weekly commentary, we’ve also included...

In our featured economic commentary this week, we discuss the recent calm in global equity and bond markets, sector rotation, and the divergent paths that we are likely to see through the rest of the year. In addition to our economic commentary, we’ve...

A guide to family meetings: Five tips to consider