Important conversations about truth and reconciliation for Indigenous people and their communities are taking place across Canada, acknowledging a painful past and in hopes of providing some healing for a brighter future.

The mistreatment of Indigenous people was once again brought to the forefront in the summer of 2021, with the horrific discovery of unmarked graves at former Indian residential schools across the country.

It reopened a dark chapter in Canada's history and brought awareness to the Every Child Matters movement, calling on Canadians to remember the children forced to attend residential schools and those who never made it home. It also renewed broader discussions about Indigenous treaties; First Nation, Métis and Inuit land claims; and the shortfalls in the Indian Act, the primary law the federal government uses to administer Indian status, local First Nations governments and the management of reserve land.

Truth and Reconciliation Week, is a time for Canadians to reaffirm a growing commitment to listen, take action and continue the reconciliation journey with Indigenous communities. The federal government has also declared Sept. 30 a national statutory holiday dedicated to honouring survivors, their families and communities and to ensure that public commemoration of the history and legacy of residential schools remains a vital component of the reconciliation process.

Truth is uncomfortable but necessary

Reliving the memories and reviving the discussions will continue to be difficult, but doing so is necessary for reconciliation, says Cowessess First Nation Chief Cadmus Delorme, whose community discovered 751 unmarked graves at a former residential school on its land, about 150 km east of Regina.

“Truth is uncomfortable to talk about, so we must prepare ourselves for uncomfortable conversations—but we can do it in a way that's not cornering, that's not directly trying to hurt, and instead in a way where we stand beside each other and are readily available to comfort each other in better understanding the truth,” says Chief Delorme, whose parents and great-grandparents are residential school survivors.

“One of the things I've learned, as stories of the unmarked graves have come forward, is Canadians are now putting down their shields and admitting that they don't know much about the truth Indigenous people face today and have faced for a generation in this great country. The message is that truth must come first, then reconciliation will prevail.”

The future of Indigenous communities

By acknowledging the trauma and impact of the residential school system—which has displaced, isolated and harmed generations of Indigenous people and families—and acknowledging and breaking down the institutional barriers that hold communities back, Chief Delorme says Indigenous people can not only begin to heal but also become more empowered to build their communities based on their own cultures and traditions.

Economic empowerment, innovation and cultural preservation will help shape a stronger, more sustainable future for Indigenous communities from coast to coast to coast. “We can change a lot in a generation,” Chief Delorme says.

Economic resilience isn't only about jobs, adds Chief Delorme; it's also about strengthening governance that enables First Nation, Métis and Inuit people “to control their destiny” when it comes to economic investment. For instance, he says the Indian Act puts up barriers for Indigenous communities, costing them more to develop or do other business on their own lands.

“Economic prosperity means that organizations ... must revamp their frameworks and their approach, to better understand the truth Indigenous people face and try to make them more business-ready,” he says.

The future of Cowessess First Nation

Chief Delorme says the Cowessess First Nation's mission and vision are based on three main pillars: economic self-sustainability, political sovereignty and cultural rejuvenation. “Everything we do has to be around those three pillars,” he says.

Economic self-sustainability is the ability of Cowessess First Nation people to pursue business opportunities that benefit their community long-term across different sectors, such as renewable energy, agriculture and commercial developments, like the new Tim Hortons restaurant built on their land.

It also includes the two trusts Cowessess First Nation has set up through RBC Royal Trust, Indigenous Wealth to provide economic stability for its people in future generations. The trusts, which are increasingly common among Indigenous communities in Canada that have received compensation from settlement agreements, are established to align with the unique values, needs and goals of each community, including how the money is invested, how it's spent and during what time frame.

“These trusts are there for our children and children yet unborn,” Chief Delorme says.

The use of these trusts also falls under the second pillar, political sovereignty, alongside the First Nation's right to follow its own laws. For instance, Chief Delorme points to a child welfare agreement it recently signed with the federal government that gives it jurisdiction over its own children in care. The First Nation was the first to exercise this right, but many other Indigenous communities are moving in the same direction.

The third pillar, cultural rejuvenation, is the ability of the Cowessess First Nation community to rediscover its own culture and traditions.

“Colonization was tough on Cowessess. Decolonizing is going to be even tougher. But we want others to know who we are: We are a diverse First Nation and proud of it,” he says of the community, which has about 4,300 citizens, approximately 900 of whom live on the reserve and the rest who live across Saskatchewan, Canada, and other parts of the world.

“We want to make sure our children can walk this world as proud Cowessess citizens doing what they love, whether it's on the reserve, in Regina, or on Bay Street in Toronto,” Chief Delorme says. “So cultural rejuvenation is ultimately who we are as a people—as the rights holder, the first people before this country was built—and what role do we play today, in true partnership with Canada, so we can move forward while maintaining who we are.”

What Indigenous communities have been through over the past several decades has been traumatic, Chief Delorme says. “But at the same time, Indigenous people have never given up. Many Indigenous people are tired of fighting just to remain Indigenous in this country. It takes the Truth and Reconciliation Commission's calls to action to ensure that we don't hand this off to our next generation,” he says. He also calls on Canada to continue the conversation about enabling the rights of Indigenous people to honour and follow their own culture and traditions.

“Instead of Indigenous people adapting to Canada, it's now the obligation of Canada ... to start adapting themselves to more of the Indigenous ideology,” he says.

“That is true partnership.” 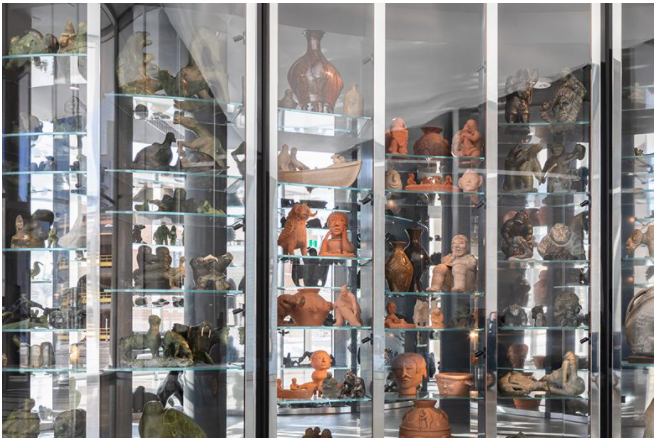